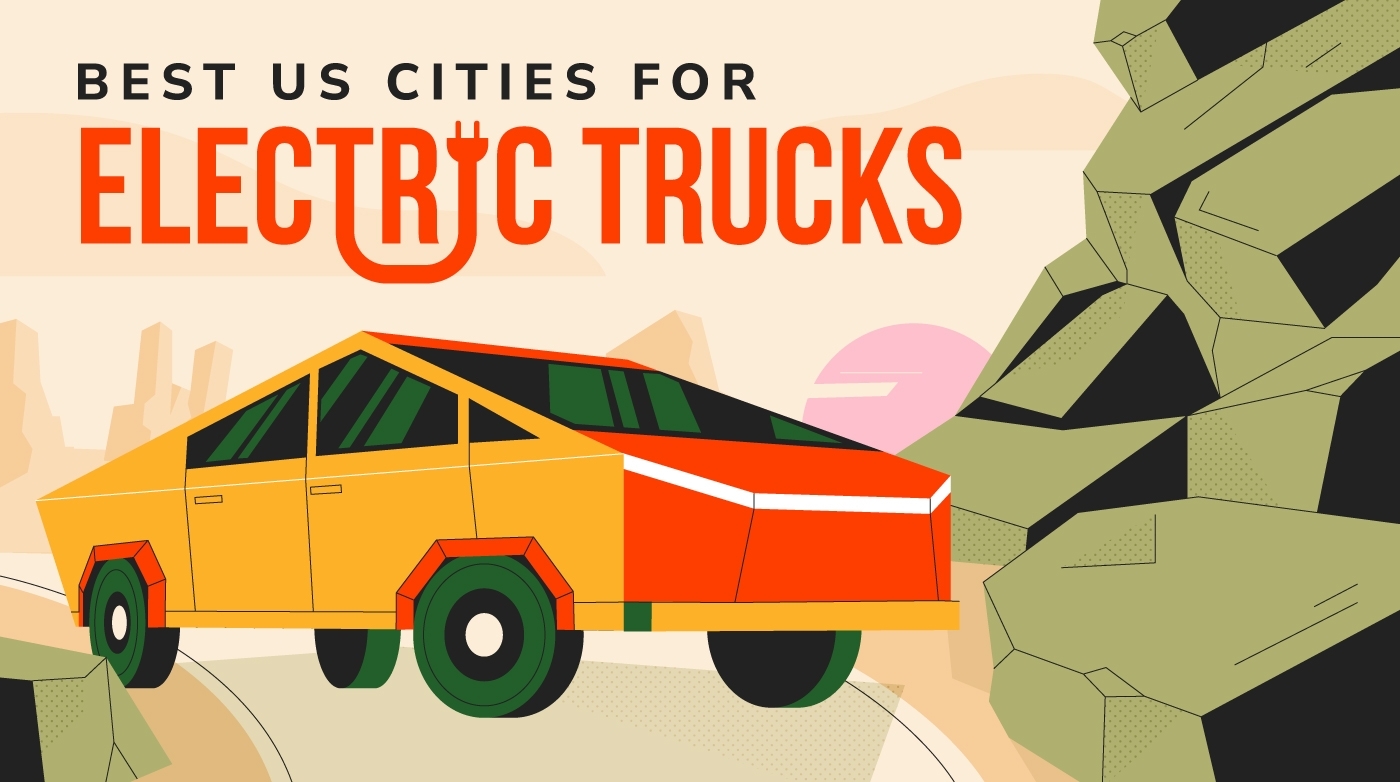 There are few things Americans love more than pickup trucks. Four out of the top ten best-selling cars in the U.S. are trucks, and the Ford F-150 has been America’s #1 vehicle for over 40 years straight.

But as increasing numbers of auto manufacturers begin to transition away from fuel engines, it was only a matter of time before the pickup truck got an electric makeover. In fact, 2022 will mark the release of two highly anticipated, fully electric pickups: the Tesla Cybertruck and the Ford F-150 Lightning.

Could electric trucks be the game-changer that brings America to embrace electric vehicles?

The United States has been comparatively slow to adopt electric vehicles.

But electric trucks could speed up the transition to electric mobility.

Both the Cybertruck and the Lightning will offer power, payload, and towing performance on par with fuel trucks. And, with prices starting around $40k, Tesla and Ford are hoping to nudge the American public towards electric truck mobility with accessible price points and promises of lower cost of ownership.

Where are electric trucks most likely to catch on?

We wanted to find out which American cities (population 100k and up) are primed to become early adopters of electric trucks.

*Read about our sources and methodology here.

Electric trucks will likely catch on in the Western U.S. before the South, Midwest, or East Coast

Of the top 10 cities we identified as leading contenders for electric truck adoption, 9 are located in the Mountain and Pacific Time Zones, scattered between Colorado, Utah, California, Oregon, and Washington State.

Beyond demographics, these regions also offer the perfect combination of state-sponsored financial incentives, well-developed charging infrastructure, and proximity to outdoor adventures that make them prime locations to enjoy both the convenience and rugged capabilities of an electric truck.

Which states are encouraging their residents to drive electric vehicles?

California, home to 12 of our 25 ranked cities, is already a leading market globally for electric vehicles. Currently, 46% of electric vehicles purchased in the United States are bought by California drivers, and 8.1% of all new vehicles bought in California in 2020 were electric.

More than any other state, California heavily incentivizes consumers to purchase electric vehicles. These incentives include a $2,500 rebate (in addition to the federal tax credit) and HOV lane access, among other things.

California’s EV-friendly policies have boosted positive attitudes towards electric mobility among California drivers. A 2020 survey by Ford Motors showed that while only 40% of American pickup drivers, on the whole, would be interested in switching to an electric truck, 62% of pickup drivers in California were excited about the prospect.

Though electricity prices are higher in California compared to the rest of the country, so are fuel prices. By some estimates, the average California resident stands to save $866 per year on mileage by driving an electric rather than a gas-powered vehicle.

In Oregon, Washington, and Colorado, similar incentives exist in the form of income tax credits and sales tax exemptions. In Oregon, in particular, a number of local energy providers offer rebates on the installation of home charging stations.

In Utah, there are income tax credits for those who convert their vehicles to run on electricity, but no incentives currently exist for the purchase of a new electric vehicle. But what Utah lacks in incentives designed to drive EV adoption, it makes up for in cheap electricity, the price for which currently sits roughly 13% below the national average.

One major trend evident from our ranking of the best cities for electric trucks is the predominance of smaller cities on the outskirts of major metropolitan areas like San Francisco, Los Angeles, Denver, Portland, Seattle, Baltimore, and Boston.

This trend suggests that electric trucks may be quicker to catch on in less densely populated areas and areas with high concentrations of people who commute by car. Those who live in the middle of major metropoles, on the other hand, may feel a truck is too large and too much of a parking hassle for driving around the city — regardless of whether it is electric or not.

Furthermore, suburban locales often have better access to the great outdoors, where the off-roading and towing capabilities of an electric truck can be put to good use.

This study was limited to U.S. cities with populations of 100,000 or more, according to 2019 estimates from the Census Bureau.

Our ranking includes 4 categories of data; a relative score of 0-10 was assigned to each city for the following criteria: