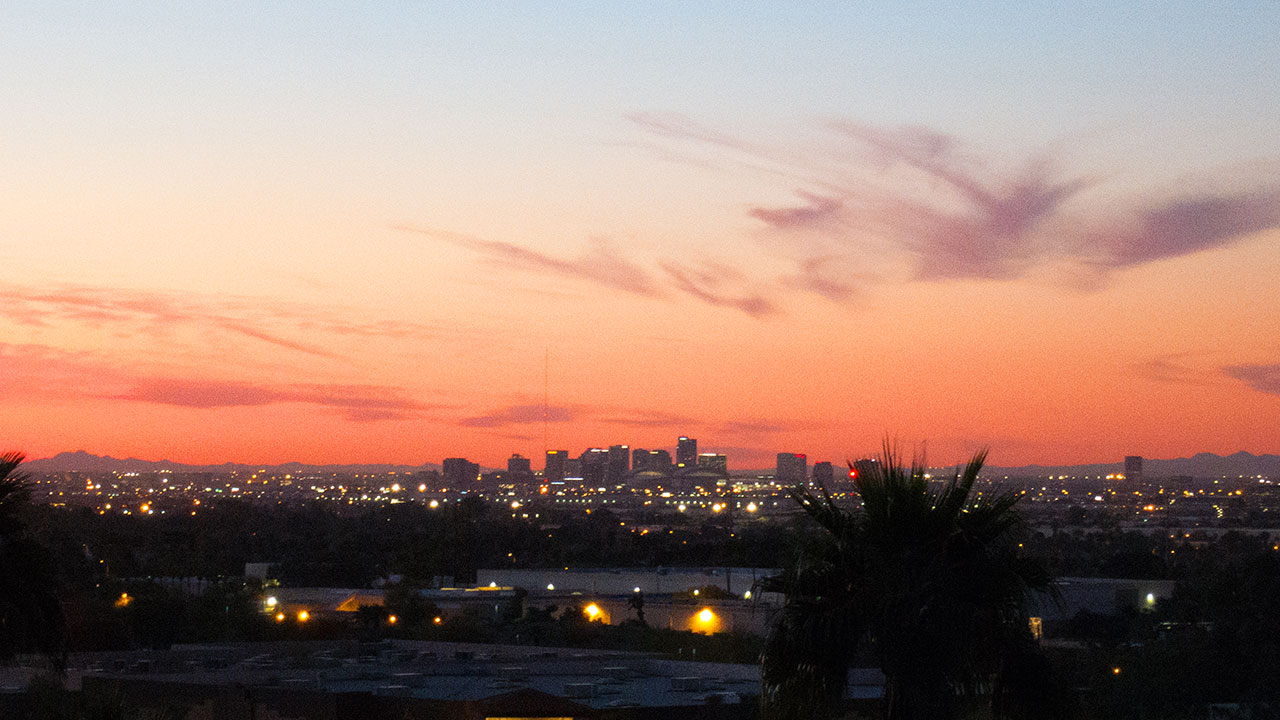 Nestled in the Valley of the Sun, Phoenix is awash with a diverse blend of Native American, Latin American, and Wild West cultures giving the city a unique identity that’s reflected by its population.

Phoenix has EVERYONE: Californians, Mexicans, Native Americans, Midwesterners, and East Coasters. And best of all, they all brought their food and culture!

And if you’re looking for more info on moving to Phoenix, check out our Phoenix move cost guide.

And here’s an aerial tour of the city to help you get a feel for its general vibe.

The Phoenix metro area has a lot to offer because, well, it’s huge.

The Phoenix-Mesa-Glendale Metropolitan Statistical Area (MSA) is home to over 4 million, making it the 6th largest Metropolitan Area in the nation by population.

Below is a rental cost hotspot map for Phoenix and some of its surrounding neighborhoods. The darker the green the more affordable the area. 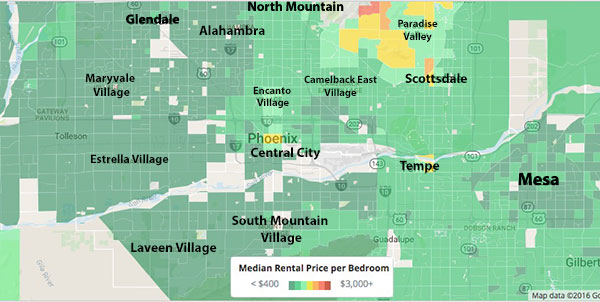 Let’s dig in a little deeper…

Esri.com’s ziptapestry tool provides a unique demographic cross-section of what a specific area is like.

For instance, plugging in the zip code for Chandler (85225) will show you a list detailing the dominant types of people living there. It’s really cool. 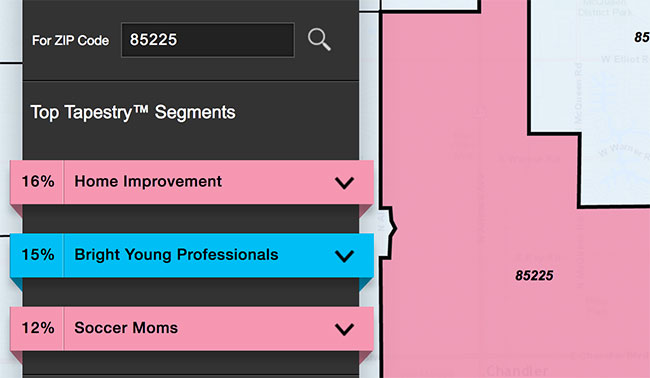 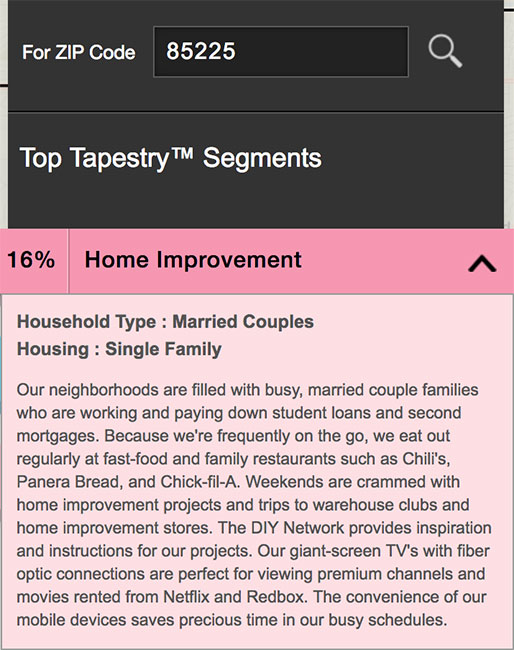 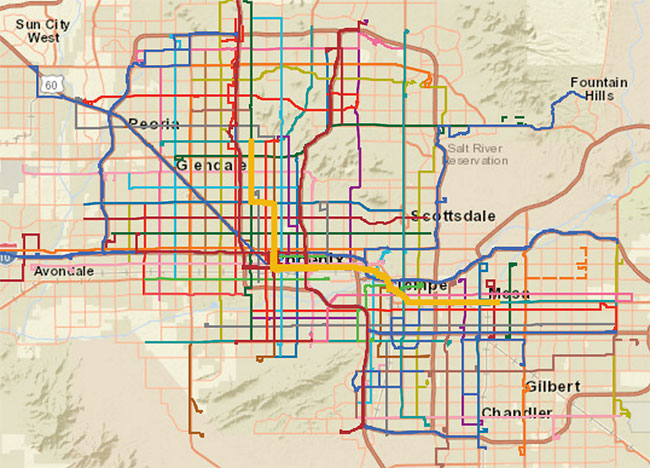 Bottom line: Whether or not you need a car in Phoenix depends mostly on where you live. The closer you get to the city center the easier you can get around without wheels. If you plan on living in areas outside downtown a car will likely be a necessity. Having a car with working AC will particularly come in handy during those hot summer months.

Not a fan of mechanized transportation? Phoenix is the 31st most walkable city of its size in the country. That’s fairly average, but getting around the city by foot is definitely doable. 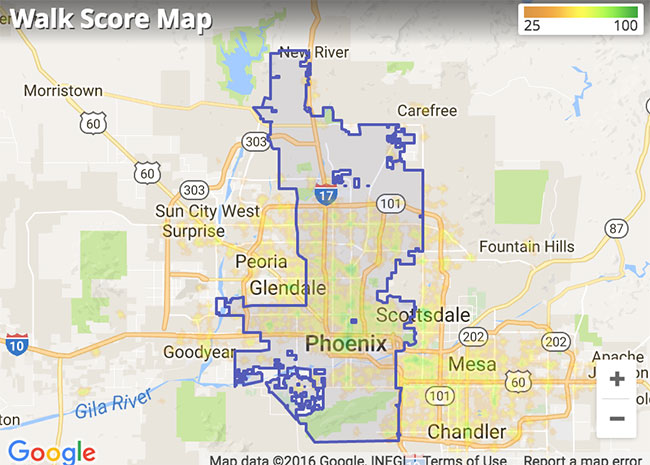 Walking: The most walkable areas of Phoenix include Downtown, Booker T. Washington, and Washington Mall. Generally, the further you get away from the center of the city, the more heavily you’ll need to depend on cars and busses.

Biking: The city of Phoenix has been beefing up its bike routes quite a bit in recent years, and they’ve got the bike score to prove it! Aside from the hot summer months, many people actually find it preferable to bike around the city rather than walking and driving.

Short answer: yes.
Long Answer: some parts are extremely safe. Others…not so much. 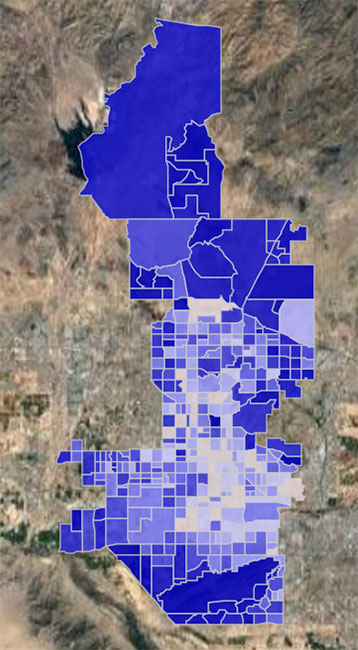 To the left is a crime map of the city. The bluer the better, the greyer the more crime there is. You can see that the most crime happens in East/South Phoenix.

In Center City and the neighborhoods we’ve been discussing there’s barely any crime, and the farther we get out, the more it lessens.

Straight to the point: Avoid South Phoenix, Maryvale, Guadalupe, and what’s called “The Square” in North Phoenix. The Square is bordered by Union Hills, 32nd St, Cave Creek, and Greenway Road late at night. Otherwise, you should do alright. 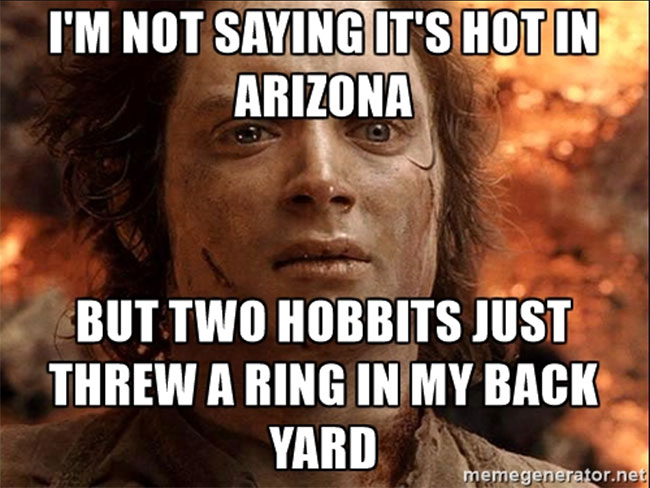 First off, an apartment in Phoenix must have air conditioning (duh). The summers get very hot, with highs reaching into the low 100s. Scorching hot. fry an egg on the sidewalk hot. 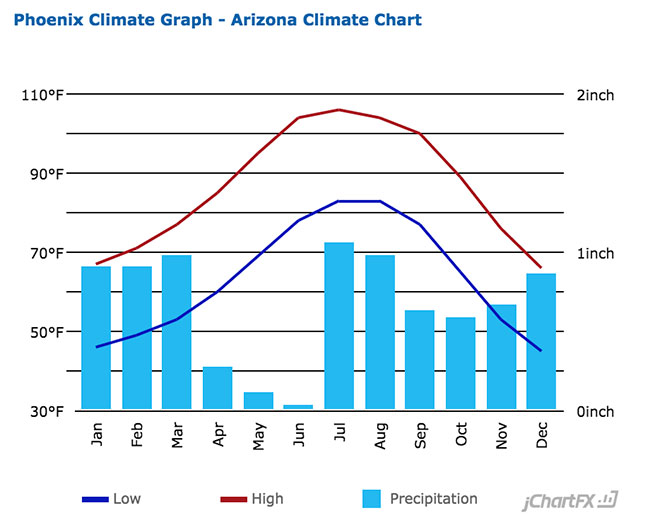 Another must-have is a washer/dryer. Laundromats are few and far between, and they’re pretty sketchy.

You’ll want to make sure your apartment budget includes how all the air conditioning is going to impact your average electric bill too.

Where to find apartments

Here are some good websites to find apartments. Use the sort functionality to drill down on your desired number of bedrooms, budget, etc.

It might surprise you, but Craigslist is actually a very useful site for finding apartments (especially places whose owners/landlords are desperate to rent out).

Basically, Phoenix is a great place to rent right now. It’s very cheap relative to its size and population, its average rent is increasing slower than it is nationally, and there are more places to choose from.

Gilbert is considered to be one of the fastest growing suburbs, though it’s maintained its original small town feel. 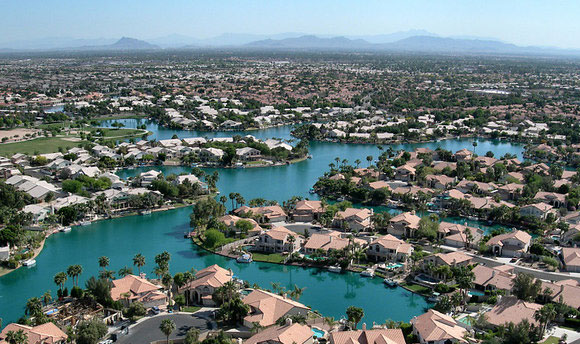 Gilbert offers some of the most affordable housing in the Arizona area; great green spaces (which is rare in Arizona) and quiet safe neighborhoods with very little crime. Gilbert has great schools from elementary to high school and is a nice place to raise a family. It’s also still within bus limits.

To search for houses to rent in Gilbert, click here.

Scottsdale’s got a rep for their pristine and culturally lavish residential atmosphere, but the best of the best comes at a pretty penny.

There are several great elementary, middle and high schools in town. It’s a great place to raise a family while still keeping the nightlife elements for after the kids go to sleep.

To search for houses to rent in Scottsdale, click here.

If you want to get an idea on the cost of different moving services, check out our moving cost calculator.

The heat is always something to consider when moving to Phoenix. You’ll want to ask your moving company about climate control options for moving. Things like fine wood furniture, instruments, art, and electronics are susceptible to heat damage.

Phoenix has wide, modern streets so parking a moving truck usually isn’t a problem. Typically, overnight parking of moving trucks is allowed as well. You still want to check with the city and local Home Owner’s Association to make sure there are no additional regulations.

Your best bet is to contact the city ahead of time and make sure no permit is required. If you’re going to be blocking the street it’s likely a permit will be required.

Apart from the partying, Phoenix has something for everyone in every season including (but not limited to) hipsters, nature people, family folks, and art aficionados.

For starters, you’ve got tons of hiking. Look out any of your windows and you’ll probably see a mountain. Finding a nice time to go shouldn’t be a problem either since 8 out of the 12 months in Phoenix are delightfully sunny and 75. Camelback Mountain and Piestawa Peak are just a few with amazing views. 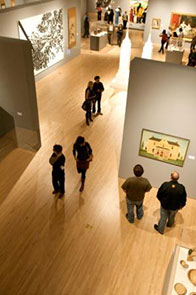 Once you’ve had enough fresh air, go visit the Phoenix Art Museum. The Southwest’s largest fine art museum features a collection of contemporary work and global masterpieces. Visit Wednesdays from 3 p.m. to 9 p.m. during voluntary donation time, or the second Sunday of the month from noon to 5 p.m. for Free Family Sundays!

If you’re in the mood for more culture, take a walk down to Roosevelt Row: the creative heart of city. Roosevelt Row is home to galleries, mural-splashed business walls and a monthly art walk.

This art district is also home to First Fridays — a vibrant art walks in downtown and midtown Phoenix happening on the first Friday of every month. It fills the city with street art, live performers, gallery exhibits, food trucks, and passionate locals. 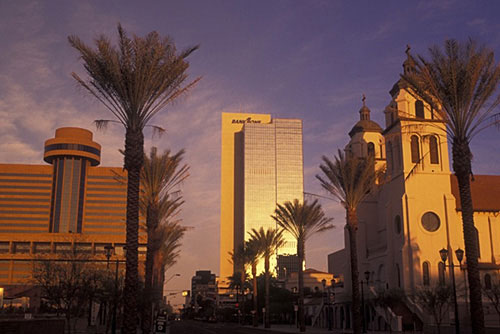 Home of ASU, Greater Phoenix knows how to party. Here’s a little insight on where to go when the desert sun goes down: 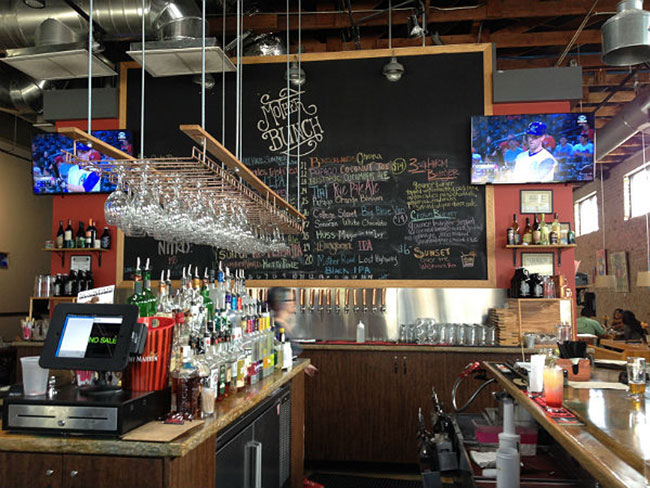 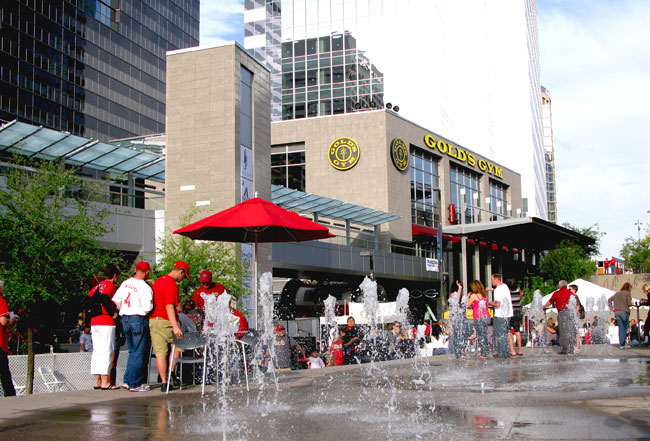