Ah, Mexico the country I call home but also one of the most misunderstood places.

If all we know of the place is what we see on the news, there’s no way anyone is moving there.

For one thing, the middle class is larger than the entire population of countries like Canada or Australia.

While there are a lot of problems that affect different areas of the country, most of it is isolated and concentrated in rural communities and certain cities.

That means that for the wider population, violence in Mexico is witnessed on the news, not in their everyday life.

Looking past stereotypes and exaggerated stories, Mexico has an insane amount of things to offer that no one should miss out on.

From food, natural wonders, culture, architecture, kind people, and sometimes, a more comfortable lifestyle, Mexico might just be the country for you.

List of best international moving companies to help you move to Mexico with ease.

Looking for world-class education without the US university price tag? Consider doing university in Mexico.

I put this one first because this was actually why I moved to Mexico in the first place.

Tecnológico de Monterrey is a perfect example of one of these options. Although paying 5 figures a semester in the US is pretty normal, at Tec de Monterrey, you will pay a maximum of $7,000 USD. Being one of the most expensive universities in Latin America, that’s not too bad.

And we’re talking about a school that’s ranked higher than universities like Dartmouth, Texas A&M, Norte Dame, and Vanderbilt.

Not to mention, being among the future leaders of Latin America can really push your boundaries of what you believe to be possible for your future. I can attest that to be true for me.

Tec de Monterrey has campuses in all of Mexico’s major cities and here is a list of other top colleges in Mexico:

Do you need to know Spanish?

Most of these top schools have immersion programs for foreign students and aid their Spanish learning. I had classes with a number of international students who didn’t know Spanish very well, and professors were very accommodating allowing them to turn in assignments and tests in English.

If you’d rather not have to learn Spanish. Arkansas State University has a campus in the central Mexican city of Querétaro that is 100% in English. This way, you can get the experience of going to school in a foreign country with a familiar American education.

It’s no secret that Mexico is soccer crazy so chances are, if you can’t make it at the top level in the US, maybe Mexico isn’t the best option for you in this sport.

However, there are other professional sports in which Mexico isn’t always considered like baseball and basketball.

Let’s face it, the transition between D1 baseball and MLB is for a select few. The same goes for D1 basketball and the NBA. However, there’s a good chance that a D1 star in the US can play at the top level in Mexico.

The top-earning foreigners in Mexican baseball make up to 10,000 USD a month (The average is reported to be around $4,000 USD a month). When you take into account the cost of living in the country, you’re living like a true king. Not to mention, that’s nearly 10x more than you earn in your first contract in minor league baseball.

In the basketball league, average wages go from around $1,000-2,400 USD a month. Now, that’s not nearly as much as baseball players in the country make but the level of play is lower so it’s more accessible.

And when you take into account the very low cost of living, this may be an avenue worth considering to keep playing the game in a professional setting.

It’s estimated that over a million Americans live in Mexico and a good chunk of these are retirees making the most of the mild weather, the slow pace of life, and the low cost of living.

Places like Ajijic on Lake Chapala, San Miguel de Allende (twice designated the best city in the world by Travel and Leisure), Puerto Vallarta, and Mérida have become retiree hotspots for expats seeking a different lifestyle in Mexico.

Not much more to be said here.

If you love great weather, great food, a slow-paced and warm culture and lifestyle, I can’t imagine a better place to live than Mexico without getting too far away from home.

With Mexico’s growing expat community and expanding middle-class, there’s also a growing demand for finer and foreign goods and services.

This means you can cater your offerings to a market that’s hungry for something new.

For example, just a few months ago, a fellow expat opened a New York style bagel shop in our neighborhood in Mexico City and it’s a smashing hit!

Expats love having a piece of home that didn’t already exist in the city and Mexicans are loving the opportunity of trying a New York delicacy right at home. It’s a win-win-win.

For real estate investors, the opportunities lie in a similar market. Being a fellow expat, you can understand the expectations and garner the of people who speak your language, literally and figuratively.

By specializing in expats moving to Mexico, you can establish your position in a growing market and you have all of the advantages that local real estate agents don’t have when it comes to people migrating south.

Since I live in Mexico City, in one of the hippest neighborhoods, these are the expats I see the most.

Thousands of Americans and Canadians have discovered that not only can they make their paychecks stretch more in Mexico, they can also live a better life with other like minded expats and locals alike.

Mexico City is the obvious first choice with an important international airport, a large remote working culture, and a vibrant and diverse nightlife, food culture, and people.

Neighborhoods that most remote workers and freelancers choose in Mexico City are:

Other cities in Mexico to consider:

It’s no secret that the US is not the easiest place to be an artist. A lower cost of living in Mexico can allow artists to make ends meet and do the art that they want to do.

Not only is it about the lower cost of living but artists thrive on inspiration.

Get inspired in a country where dozens of indigenous cultures are alive and well.

Places where the art scene in Mexico is thriving

You’d be surprised at how many multinational corporations are set up in Mexico. Whether it’s because it’s considered the doorway to the 652 million people in the Latin American market, it’s strategic geographic proximity to the US, relatively low wages, easy access to both Pacific and Atlantic oceans, or a combination of all of these, chances are, if you work for a multinational, you can find work in Mexico.

Talk to your employer about relocating or simply take the initiative by checking your job’s international openings. Chances are, they’ll be more than happy to offer their new international role to a familiar face.

Popular places for multinationals in Mexico:

Whatever your situation is, if you want a change of pace, a cheaper cost of living, and cultural exposure, you can figure out a way to move to Mexico. Whether it’s finding a way to make your job work in Mexico, acquiring new skills that allow you to be a remote worker, or even teach English to locals, there are thousands of examples of people who have just picked up and moved themselves to the country with no prior experience. 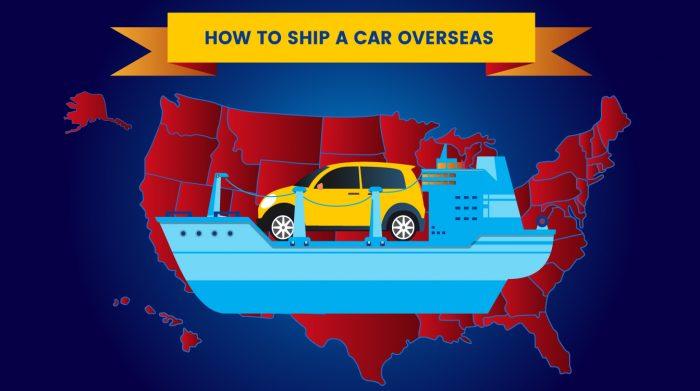 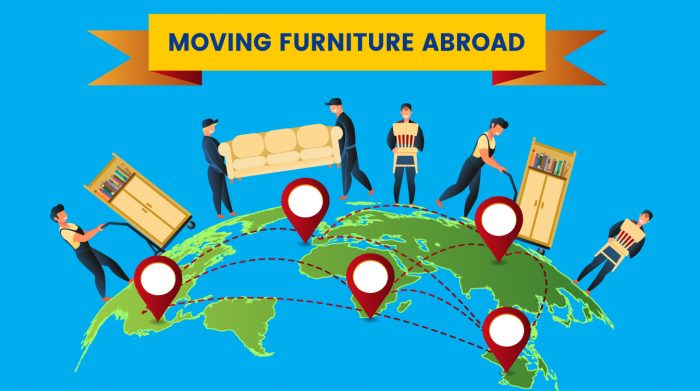 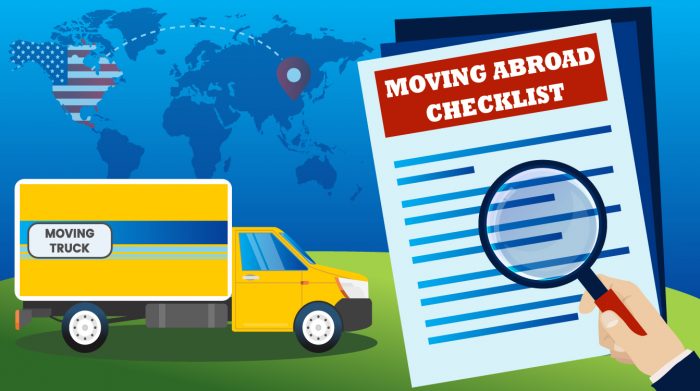 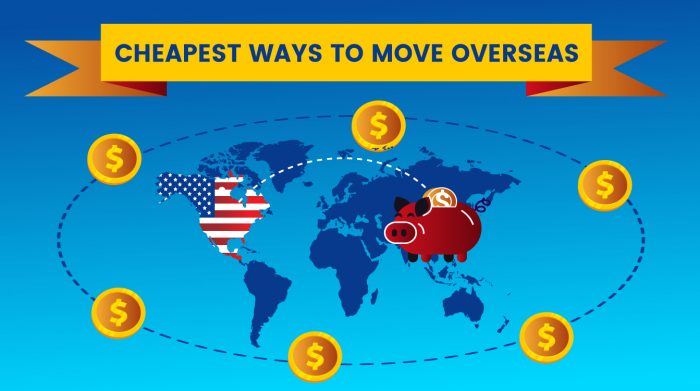 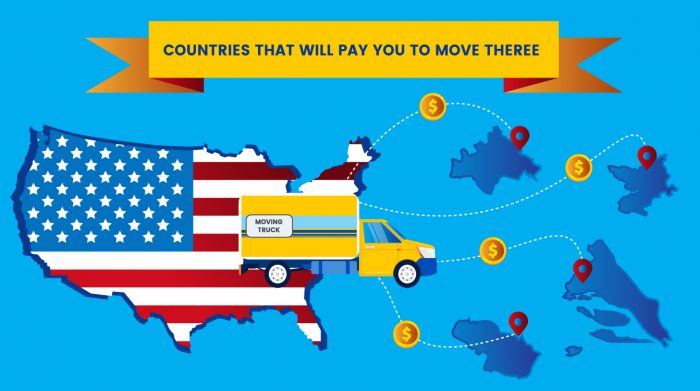 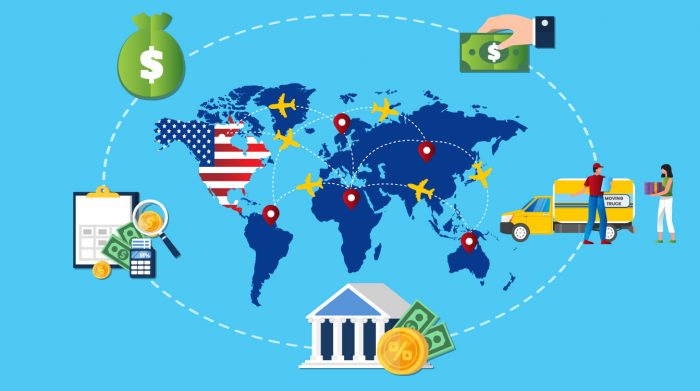 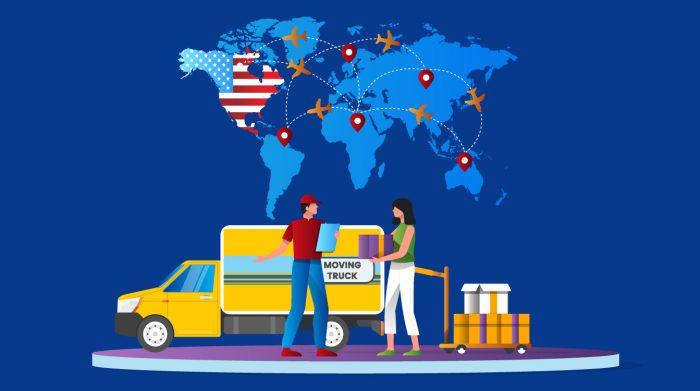