According to the American Moving and Storage Association, more than 35 million Americans move every year.

The reasons vary greatly — some people move for new jobs, some to be closer to their family, some to buy a home after renting, and some just to live in a climate they like better.

With so many families on the move and so many reasons for relocating, we started to wonder: Where do people most want to move? What are the most popular states to move to, and what are the states most people are moving from?

If you’ve ever wondered where people from your home state would rather live — or where are the new people in your home state are coming from — this is the place to find out. Here’s where people want to move, state by state, and, further down, the top states people are moving to and from. 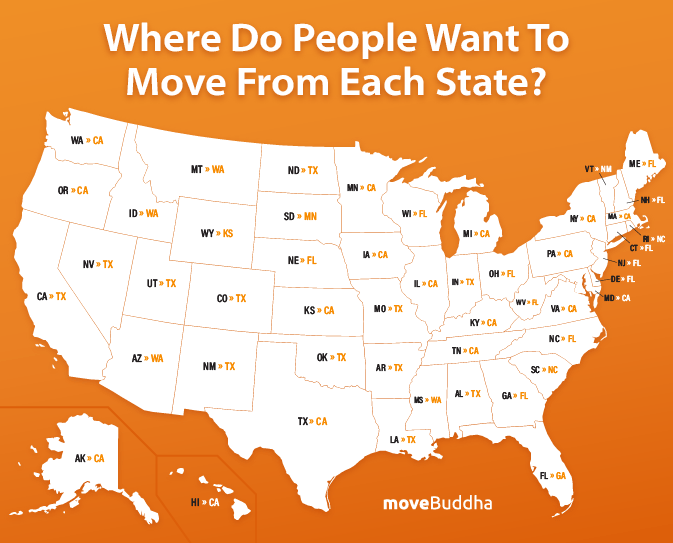 Looking at that list, it’s pretty easy to tell what states people are most interested in moving to overall — they come up over and over for state after state. From MoveBuddha’s data, here’s how all the states rank for how many people want to move to them. 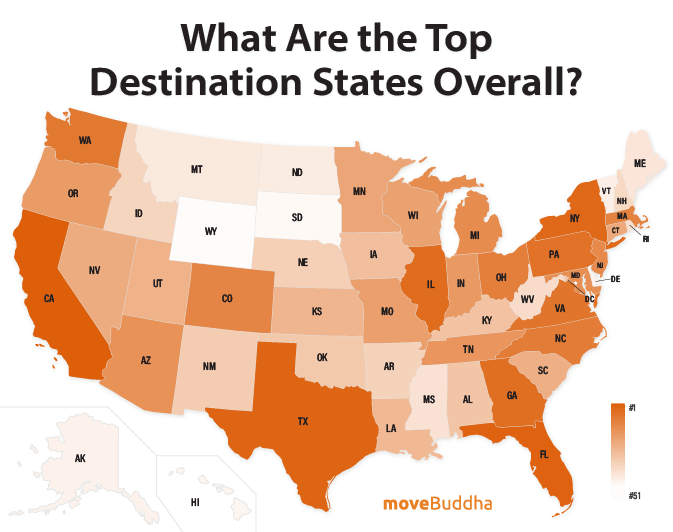 That’s where people are moving to, but what about where they’re moving from? What are the states people can’t wait to hightail it out of? Here’s how all the states rank for how many people want to move away from them, according to MoveBuddha’s data. 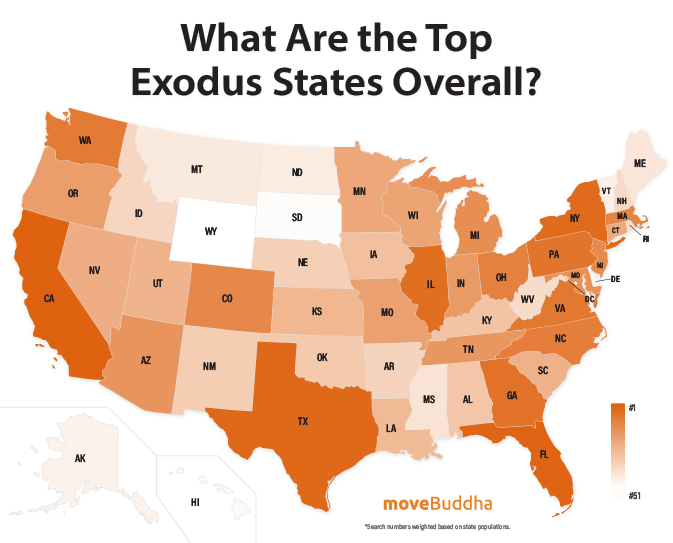 All this data was collected from moveBuddha’s moving cost calculator, taking the starting and ending destinations people entered for their moves to determine how many people were looking at moving to and from each state.

For the states people want to move to, data is presented here in the exact numbers we pulled from that calculator — those are exactly how many times people have used the moveBuddha calculator to look at moving to all those top destination states.

For the states people can’t wait to leave behind, though, we wanted to make things a little more fair, so the numbers are weighted based on state populations.

We can’t say why any of these states ranked the way it did — your guess is as good as ours. But whether your state is a top destination or a major exodus state, this data only proves one thing: People love where they live for all kinds of different reasons, and there’s really no place like home.