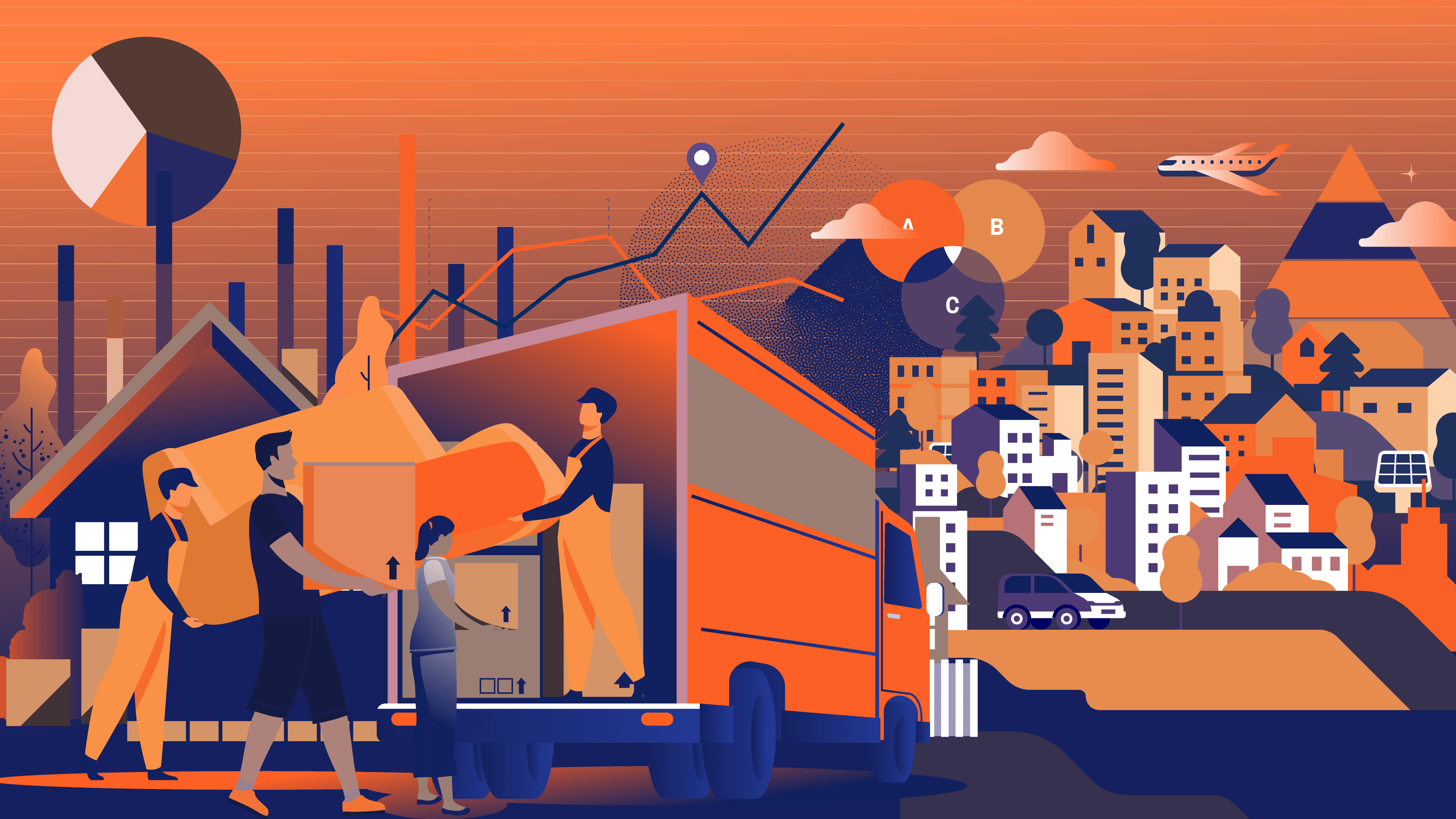 With roughly 30 million people in the United States moving each year and an estimated total market size of $19 billion, the moving industry is much larger than most people realize.

To give you a better grasp of how much the moving industry affects just about everything, we’ve compiled some of the most thought-provoking statistics of 2021 and 2022.

We’ll take a look at why, when, where, and how people move, as well as the economics of the moving industry and some of the latest industry trends.

Before your next move, learn more about the industry that affects millions of people every year.

How much does moving cost?

We crunch the numbers for both local and long-distance moves: [5] Local moving costs 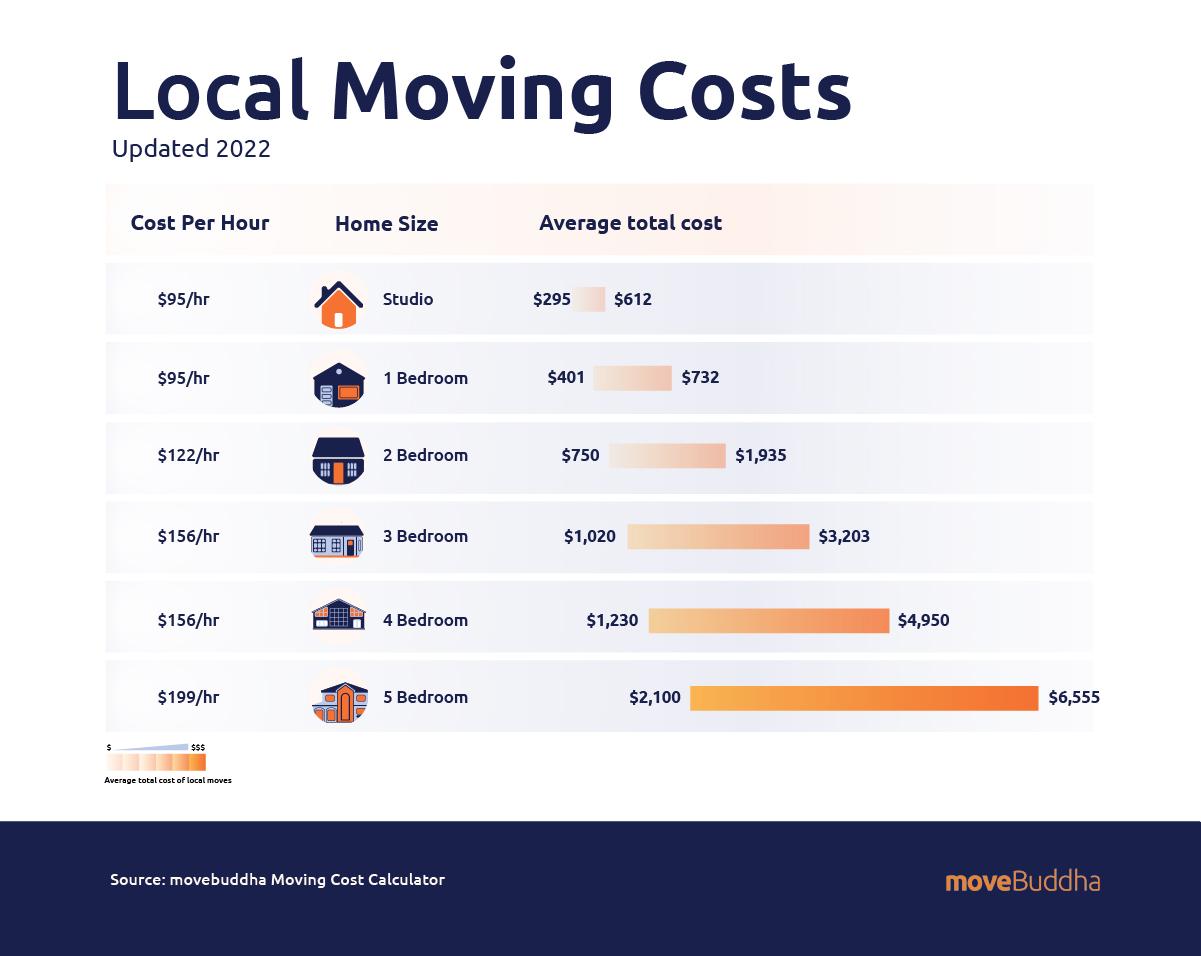 The logistics of moving

moveBuddha conducted a Google Survey of 1,500 people in the U.S. asking, “If you have moved or were to move homes, how would you choose to move?” The responses are as follows: 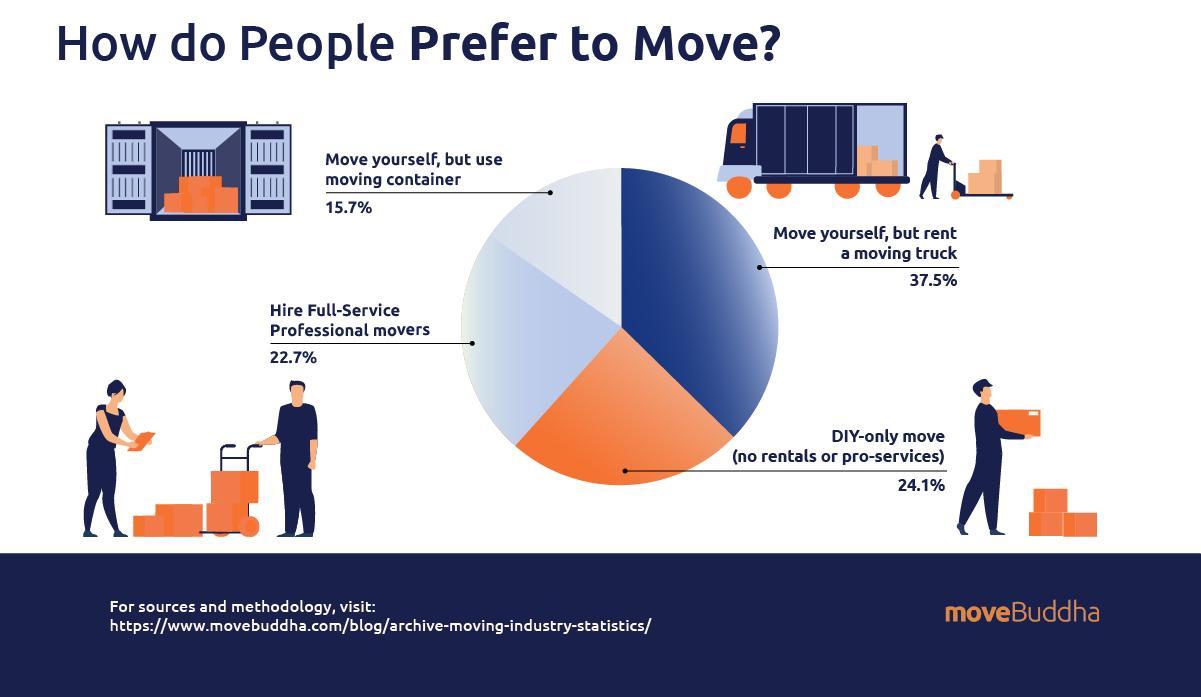 What states are people moving to?

Which states received the highest proportion of moves in vs. out?

When we look more specifically at the comparison of moves in compared to moves out of each state — the “in-to-out ratio” — we can see which states are gaining the most residents while retaining their existing population, or the inverse. [8]

Which states are more popular or less popular from year to year?

According to our Migration Report, we examined which states were increasingly popular as we moved from 2020 into 2021.[8]

At moveBuddha, we’ve done a lot of research on the states that are seeing the most migration traffic. Here we share some key highlights from our reporting and analysis of the most popular states to move to and from.

North Carolina: Carolina in Our Minds

Millennials on the move (or not)

Since the Great Recession of 2008, millennials — young adults aged 25 to 40 — have felt the full effect of the resulting housing and job crises. This has affected their mobility, with migration rates for this group continuing to stagnate through the pandemic.

How much waste does moving create?

Moving creates more waste than most of us realize. Understanding this is the first step to doing something about it in your next move.

How the pandemic affected the moving industry

When the COVID-19 pandemic first ripped through the nation, home and work lives were upended. The advent of more flexible working arrangements and the desire to be closer to family meant that many people chose to relocate either permanently or temporarily.

Where are we now? What’s next?

While it’s difficult to project what the long-term effects of the pandemic will be, it’s likely that many of the trends that started with or were exacerbated by COVID-19 will continue into next year and beyond.

If there’s one thing that seems certain, it’s that demand for relocating services will remain high considering that:

Some of the major trends that we’ve seen over the past couple of years will likely carry on. For instance, the increase in temporary moves and an exodus from large cities and into suburban areas. These types of moves will continue in part due to people seeking more affordable housing as prices continue to trend up. And in part thanks to many jobs transitioning to remote or more flexible work-from-home policies, allowing employees more options to choose where they would like to live.

Beyond economic considerations, we’ve found that 1 in 3 respondents indicated that the most important factor for people considering a move in 2022 is improvements in quality of life. [13]

With more people on the move in pursuit of the good life, there is reason to hope that as households strive to improve their social and economic well-being, this prosperity will trickle down into the communities they come to call home.

4. NY Times, Frozen in Place: Americans Are Moving at the Lowest Rate on Record

10. Windermere Economics, “Census Analysis of Moving Patterns for U.S. Homeowners and Renters in 2021”

12. moveBuddha, “What are the most common sizes of interstate moves?”

13. moveBuddha, “Survey reveals nearly 1 in 5 considering an interstate move in 2022”

14. Brookings, “Despite the pandemic narrative, Americans are moving at historically low rates”

15. Bankrate, “31% of Young Adults Relocated During the Pandemic”

24. moveBuddha, “How Much Waste Does Moving Create?”

26. Entrata, “Renters on the Move: Survey Studies Renter Behaviors During a Landmark Year”

Note: All stats from moveBuddha’s state-based migration reports are linked directly to the corresponding moveBuddha page.