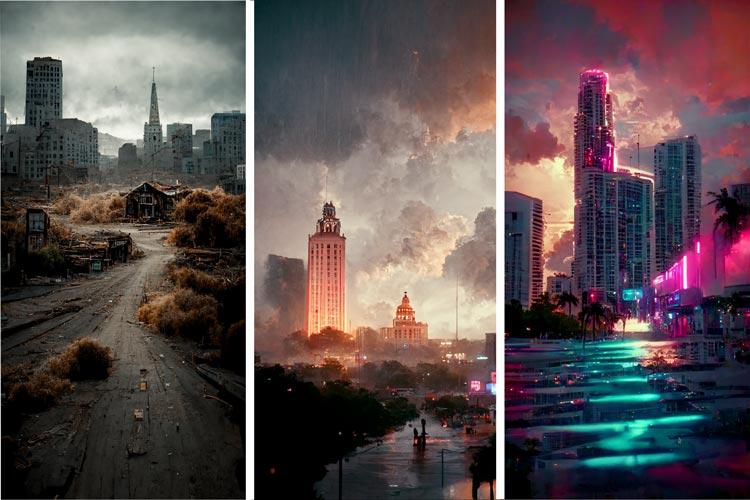 Call it Manifest Destiny. Even before the pandemic, Americans have made a habit of packing up in search of a better life. Using Conestoga wagons or following Route 66, they’ve sought education and job opportunities far from home.

With restrictions waning and calls for employees to return to the office, will the country’s movers head back home?

We wanted to keep tabs on moving trends as the country adjusts to its pandemic re-entry. As we round the halfway mark in 2022, which states are still popular? What’s changed? And what does the future look like as the Great Reshuffle settles into the Great New Normal?

I. Nationwide, what is different in 2022?
II. 2022’s most and least popular states
III. Which cities are especially popular in 2022, across the country?
IV. No More Sweet Home Chicago: Top routes in first half of 2022
Methodology & Sources

Fueled by a desire to escape the perceived risks of public transportation and apartment elevators, densely-populated urban areas lost twice as many residents in 2020 as in previous years.

That trend continued throughout the pandemic, as newly-remote workers found they could work from smaller cities and take advantage of affordable homes and nearby nature, and early retirees called it quits. As a result, the balmy southeastern states and mountain west swelled with newcomers.

Click the year “button” below to see the changing trends:

Since 2020, overall moves have slowed. Whereas 2020’s movers were in a rush to relocate, there are fewer overall moves today. Even though they’re not the boom states of 2020, today’s most popular destinations remain the same.

In particular, Tennessee, North Carolina, and South Carolina have maintained strong inflow throughout the pandemic. The Appalachian Highlands at the intersection of these states has seen a renaissance, with plenty of outdoor activities, rolling hills, and Blue Ridge views. All three have been top ten retirement destinations, too. Before the pandemic, the oversized baby boomer generation saw 10,000 daily retirements, so accelerating boomers’ journey to retirement potentially means picking up a lot of inbound moves in a short period.

North Carolina is especially feeling the love. It’s seen a 3% increase in inflow compared to 2021, and many of its fastest-growing cities are retirement havens, like New Bern.

Other popular destinations in the mountain west are Montana and Wyoming, with slightly waning popularity of neighboring states like Idaho, Colorado, and South Dakota. All over wide open spaces for pandemic-wary city dwellers, a reality that is enticing to the high numbers of California residents making these outposts in the Rocky Mountains their new home.

Yet even Montana’s continued popularity took a huge hit after 2020’s peak relocation season: the state saw its ratio of inbound to outbound inquiries plummet from a 2020 high of 3.72 to a mid-2022 rate of 2.07. That’s still more than twice the inbound inquiries per outbound move, but it represents a dive in the state’s popularity as movers settle into new long-term patterns following their initial pandemic exodus.

While the most popular states of the pandemic begin to see fewer moves, which states are rising to fill their place?

Mississippi, which saw outflow top inflow in 2020, has seen its ratio steadily reverse in 2021 and grow even stronger in 2022.

Perhaps these less popular choices remain affordable, enjoying some of the same mild weather as their increasingly unaffordable southern neighbors.

II. Getting Out of the Crowd: 2022’s most and least popular states

Sure, it’s harder to move out of Hawaii than other states, but why would you want to?

Most popular states as of third quarter 2022

Hawaii and Alaska do the best job of retaining existing residents, in part due to their geographic isolation and jaw-dropping scenery. Paddle an outrigger canoe to an erupting volcano or sail a skiff along the inlets of Juneau to get a sense of the big landscapes that both these Pacific states offer adventurers.

You may get a sense of why these states are recent winners. As Americans find the freedom to work remotely, they increasingly value spending time outdoors, pursuing pandemic-friendly recreational opportunities like sailing, skiing, whitewater rafting, and hiking. After all, the wilderness does not lockdown, and an afternoon escape to a regional park can make a tough remote work day bearable.

California, New Jersey and Illinois are losing the most residents compared to those moving in, and in addition to being densely populated, they face affordability challenges. New Jersey residents pay the country’s highest property taxes, deal with exorbitant real estate and rent prices, and increasingly see corporate headquarters leave the state, taking jobs with them. It’s only natural that New Jersey residents would give up the shore in pursuit of more affordable housing and plentiful jobs. Nearby New York and Connecticut are facing the same challenge and are also losing residents.

The story should be familiar to both residents of Illinois and California. Both were economic powerhouses whose residents are increasingly wrestling with unaffordable housing and high property taxes. As both California and Illinois lose employers, their residents consider following close behind.

Monthly ebbs and flow of moves in 2022

The month-by-month breakdown of state in-to-out ratio helps highlight which out-of-state movers are increasingly or decreasingly interested in moving to.

When we eliminate moves within each state and examine purely moves from state to state, we can see that:

III. Small Cities, Big Nature: Which cities are especially popular in 2022, across the country?

We know that southeastern states are dominating U.S. migration, but which cities are leading the pack? As you might expect, it’s not the highly populated urban hubs that are drawing new residents. Instead, it’s small and mid-sized cities with plenty of affordable housing and outdoor recreation.

#1 Ocala is a 60,000-person city in central Florida best known not for its startup scene or museum exhibitions, but for the glass-bottomed boats that navigate nearby Silver Springs State Park showing off local manatees, alligators, and fish beneath the swampy water. Close to Orlando, Gainesville, and “the Villages,” a fast-growing planned retirement city, Ocala’s near cultural and employment hubs without being in the heat of the action itself. Yet. With 524 inbound moves for every 100 outbound, Ocala may become one of Florida’s metropolises soon.

#4 Eagle Rock and #6 Ashville are North Carolina’s biggest inbound winners. They offer plenty of hiking trails and close proximity to national parks - access to nature is a trait that multiple cities in the top ten also share.

#7 Honolulu and #8 Anchorage prove that folks are branching out to further frontiers away from the mainland this year, or potentially even buying second homes in these areas.

Is Southern affordability driving moves to the region?

Maybe, but it won’t be for long.

At the halfway point of this year, our migration report showed that just two cities on the top ten list had median home prices above the $428,000 national average. Now in the third quarter, only three cities in the top ten list have median home prices below the national average (Ocala, Chattanooga, and Myrtle Beach). Meaning people may be able to spend more money on homes again and accept the fact that prices have risen.

Unfortunately, with real estate prices increasing between 19% and 70% from 2020 to 2022, the cities on this list have homes that are all less affordable than they were just two years ago.

It could be that rising real estate prices have cooled interest in cities that were some of the pandemic’s initial winners. For example, once red-hot Florida’s inbound to outbound ratio is down from a 2021 high of 2.10 to 1.69, now 9th in the nation.

Seeing popular cities’ real estate prices soar (once tiny Ocala's median home price has seen a jump of 64% from 2020 to 2022 alone) could be one factor that is dampening Florida’s popularity.

Other small and mid-size cities known for affordable real estate have also seen their cost advantage disappear over the last two years and their popularity falter. In fact, the top 10 cities with the highest inbound to outbound move ratios have all seen home prices increase at an average of 35%. That’s on top of already significant increases in these cities from 2010 to 2020.

Which cities are seeing the most exits in 2022?

Furthermore, you won't pay less than the national average for a home in any of the high outbound cities. Want to live in #4 Alameda? The median home there will set you back nearly $1,400,000.

Big city trends: Which urban areas are the most popular to move to in 2022?

Looking purely at cities with the highest search volumes (at least 1,000 searches in and out), we can see which of the nation's largest cities are most or least popular to move to:

The most popular large city to move to in 2022? Tampa, Florida, where the housing prices are right around the national average ($437,702).

In fact, four Florida cities are among the most popular large cities in the nation in 2022: Tampa, Orlando, Jacksonville, and Miami. Tied with the Sunshine State for most spots on the large city list is Texas. Dallas, Austin, Houston, and San Antonio, are Texas' claim to the top - in that order.

IV. No More Sweet Home Chicago: Top routes in first half of 2022

These are the city pairs that stand out when we look at the most popular state-to-state move routes.

Chicagoans are getting out, and they’re not picky about where they’re going. From suburban Downers Grove, they’re choosing retirement-friendly Ocala, FL. Chicago’s urban residents are heading to Seattle, Los Angeles, and New York. Overall, Illinoisans are choosing multiple routes out of the city. However, most wind up in other large American cities.

In general, city-to-city swaps don’t follow the national trend that movers seek out a lower cost of living in a natural wonderland. For cities with the highest populations, and therefore number of searches, movers prioritize staying close to jobs, culture, and city life. No matter where they start, they’re choosing destinations that mirror those they just left.

Let’s hope they can find a decent Chicago-style hot dog.

Recovery from the Big City Blues

While rates of inbound and outbound traffic favor states with more room to stretch out, raw numbers show city-dwellers trading cities. They’re less concerned about costs, natural amenities, and lower taxes. However, when we consider rates of inbound versus outbound traffic, smaller city winners clearly emerge, heralding a move toward the southwest, mountain, and less densely populated states and cities.

As we embrace the next normal, more remote workers and retirees are choosing their next destination based on lifestyle, taxes, and cost of living, not proximity to a subway.

While the pandemic may be emerging in our rear-view mirrors, the lifestyle of remote working and spending time outdoors has not disappeared. It’s only gotten stronger. The first three quarters of 2022 have shown that while fewer people are moving, the patterns that emerged early in the pandemic reshuffle remain. Movers are embracing their own well-being in small cities in the southeast, with lower costs, great weather, and a heaping dose of recreation.

We use moveBuddha proprietary data collected from 2020, 2021, and 2022 (Jan 1 through October 10th) to analyze moves trends. The data comes directly from the moveBuddha Moving Cost Calculator.