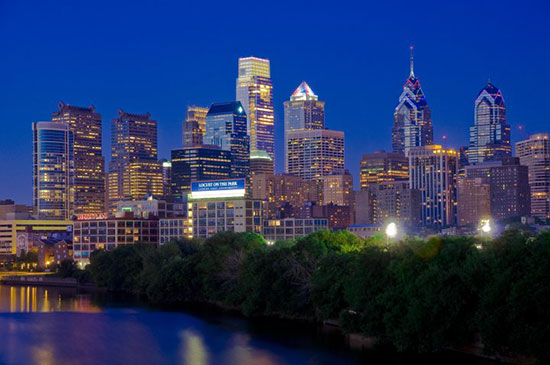 Fishtown. Cheesesteaks. The biggest sports fans. Philly has it all!

Philadelphia is the 12th most expensive city in North America according to a cost of living index comparison done by Expatistan.com.

If we compare Philadelphia to other US cities with similarly sized populations we can spot the differences pretty easily. 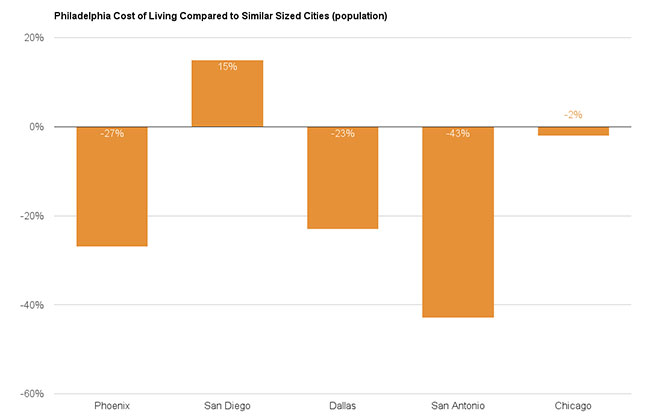 The only similarly sized city more expensive than Philly is San Diego. But San Diego has a beach and is 70 degrees year-round, so that kind of makes sense.

If we look at cost of living in Philly compared to national averages we see a similar story.

Pretty much everything is more expensive with the exception of health care.

Check out this data from PayScale’s cost of living calculator.

You get the idea, Philly ain’t cheap. But the cost of living is relative, and Philadelphia is no exception. Fairmount is going to look different from Manayunk, Center City different from Fishtown, and so on.

That being said, if you’re going to live in the region, Philadelphia is actually a very cost-effective option. The property tax and sales tax rates aren’t anything like New York.

If we compare Philly to nearby major cities the picture changes quite a bit. The city is a bargain compared to New York, Boston, or DC. 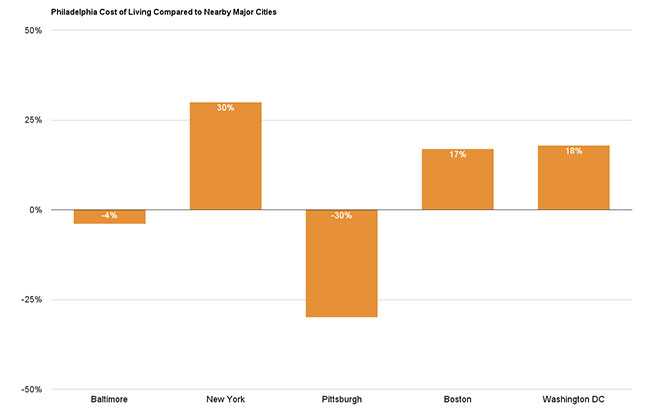 The only significantly cheaper nearby city is Pittsburgh. But come on! Pittsburgh is really more of a mid-west city and has about one-fifth the population of Philly. We’re talking a Chicago-, San Francisco-level population and lifestyle, not Sioux Falls.

How much does it cost to live in Philadelphia?

Okay, now let’s get to the real question, how much can you expect to pay every month for the basics in Philly? Your cost of living can depend a lot on your monthly rent, average salary, if you’re a single person or a childcare-dependant family, etc.

Alright, let’s dig into these numbers a bit. 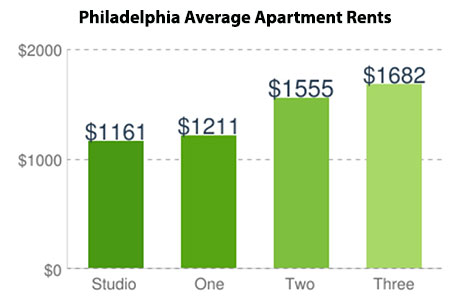 Renters can expect to pay around $1,600 if you’re living alone in a one-bedroom apartment, and roughly $900 if you plan on having some roommates.

On a national level, Philly rents may seem high. According to the Bureau of Labor Statistics, “Housing accounted for 35.0 percent of the area’s household budget, significantly higher than the 33.1-percent U.S. average.”

If Philadelphia has any kind of affordability problem, it’s definitely not housing.

Northeast winters are cold and harsh, while summers are hot and getting hotter, so prepare to be running your heating and air conditioning for a good chunk of the year. Obviously, this means some high utility costs as well.

Philadelphia is headquarters to the telecom giant Comcast. Comcast tower is one of the largest skyscrapers in Center City. Despite Comcast’s large presence in the area, Philly is a fairly competitive market when it comes to internet options with prices ranging from $30 to $80 per month.

Spending around $300 – $400 per month on groceries is pretty typical in the city. Although, this doesn’t include budgeting for eating out at restaurants or grabbing something off a food truck.

One nice side effect of the city’s crazy liquor laws is there are a ton of BYOB restaurants, so you can save on your drink tab!

Philly has a decent and affordable public transportation system with monthly passes costing $101 each. Taxis and Uber cabs are also fairly easy to catch throughout the city.

Surprisingly, public transit isn’t very popular with about 50% of the city’s commuters driving a car alone to work and 67% of households owning at least one vehicle. Gas prices are usually close to the national average and monthly parking deck fees can run a few hundred per month.

Check out Numbeo’s cost of living database for more info on all of the above.

Bottom line: expect to spend anywhere from $1,400 to $2550 to cover your basic expenses living in Philly.

Another thing to be aware of is Philly’s crazy tax laws. For instance, city sales tax is 8% and the income tax rate if you work and live in the city is nearly 4%.

Taxes aside, obviously, costs can vary quite a bit depending on if you’re single or have a family. The MIT living wage calculator does an excellent job laying out typical costs for different life stages.

If you’re looking to move to the Northeast, moving to Philadelphia should be a no-brainer! And did we mention NYC and DC are only 2 hours away anyway…

Need help in your move to Philly? Choose one of the top Philadelphia moving companies.