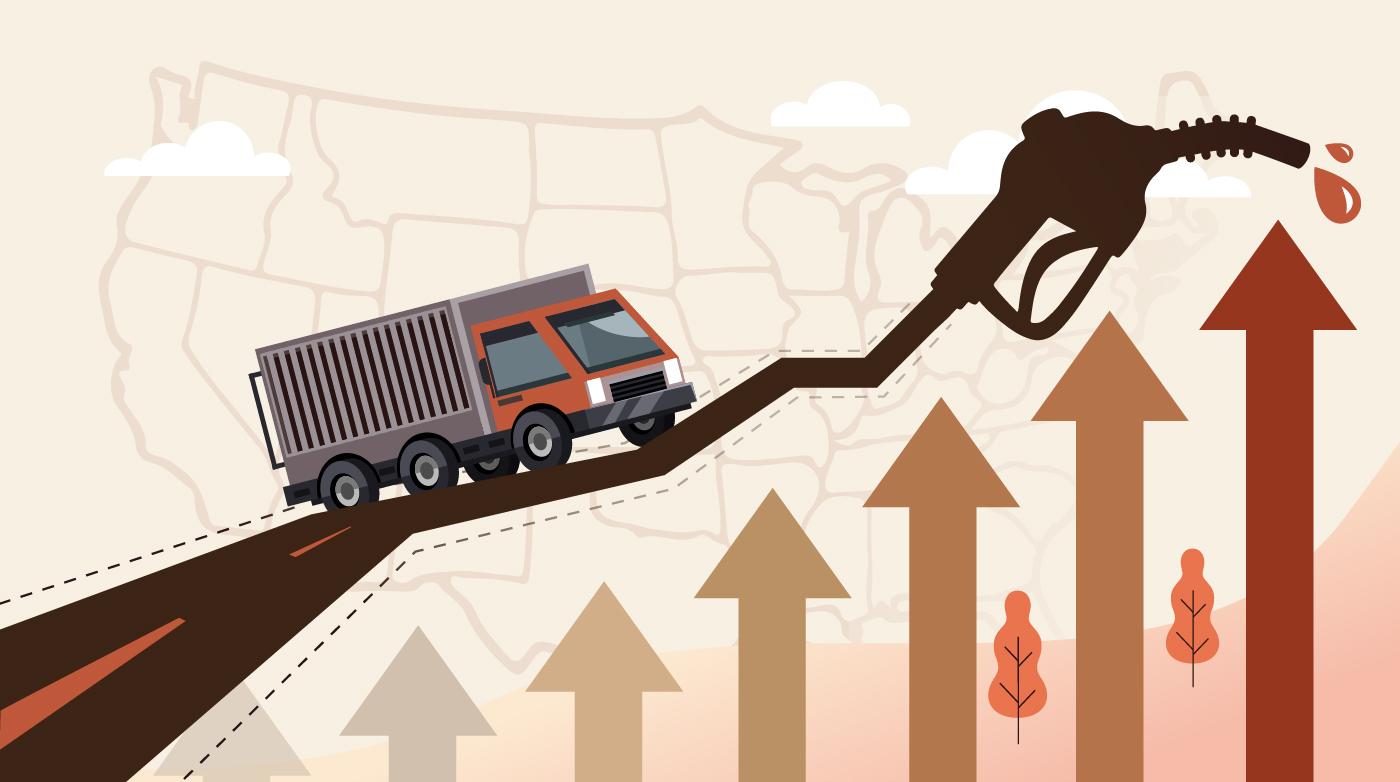 Rising gas prices will cause painful moving cost increases this summer across the country.

Crude oil production is an incredibly volatile market due to the list of natural, economic, and political factors that influence the cost from state to state and country to country on a global scale. Gas prices always find their way of tapering off eventually, but we may be in for a rough couple of months.

Some experts are even predicting a national average between $5 and $6 this summer.

With peak moving season starting this month and lasting through August, consumers are starting to feel the pinch.

Over the last couple of years, labor shortages and supply chain disruptions due to housing market and COVID-19 impacts have caused significant increases in moving costs nationwide. Add to that this year’s record gas prices, and relocating has become quite the expensive endeavor.

If you’re one of the nearly one in five Americans contemplating a move in 2022, it’s a good idea to start factoring the cost of fuel into your calculations – particularly for those gas-guzzling long-range trips. Whether you’re looking to hire a full-service moving company or will be making the move yourself, you can bet you’ll be paying at the pump either way.

If only we had known what was to come today, it may have been wise to stock up at the pump in 2020 and 2021 (what’s the shelf-life of petroleum again?).

The moving industry standard puts fuel charges at a 10-20% impact on full-service moves, which often leans toward the high end. With the current fuel situation, some companies have even priced their gas surcharge as high as 28%. This range fluctuation is as variable as gas prices themselves, but expect to see those close-to-30% surcharges for the time being.

The table below illustrates ten popular city-to-city moves across the U.S. and how gas surcharges have affected the overall cost for professional moving services in 2021 and 2022.

While you may save a few bucks opting for a DIY move, you surely won’t be saving any money in the gas department.

This table shows the same ten city-to-city moves as before, but calculates the estimated gas prices for a DIY move.

How consumers can fight costs

While staying put might start sounding like the best option, there are some things to keep in mind when moving this year that will at least soften the blow.

“You always want to check if there is a clause for a variable fuel surcharge. If the fuel surcharge is variable, it means the mover can change the amount charged for fuel during the move. Speak with your mover about how they set the rate. Most companies will set the surcharge based on a national average, but you’ll want to verify this so companies don’t try to unfairly overcharge for fuel.”

Here are a few other actionable steps you can take to minimize your moving costs due to gas prices: