Mary and her partner moved from Austin, Texas to New York City in late May of 2022.

Because she’s a remote worker, Mary was finally able to turn her dream of living in the Big Apple into a reality. 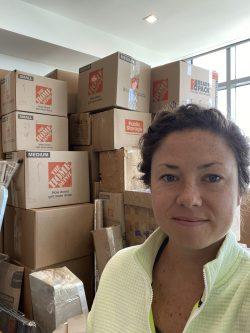 Mary was impressed by IVL’s professionalism and how easy it was to get a quote.

So did IVL deliver a positive moving experience, or was Mary underwhelmed by the company’s performance?

To help those planning a move like hers, Mary participated in our Better Moves Project by documenting her experiences with International Van Lines.

In this post, we’ll look at what IVL did well, where improvements could have been made, and what Mary learned along the way.

Mary’s move at a glance 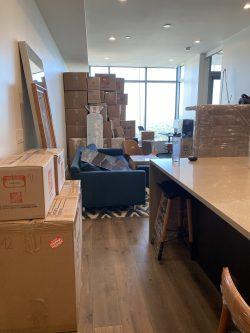 Her biggest priorities were keeping costs low, avoiding loss and damage, and ensuring that her household goods were picked up and delivered on time.

IVL’s $5,000 estimate was the lowest of Mary’s three quotes.

Mary and her partner also paid to have custom crates built for a chair, a floor lamp, and a marble table top.

After paying a deposit to reserve the truck and crew, they prepared by:

Starting early and staying organized made the process easier, but living in an apartment filled with boxes was inconvenient and draining.

IVL initially told Mary to expect the crew between 2:00 and 6:00 PM, but they didn’t arrive until 7:30. She was upset the movers were late. 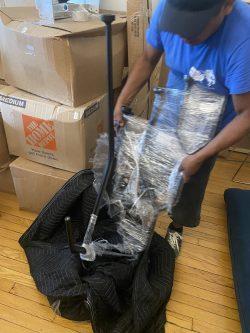 Mary’s move took place close to Memorial Day weekend, one of the busiest times of the year to move. Despite delays earlier in the day, IVL was able to get the pickup done. A lot of companies would have rescheduled or canceled, but IVL came through and got the move picked up as scheduled.

The crew got to work after a brief walk-through, but the driver informed Mary that the custom crates would cost an additional $750 because the items were larger than expected.

Thankfully, IVL’s crew was able to make the crates and load the truck in about three hours. Mary felt the crew did a nice job packing and crating all her items carefully.

Mary paid another installment via personal check before they left.

Although Mary called the movers regularly while her household goods were in transit, they changed her ETA several times.

Again, this is common on long-distance moves during the peak summer season when movers have to juggle commitments to multiple customers. Coordinating deliveries and keeping everyone happy is no easy task for moving companies. 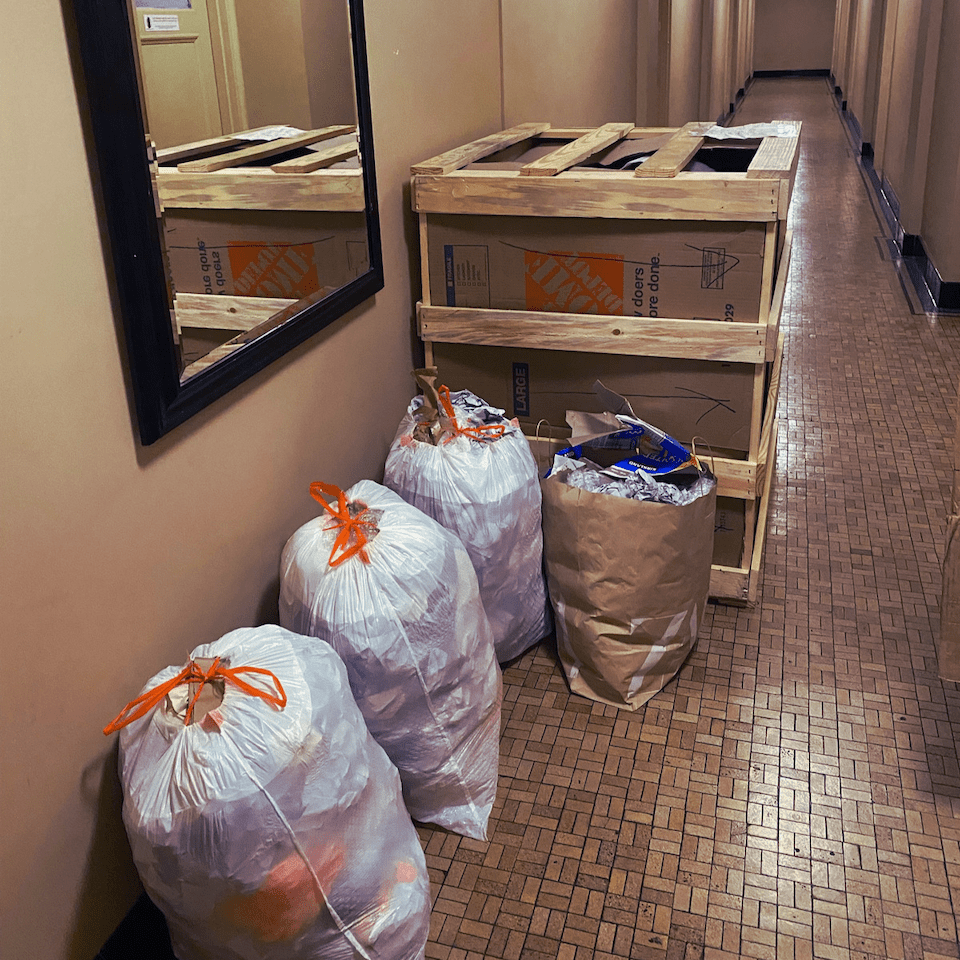 The crew worked diligently, and unloading took just a few hours. Mary paid an additional $150 because of a long carry between the truck and freight elevator.

It’s worth noting that long carries are common in New York City, and nearly all movers charge extra for this service because it increases move time and labor costs. It’s hard to determine whether or not a move will need a long carry ahead of time, so charges aren’t typically included in initial estimates.

Unfortunately, Mary also had to sell a couch on Craigslist because it wouldn’t fit in the elevator, but neither this nor the long carry was the mover’s fault.

A wrought iron candelabra and a desk chair were damaged, but Mary decided not to file a claim.

The verdict – did International Van Lines make the grade?

Mary didn’t feel like she got her money’s worth on her move from Austin to New York, but things could have been much worse.

In particular, she wasn’t thrilled that:

If Mary moves again, she’ll give another moving company a try.

Like many Americans, Mary moved during the busiest time of the year when most van lines and independent movers operate beyond capacity. By some estimates, nearly 60% of all domestic moves occur during the summer.

Service issues and delays are common and should be expected if you’re moving between May and September.

And to recap, some of Mary’s additional costs were due to the truck being unable to park close to her apartment in New York.

Mary’s move with IVL wasn’t perfect, but our take is that it went pretty well relative to the thousands of moves we track every year.

What Mary learned along the way

In hindsight, Mary wishes she would have:

Thankfully, the experience taught Mary how to manage stress and appreciate the little things in life.