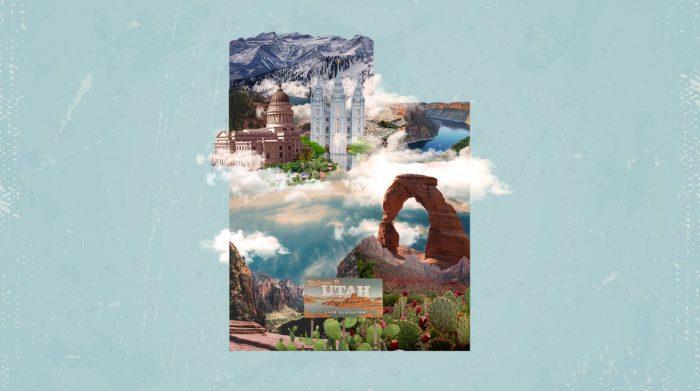 An outdoors lover’s paradise, from Arches National Park to Zion National Park and the Great Salt Lake, pandemic-era movers flocked to the naturally social-distanced spaces of Utah. Are movers still heading to Utah, or are locals enduring overcrowding looking to head out?

Deserting Utah or Moving to the Desert?

moveBuddha data confirms, Utah was a very popular place to move to in 2020. The state in-to-out ratio during that year was 141 moves in for every 100 out.

Utah saw a large influx of people during the pandemic, thanks in part to the availability of work. Utah’s Department of Workforce Services notes that from February 2020 to March 2022, the state added more than 80,000 jobs at a 5.1% growth rate, which was the highest in the country. Over the past few years, many remote workers from California and Colorado arrived to take advantage of Utah’s cheaper real estate and natural amenities. Likely contributing to the boost in the state population from July 2021 (3.3 million people) to July 2022 (3.4 million people.)

Utah County accounts for approximately 40% of the state’s growth from mid 2021 to mid 2022. That’s largely because Utah Valley is drawing people with its growing tech sector, primarily around Lehi. Major tech players including Adobe and Podium have offices in the state – giving it the nickname of Silicon Slopes.

However, the most recent moveBuddha data shows the state’s popularity cooled off considerably in 2022, with the state move ratio dropping 45% since 2020 higher, down to an in-to-out ratio of 78 to 100. This means that for every 78 people making Utah their home, 100 are moving out. This report dives into the numbers to see what may be influencing this shift.

I. Utah Moves: Statewide trends from the last decade and into 2022
II. 2022 Forecast: Which Utah cities are surging in popularity and which are losing residents?
III. Real Insights: We asked, why move to or from Utah?
IV. Sources and Methodology 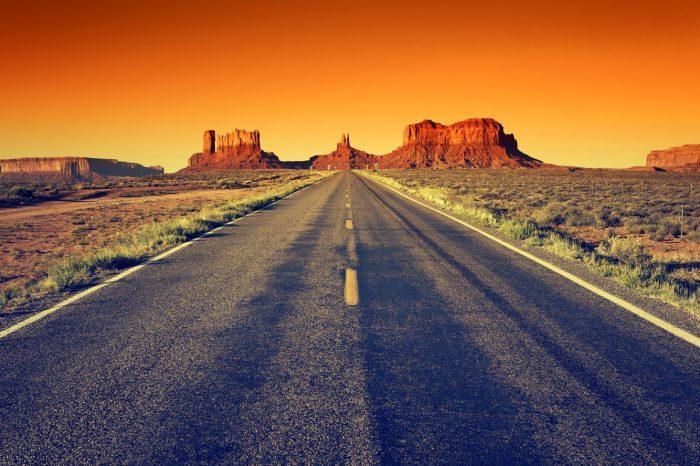 1. Utah moves, coming in and headed out

According to the 2022 search data, interest in moving to Utah has dropped.

This significant drop has led to a higher proportion of Utah moves headed out of the state than in.

Out of the Beehive and headed to Texas or Florida

The influx of people into Utah during the early pandemic has had an impact on the state’s housing market. These shifts may be in large part contributing to Utah movers eyeing other parts of the country.

Some driving factors that may be influencing exits from the state include:

What is attracting outsiders to Utah?

On the flipside, Utah has a lot going for it that’s been bringing many into the state over the last few years, and still bringing people in this 2022.

About 1-in-5 of the searches for moving to Utah across the nation are originating in California. Next in line are those coming from Texas and Florida.

Here are some of the reasons outsiders decide to call Utah home: 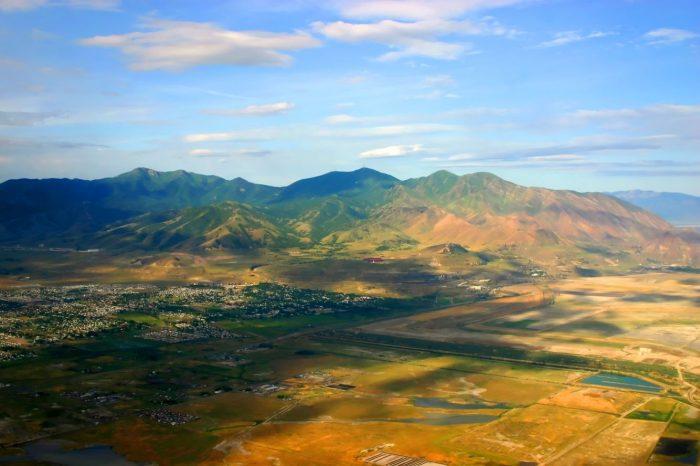 2. 2022 Moves: Which Utah cities are the most popular to move into and out of this year?

However, there are select cities that are especially drawing in new moves – and the overall population of the state is still rising, including in rural mountain areas that boast higher incomes and wide-open countryside.

Utah Headed South, but not down South

No, we don’t mean the state is going downhill as a place to live – it’s not.

One of the major reasons for this is home affordability. Zillow data shows a home in Cedar City averaged $409,360 in November 2022, which is actually slightly lower than the month prior. An average home in Saint George sits at $553,415, also a slight drop from October 2022.

Lower home prices don’t explain why people are also heading to Park City located further north, where the average home tops $2.1 million. Instead, it could be attributed to the area’s prime ski resorts, helping it play host to the Olympics in 2002.

Since the median household income in Park City is almost $115,000 – about twice that of Cedar City – it makes sense that those looking for a more upscale lifestyle would move here. Or maybe those with Silicon Valley salaries?

Meanwhile, the areas of Utah seeing the biggest exodus are near Salt Lake City, including the city itself. A single family home in Salt Lake City costs on average $626,190 as of November 2022. Plus housing is becoming scarce and rising mortgage costs are making it ever harder for locals to afford a home.

Gentrification in popular Salt Lake City neighborhoods is also driving up rental rates, beyond many peoples’ reach (recent data indicates a median rate of around $1,100.)

Top 3 Cities to Move to in Utah: 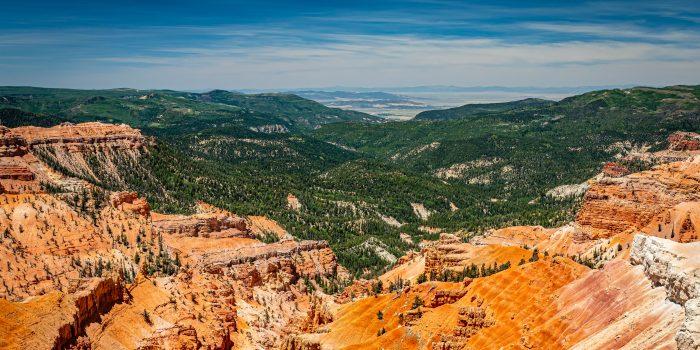 Cedar City, neighbor to Cedar Breaks National Monument, has a relatively young demographic (almost 30% of the population is 18 or younger). The city is within close proximity to prime skiing, hosts a plethora of lively festivals (including the annual Shakespeare Festival), and offers area homes well below the state average. A great place for active, young families, the city offers both a welcoming landscape and an inviting community. 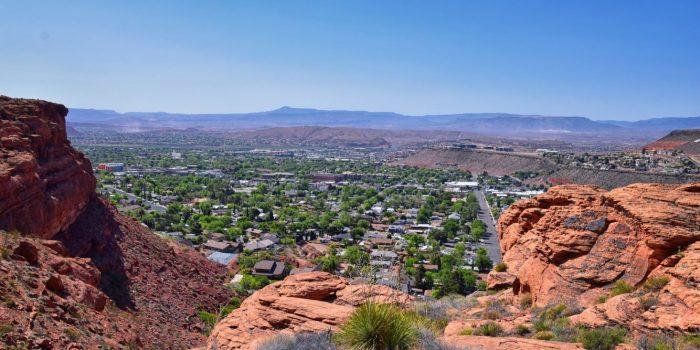 St. George is one of the fastest-growing cities in Utah, with a population growth of 31% from 72,897 in 2010 up to 95,284 in 2020. And Census estimates alongside moveBuddha’s data show that the city continues to attract large swaths of new residents, from retirees seeking warmer year-round climates to younger professionals who enjoy proximity to attractions. It’s only an hour’s drive to Zion National Park after all. The local weather and natural amenities may be quintessential deciding factors for newcomers. 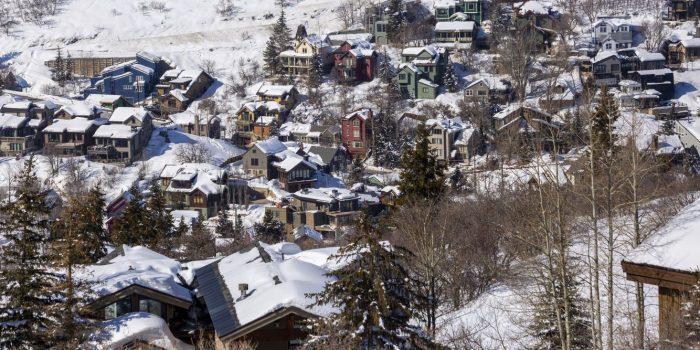 Park City has a lot going for it – but perhaps one of its biggest advantages is also the smallest. Park City has a relatively tiny population – much smaller than the other two most popular places for inflow in 2022. With the low population density (411 people per square mile) and numerous trails for biking and skiing, it’s easy to see why this city is in the top 3 destinations for newcomers based on moveBuddha data.

The 3 Cities Seeing the Highest Outflow 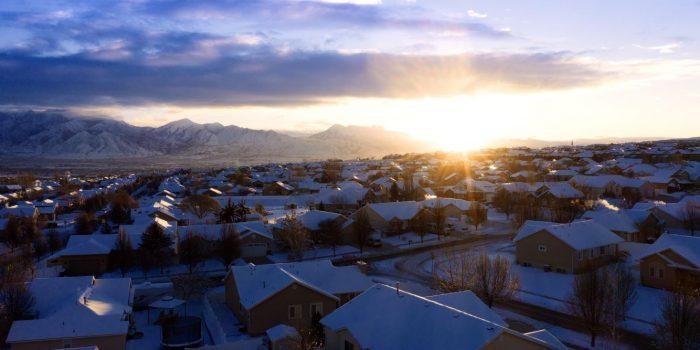 The cost of living has increased in some categories in Herriman, including housing and transportation, which both are above the country’s average. There isn’t a whole lot to do here in terms of fun, so many people drive to Salt Lake City for entertainment. Prices of getting around and lack of nearby amenities are both suppressing factors. 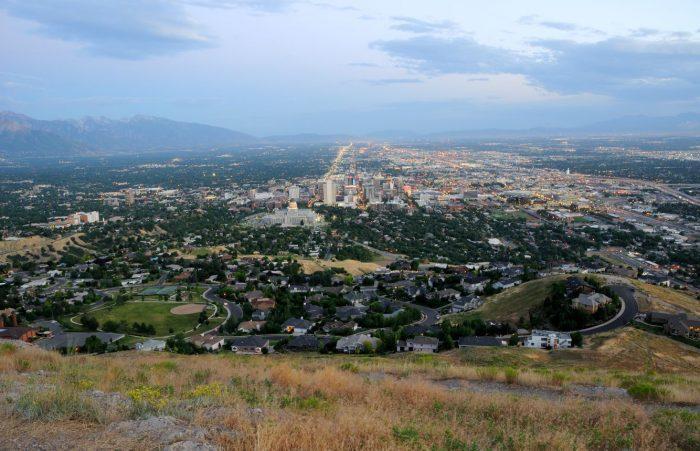 West Jordan boasts modern schools (including Salt Lake Community College and Broadview University) and relatively low housing prices. However, the area is very densely populated, with about 3,618 people per square mile. Stress from such tight quarters could be encouraging locals to look elsewhere for greener pastures. 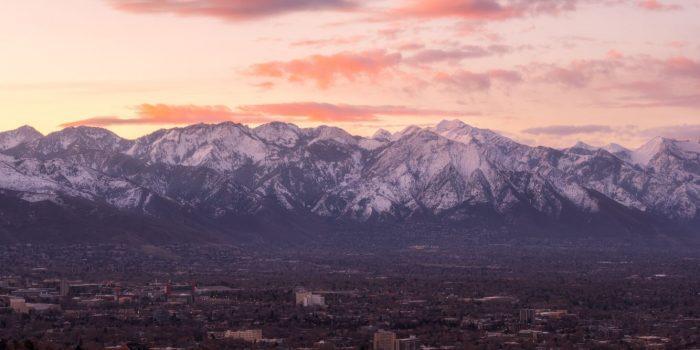 The median income in Midvale is considerably lower than in other areas of the state, which could have people looking for higher-paying jobs elsewhere – including in the growing tech sector over in St. George's Tech Ridge. Housing prices in Midvale have also more than doubled since 2010. Lower incomes and rising home prices could be contributing factors to Midvale’s exodus.

Stories from locals - Moving to Utah or moving out?

To learn a bit more about what is influencing moving decisions into and out of Utah, we reached out to movers who’ve recently made a move.

To Utah: Strong economy, closer to family and the mountains.
The main factors that drove my decision to move to Utah were the strong economy and the opportunity to be closer to family. I was born and raised in Utah, so I am familiar with the state and the culture. I moved to the Ogden area of Utah. I chose this area because it is close to the mountains and has a great economy. The area is also growing quickly, so there are many job and housing opportunities available. — Kerry Launders, moved near Ogden, Utah.

To Utah: Following a springtime visit, an unplanned change of residency.
My husband and I had no plans to move but our daughter and son-in-law had moved to Utah from Texas because they're big into outdoor living (camping, hiking, snowboarding, skiing, etc), and when we visited them in Spring of 2021, we enjoyed the area so much we decided to move here, too. — Angela Propes, moved to Lehi, Utah from Missouri.

From Utah: Exit the Utah County “bubble” and head to NYC dream.
Our decision to move was heavily influenced by a change in job and housing markets. Our home had appreciated in value (good time to sell) and apartment/rent prices in NYC had dropped heavily due to COVID. It was kind of the perfect storm for us to get out of Utah and into our "dream" location of New York City. — Devin Stagg, from Provo, Utah to New York City.

Additionally, Texas Realtor Daniel Johnson confirmed he’s seen an increasing number of individuals moving from Utah to Texas. Here’s what he had to say: “Most of my clients are moving to Texas because of 3 things: family distance, jobs, and health. My clients from Utah are finding that the huge equity increase in their home value due to the huge migrations as a result of the pandemic have resulted in their ability to sell their current house and buy a larger lot out in Texas. 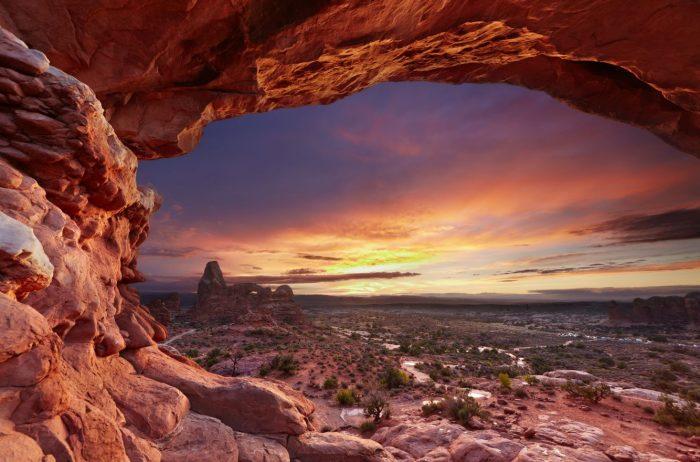 Down in Deseret, But Not Out

According to moveBuddha’s annual migration report, Utah ranks among the states seeing massive drops in demand from 2021 to 2022.

While the Beehive State saw an influx of newcomers (including remote workers) in 2020 partly due to the pandemic, many people are now leaving the northern Salt Lake City area as house prices and rents increase due to factors including gentrification and density.

Meanwhile, many people are heading to the southern regions of Utah that offer year-round warmth and wide-open countryside. “Old West” economies that were once reliant on mining and farming are now shifting to tourism and recreation in the rural Mountain West of Utah and other nearby states. Some of these cities will face tough growth challenges in terms of water resources in the future, including St. George, considered a gateway to the desert countryside.

The moveBuddha data through to the end of the year indicates many Utah cities are losing more people than they’re gaining, though Census mid-year data shows the overall population of the state continues to increase. Perhaps next year’s estimates will paint a different picture.

This data was collected from January 1, 2022, through December 31, 2022, and includes searches across the nation by individuals who were either planning to move or hire a moving company throughout 2022.

More information about our move data and in-to-out ratio equation can be found in our annual Migration Report.