As an inexperienced van operator, I once snapped a leg off a priceless table from the French Revolution while moving an attorney couple from Maryland to Texas.But guess what?

They didn’t even file a claim.Talk about nice people.

Anyone who’s ever worked in the moving business will tell you that they’ve encountered some pretty weird stuff.

The same is true of most jobs, but unlike them, professional movers and salespeople deal exclusively with customers in the midst of one of life’s most stressful experiences.

All told, I spent more than a decade as an owner-operator and sales representative, and I had my fair share of unique experiences.

Below are a few of the most noteworthy.

Not every big opportunity is worth taking.

As a salesperson for a big van line in Phoenix, I spent most of my time estimating local and interstate moves for customers who’d called into the office.

I dabbled in office moves and national accounts, too, the latter of which was a particularly hard nut to crack.

I’d been working on one potentially big account for more than a year – a popular ice cream retailer headquartered in Scottsdale with shops in nearly every state.

I called religiously and left voice messages with the HR Director, all of which went unreturned.

Then one day, when I’d all but give up, he called me.

“Can you swing by the office?” he asked.

The following week they signed a contract, and we began providing relocation services for their employees and new hires.

We had a local agent do an in-home estimate for each move if the customer lived in another state.

Then, I’d fax my contact an estimate and an authorization form.

He’d sign it, fax it back, and we’d handle the move.

However, after three or four moves, he informed me that he was moving and that he wanted us to handle it.

It was a huge opportunity to shine, and in the end, the move went off without a hitch.

Or, I thought it did.

Two weeks after delivery, I got a call from another more senior executive who wanted to know who’d authorized us to move him.

I answered – “He authorized it himself.”

See where this is going?

It turns out that no one – not even a senior-level HR exec – can authorize their own move, which is exactly what he’d done.

I should’ve known better, but at the time, I didn’t.

And lo-and-behold, as soon as the company delivered his household goods, he quit.

In other words, it was a setup from the get-go, and the company owed us more than $7,000 for a move we never should’ve done.

In the end, they paid the bill and sued him for repayment, and I learned a valuable lesson about getting conned.

Don’t treat all moving companies equally (because they’re not)

Another of my accounts in Phoenix was a holding company that owned dozens of trendy restaurants in the western states.

I built a good relationship with the HR manager, and each month we did between two and four moves for her.

Most were restaurant managers being reassigned to new locations.

Like all moving companies, we had a few minor service issues, but things generally went smoothly.

Once, however, my contact called and canceled a move that we for the following week.

Apparently, company accountants were looking to pinch pennies wherever they could and to help. My contact found another mover that said they’d do it for less.

When she called to tell me I was exhausted after a long day.

Instead of trying to convince her that she was making a huge mistake, I said something like –

“I understand. I hope they do a great job for your employee.”

I’d spent tons of time courting this customer, and I often made $500 or $1,000 a month in commissions, so I wasn’t keen on losing them.

That said, what could I do?

Then, the afternoon before the move, I got “the call.”

The other company had backed out.

Thankfully the dispatcher, operations manager, and I arranged it so that we could load the shipment.

The next time I talked to my contact, I asked, “who was the other company?”

It turns out – big shocker – that it was an internet moving broker, and when I checked them out, I found the following “red flags” on their website.

The big takeaways here are that websites can be deceiving and that all moving companies are not the same.

The sad truth is that moves resulting from breakups and divorces often turn into nightmares.

Once, showing up at the home of a customer moving out of state, my crew and I exited the truck and walked to the front door.

About halfway there, a frantic man ran from the garage.

After a quick look around, I determined that it probably wouldn’t be a problem, but I didn’t make any promises.

We worked all day diligently and put up with lots of annoying prodding from the customer.

Then miraculously, at about 3:30, we loaded the last item, locked the trailer doors, and signed the paperwork.

To my surprise, the customer asked, “You guys wanna stick around for a few beers?”

Obviously, drinking beer on the job is a big no-no.

“Don’t we need to get out of here right now?” I asked.

“Don’t worry about it,” the customer said. “My wife called and said she was running late.”

On the drive back to the warehouse, the crew and I agreed that he’d made the whole thing up to get us out of his house as fast as possible.

I’m sure he and his wife – if he even had one – had a good laugh at our expense.

Birthdays on the road are exactly like they sound.

For van operators in the moving business, birthdays on the road aren’t fun.

In fact, of all my birthday’s none was worse than the one I spent in Oregon more than two decades ago.

Now the memories are hazy, but I remember loading furniture for nearly 8 hours that day.

Then, feeling surprisingly energetic, I decided to drive for a few hours before shutting down for the night.

My plan included finding a cozy truck stop, taking a hot shower, and enjoying a hearty meal before getting some much-needed sleep.

Driving north on I -5, I was disappointed when the first truck stop I stopped at was full.

I was even more disgruntled when it happened at the second…and the third.

Now it was getting dark and late, and I was absolutely famished.

On the bright side, I still had one failsafe – Jubitz – one of the country’s largest truck stops.

But cue the violins, by the time I got there, trucks occupied every one of their 200+ parking spaces.

Hours later, I found a rest area in the middle of nowhere.

Exhausted, frazzled, and filthy, I ate a bear claw from a vending machine before crawling into the sleeper and slipping into oblivion.

When ordering Spaghetti, hold the rice and gravy.

As a new owner-operator, I enjoyed stopping at truck stops all over the country.

In the beginning, the atmosphere was mesmerizing. I quickly found a national chain with clean facilities, plenty of parking, and good restaurants.

Back then, they had an all-you-can-eat spaghetti deal that included the salad bar for $6.99 (if I remember correctly).

One evening after a long day behind the wheel, I stopped at one of these truck stops in Texas and ordered spaghetti.

They served entrees on plate-sized cast iron skillets, and when mine came, the kitchen piled it high with noodles and meaty marinara sauce.

Diving in, I ate with relish, but as I worked my way down, I noticed something disturbing — a thick layer of rice and creamy brown gravy under my spaghetti.

How it happened, I can’t be sure.

My guess is that it wasn’t intentional, but an employee used someone else’s dirty plate for my order.

Of course, it could’ve been an honest and careless mistake, but I seriously doubt it.

Either way, my days of all-you-can-eat spaghetti on the road were O-V-E-R.

Moving soon? Here are a few quick links to help: 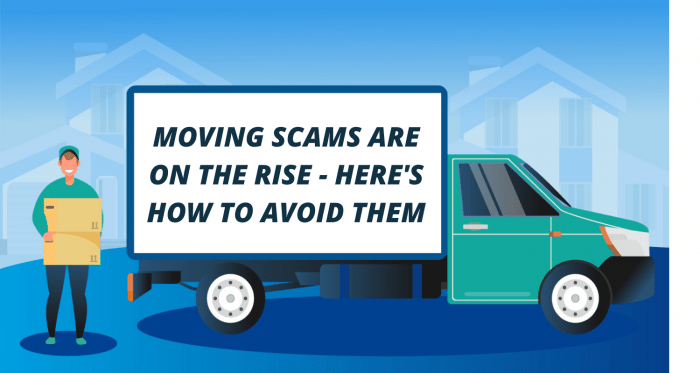 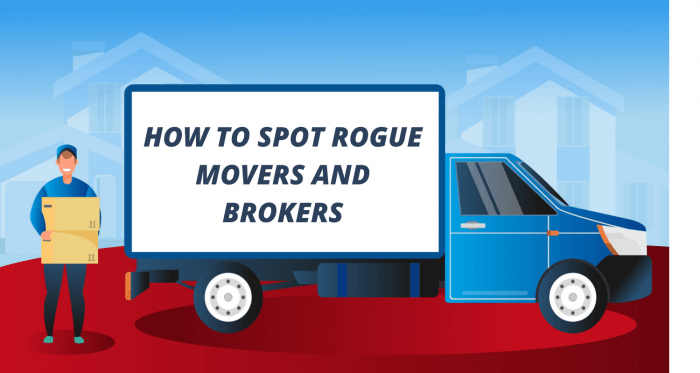 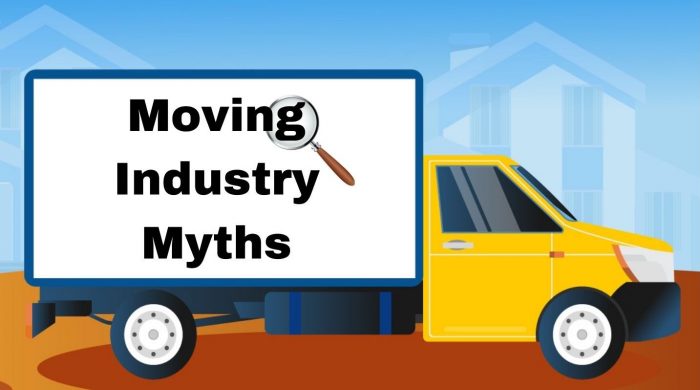 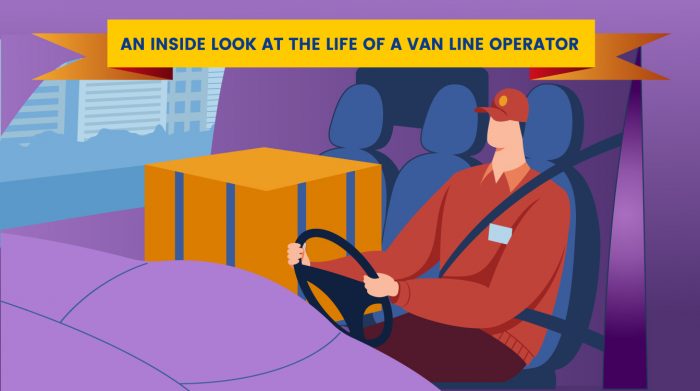 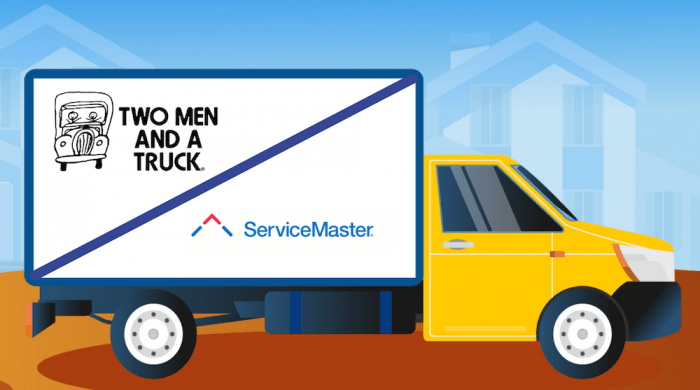 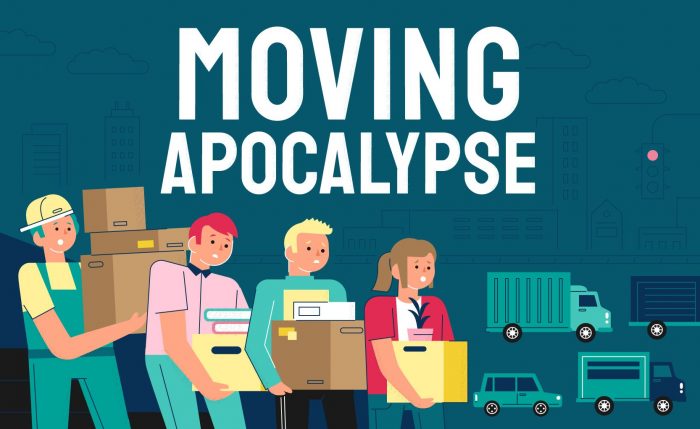 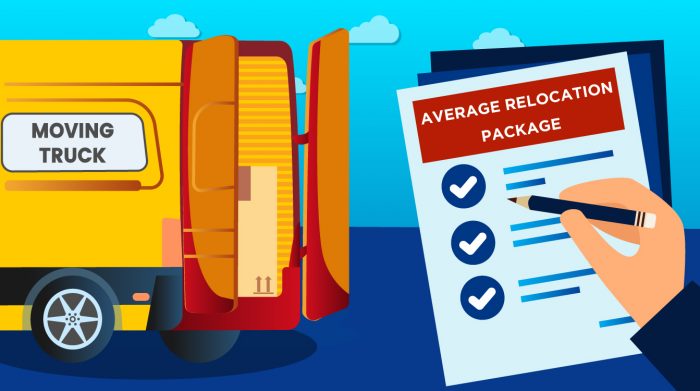 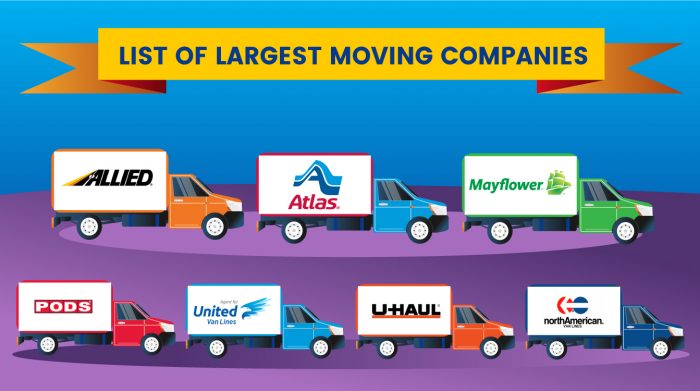 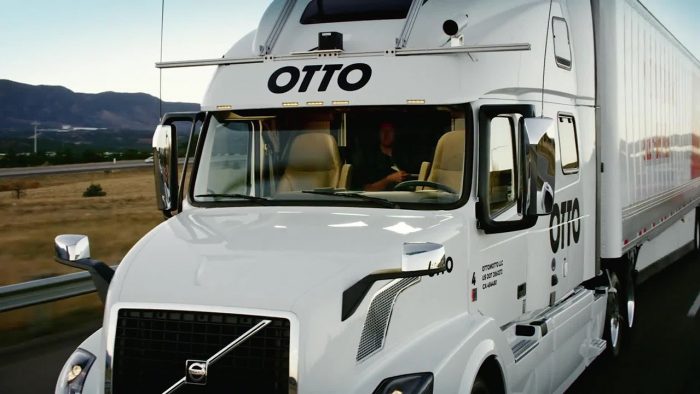 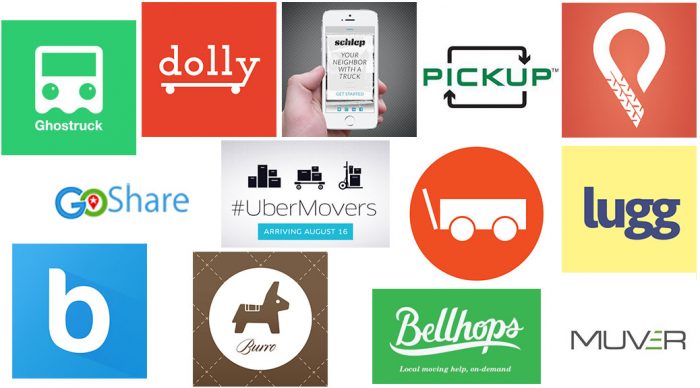