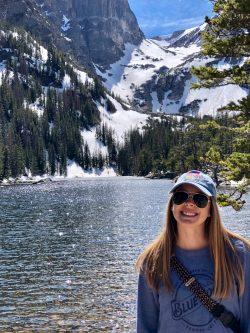 In late June of 2022, Kallie made a work-related move from Winston-Salem, North Carolina to Houston, Texas.

With more than 200 agents and five decades of moving experience, Colonial seemed like the perfect choice to move Kallie’s household goods efficiently and affordably.

So did Colonial deliver, or was Kallie underwhelmed with the company’s performance?

To help others considering a move like hers, Kallie participated in our Better Moves Project by documenting her experiences with Colonial Van Lines.

In this post, we’ll look at what went well, where improvements could have been made, and whether Kallie would use Colonial again.

Kallie’s move in a nutshell

Kallie was “only” moving the contents of an 850-square foot apartment, but hiring a full-service moving company made more sense than doing a DIY move. 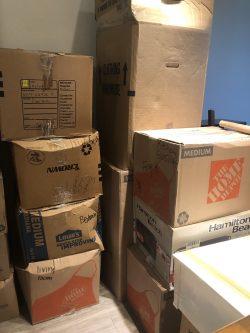 Kallie’s move priorities included keeping costs low, avoiding loss and damage, and finding a mover that could work around her tight schedule.

Her shipment included about 35 boxes and standard household furniture that weighed approximately 3,700 pounds.

Though Kallie wasn’t moving any high-value items, she was concerned about her television, a Papasan chair, and a few large pictures and mirrors.

After doing a phone survey, Kallie’s Colonial representative emailed a $3,898 estimate that was lower than her other quote.

Kallie was confident she’d have a smooth move because she’d used Colonial before.

After paying a $1,850 deposit, Colonial confirmed Kallie’s move details via email and sent links to helpful moving tips and hacks.

Kallie prepared by packing (her mother helped, too), changing her address with the USPS, dealing with utility and internet providers, and planning her cross-country road trip.

Moving day was quick and efficient

After struggling through a traffic jam, Kallie’s movers showed up at 4:30 in the afternoon on the appointed day.

This was about 30 minutes later than expected, but it wasn’t a big deal. 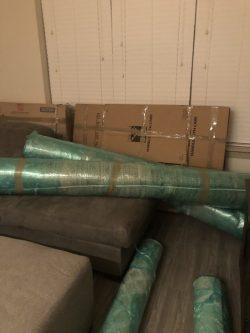 While they packed, wrapped, and moved everything onto the truck, Kallie:

Everything was out of her apartment by 7:30.

The movers arrived at Kallie’s new apartment in Houston just 13 days after her household goods were picked up in North Carolina.

We all want our “stuff” as soon as possible when we move, but Colonial delivered Kallie’s items two days before the end of the estimated service window included on her original quote. 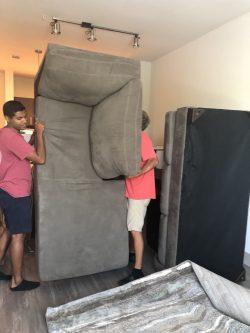 Like the crew in North Carolina, Kallie’s unloaders did a super job.

When it was all said and done:

On the downside, Kallie was charged $480 for the 500-foot carry between the truck and her apartment.

She wasn’t thrilled about the unexpected charge, but she thought it was reasonable, and the movers couldn’t have known about it before arriving.

It’s worth noting that a 500-foot carry could have turned into a shuttle, which would have cost Kallie far more.

In fact, Colonial probably saved Kallie money by carrying and dollying everything between the truck and her new apartment instead of shuttling it with a smaller truck.

What could have gone differently on Kallie’s move

In hindsight, Kallie wishes that:

The verdict – did Colonial Van Lines make the grade?

In the end, Kallie felt like she paid too much and that Colonial’s poor communication made her move a bigger headache than it needed to be.

We definitely sympathize with Kallie wanting her things earlier and her frustration with the poor communication, but by most measures, her move was a resounding success.

That said, she’d probably “start from scratch” instead of using Colonial again on a future move.

Before you go, check out these helpful moving resources: