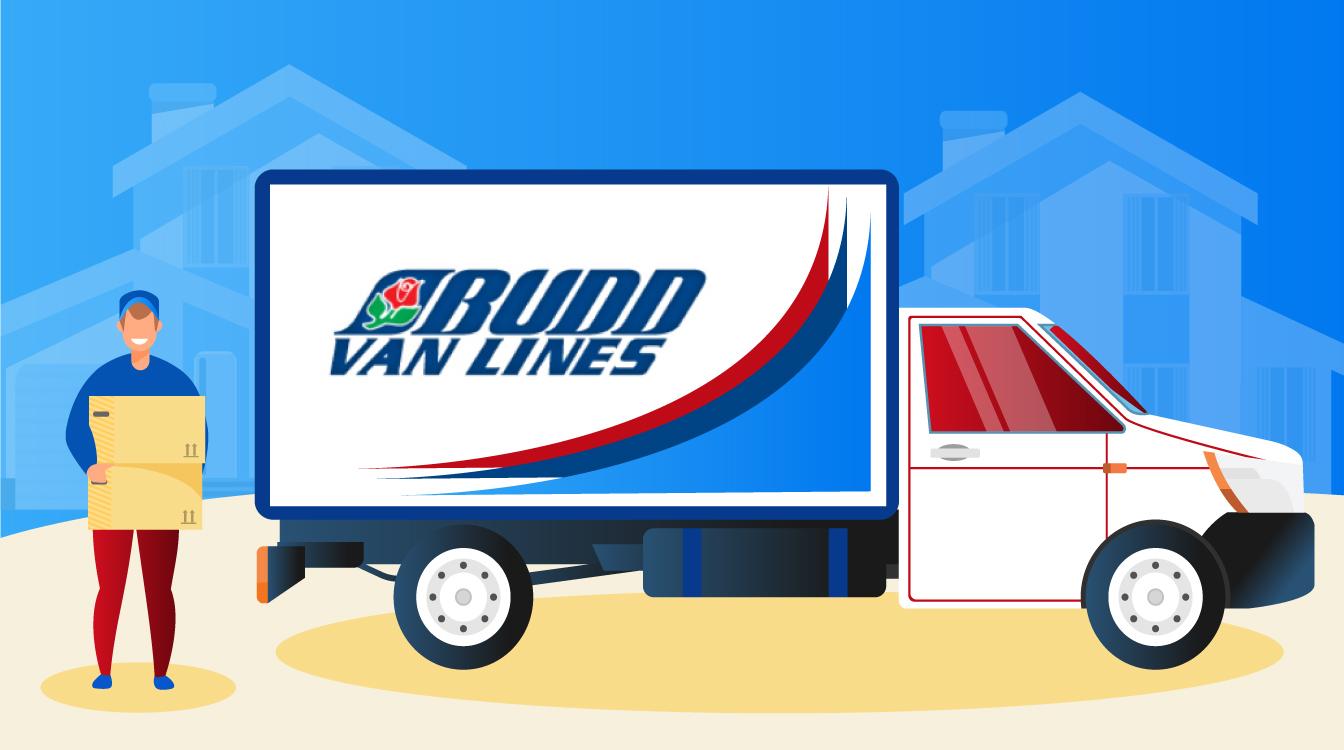 How does Budd Van Lines compare to other professional movers?

Jump to the Budd Van Lines review section that you’re looking for:

The organization was founded back in 1975 and recently celebrated the 40th anniversary. The company headquarters is located in Somerset, NJ. In recent years, operational and sales offices have been established across the country in California, Texas, Georgia, Wisconsin, Ohio, and Maryland.

They are an independent van line primarily focused on providing services to individuals who are relocating within the U.S. and internationally. They have historically not marketed their services to businesses or corporations; however, they have acquired at least one company recently that targets this segment operating in the Wisconsin branch. 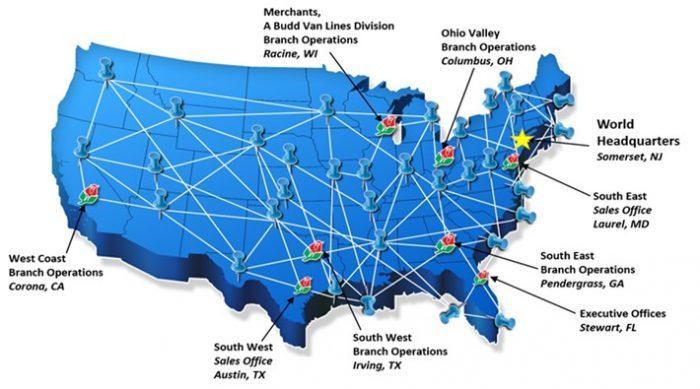 Specialized and Proprietary Standards and Programs

Budd Van Lines promotes several unique initiatives and business practices to differentiate themselves from the competition including the following:

System of Sustainability that Protects the Environment

The company is committed to protecting the environment. The Eco-Crate System is a means of transporting items using materials that are fully reusable and recyclable and prevents cardboard and other discarded packaging from reaching landfills. The organization has sought to partner with vendors that also adhere to “green” business practices. 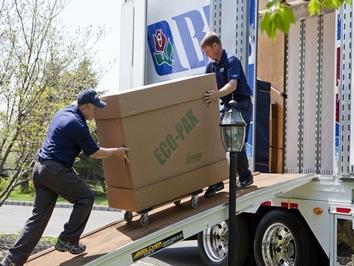 The Load it Once Program

After loading a complete trailer, it is promptly sealed and remains untouched until arrival at the destination. This is a value-added benefit for customers with concerns regarding the intrusion of viral contamination in light of the COVID-19 crisis. The organization has also recently begun testing a fogging product to disinfect trailers as part of their mitigation efforts.

The Team Pack and Team Haul Programs are part of a service model that seeks to avoid problems often encountered by moving companies who rely heavily on subcontracted drivers, labor, etc. Whenever possible, one driver and group of movers is dedicated to completing the loading and unloading of a move to maximize efficiency and reduce errors.

Preventative efforts are made to protect against damage to possessions or property including:

The Good: A Well-Established Operation Spanning a Nationwide Service Area

Budd Van Lines has added field offices stretching from the east coast to Wisconsin, Texas, California, and others. They have improved internal operations and established best practices such as the Signature Standards, Team Pack, and Team Haul initiatives. These quality measures involve maintaining high-quality employees, packing methods that reduce potential damage, and providing customers with a designated representative that oversees all aspects of the moving process.

The Bad: Subcontracted Labor Tends to Demonstrate Carelessness and Unprofessionalism

Unlike many moving companies that operate as a broker, Budd Van Lines is an independent carrier that generally uses its team of in-house staff to provide services. The “Budd Executive Difference” outlines their commitment to using professionally trained employees instead of outsourcing. A few online reviews contradict this claim stating that contracted drivers and labor were used and resulted in damage to transported belongings.

Customers can use the website template for entering the details of a potential move and will receive a follow-up call to obtain a price quote. Pricing is provided by a representative either in-person or remotely via an interactive video application. Budd Van Lines does not present its services as being the lowest cost in the moving market; rather, they focus on delivering personalized, dependable, and professional service.

Compare their moving cost with the best in the business.

In 2019, the Relocation Managers’ Survey on Household Goods Shipment named Budd Van Lines as having the Highest Average Satisfaction Score. In 2018, the Nationwide Relocating Employee Survey found Budd Van Lines to be the Top-Rated Independent Carrier.

The Google reviews for the New Jersey location had an overall 4.1 out of 5 ratings. One customer complained that the driver badly damaged his lawn while operating a moving truck. Another customer stated that the movers created damage to their interior walls and doors.

The Google reviews for the Corona, California location had an overall 3.9 out of 5 ratings. A dissatisfied customer who filed a claim for damage to their belongings said the company acted indifferently and failed to promptly return calls to address concerns.

The Yelp Reviews for the Corona, California location contained comments from several customers that praised the professionalism of the employees. One disgruntled customer explained that the trailer containing her belongings was broken into when parked overnight and many possessions were stolen.

The Wisconsin location was rated by the Better Business Bureau as a B-.

The company presents itself very well throughout their website. They have a wealth of innovative specialty services, numerous industry awards, and plenty of press releases discuss the company’s expansion.

The online reviews from their customers could be summarized as being average to good. In addition to having many unflattering reviews, they had a very apparent lack of reviews—positive or otherwise. This seems like a potential cause for concern for an organization that has been providing moving services for more than 40 years. The management seems very active in its nationwide and international company growth; however, they may be overlooking the quality of service needed to truly provide excellent customer satisfaction.