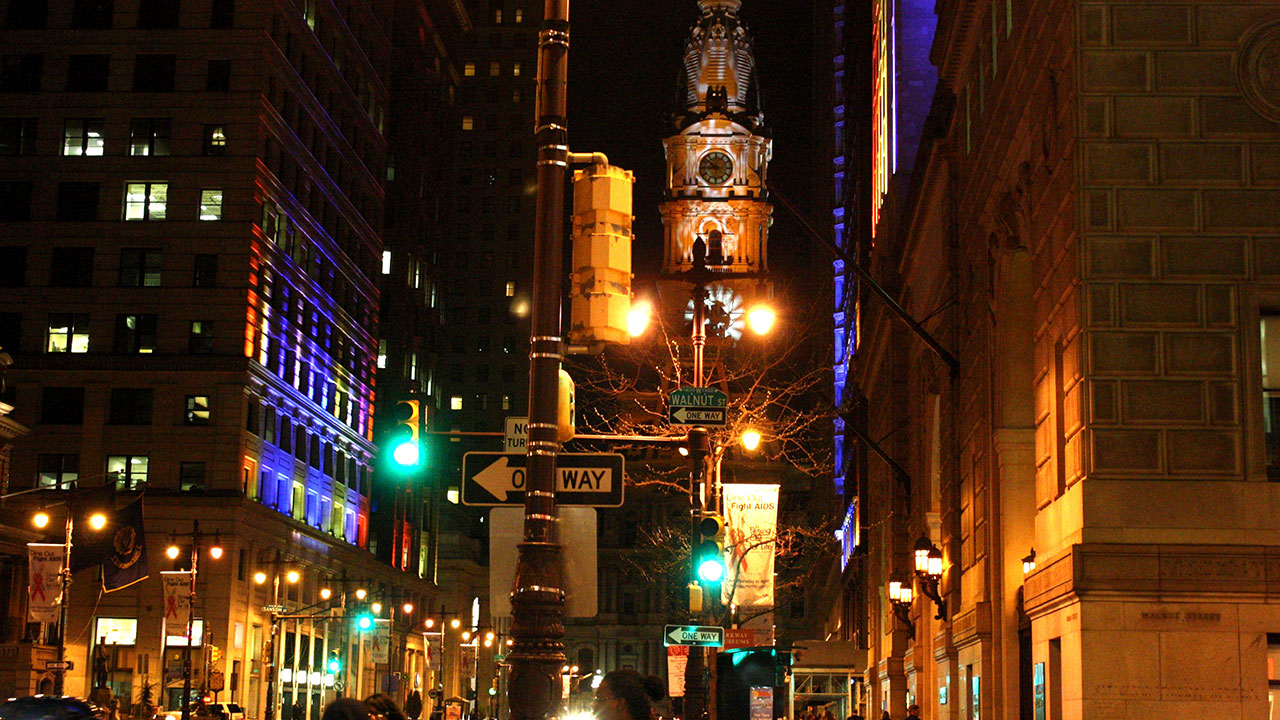 Philadelphia is the 6th most populous city in the US, and with that many people comes a lot of population flow.

To help get a clearer picture of who’s moving to and from Philadelphia, we’ve compiled the data from our moving estimates calculator to determine where Philadelphians are coming from and where they’re going.

That’s a good amount of people to sift through, so let’s start with a broad scope and look at which states most of them are coming from. 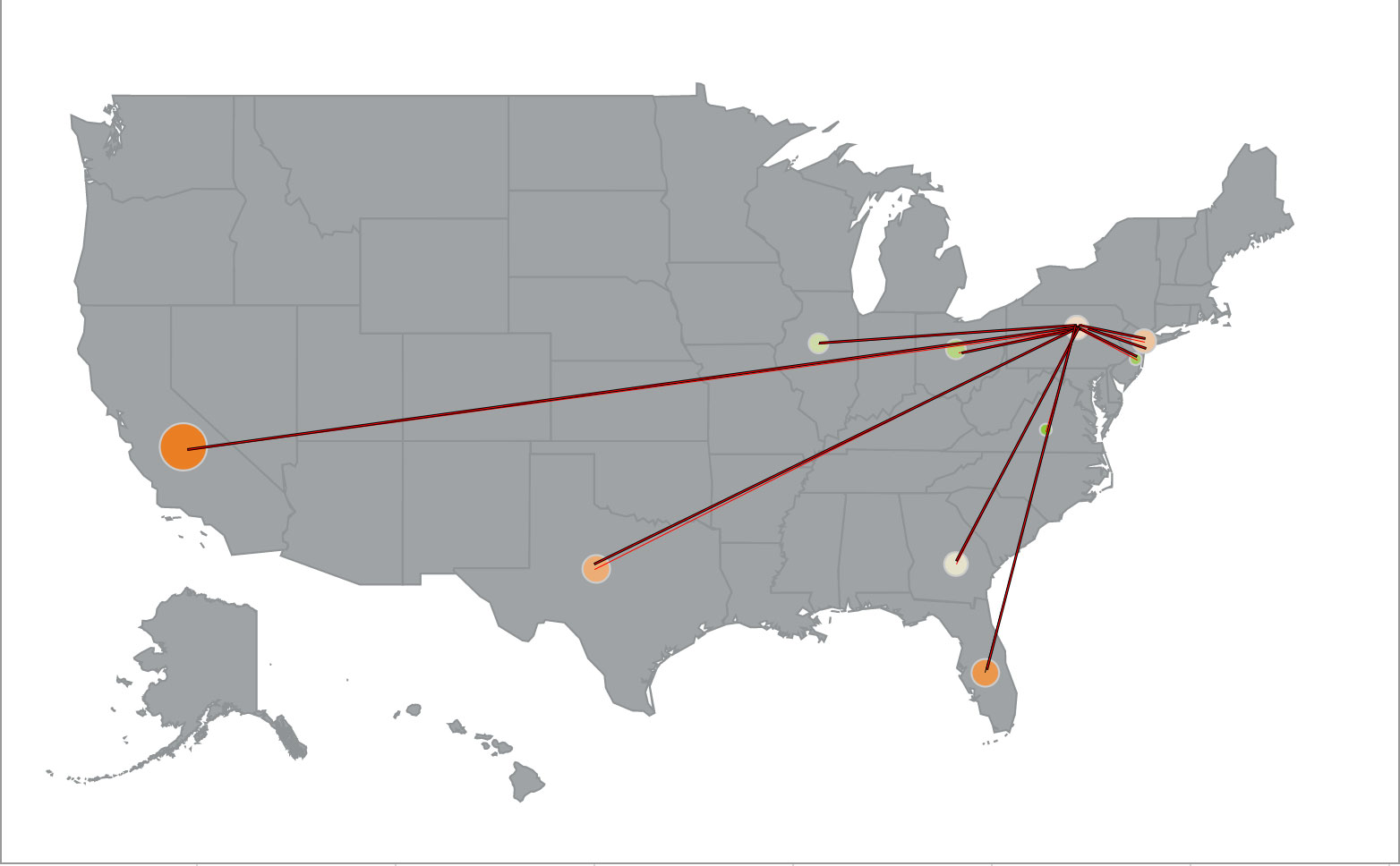 From this, it’s pretty easy to pick out a few trends; People in states near Philadelphia tend to be drawn to the city.

And, it appears that states containing other large cities (like California and Texas) see many people heading to the East Coast.

These observations are strengthened when we look at the individual cities people are coming from.

Which cities are people leaving for Philadelphia? 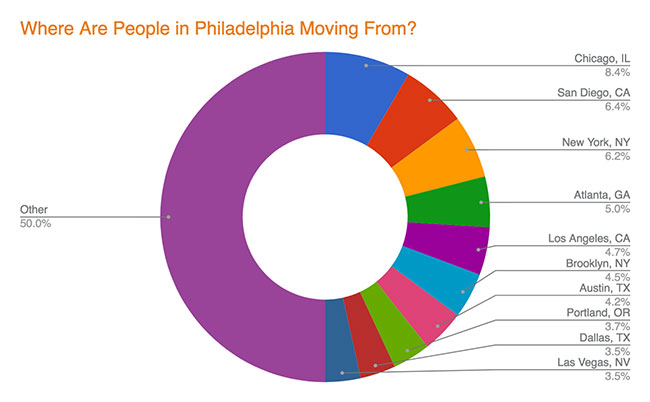 As we said above, there are a lot of large cities here.

Interestingly, the number 1 and 3 states, California and Texas, each have two cities on the list while the number 2 state, Florida, has no cities listed.

And while we’re looking at individual cities, let’s see where people leaving Philadelphia are headed.

Where are people leaving Philadelphia going? 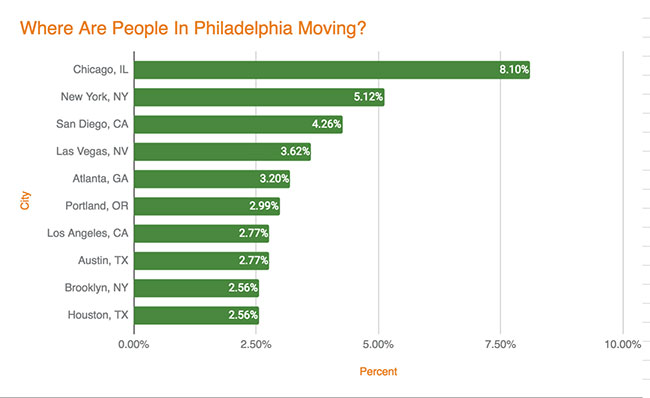 Top 10 Cities People In Philadelphia Are Moving To

You’ll notice people leaving Philly are going to a lot of the same cities people moving to Philly are coming from. This is likely due to natural population exchange that tends to happen between larger urban hubs.

It’s also interesting Las Vegas ranked fairly high compared to the number of people coming from that city, but that’s likely a matter of volume affecting the ranking more than anything else.

Because there are so many similarities between the list of cities people in Philadelphia are moving to and from, looking at their net gains and losses can be the best way to get a concrete idea of who exactly is drawn to the city. 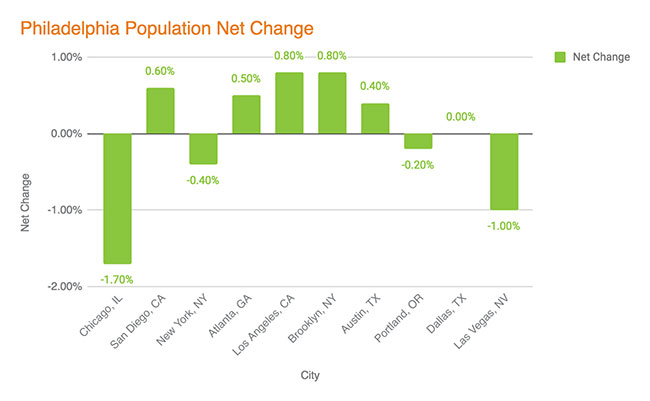 The only cities Philly is losing more people to than it’s gaining are Chicago and Las Vegas.

San Diego, Los Angeles and Brooklyn all have more people moving to Philadelphia than coming from them.

Whether you’re planning on leaving or you’re making the move to Philly, hopefully, these stats will give you an idea about the city’s population and who are drawn to it.

Our Data:
The above migration trend analysis is primarily based on usage data from our moving cost calculator tool along with information from the US Census Bureau.