Why is storage so expensive?

Especially by those who didn’t plan on needing it in the first place.

After all, if your items are just sitting in a vast warehouse minding their own business, what’s all the fuss?

While storage itself may be reasonably inexpensive, it’s getting your items into the warehouse on the front side, and delivered to your new home on the tail-end of your move that typically increase the cost so significantly.

Instead of thinking about storage as one expense or service, it’s a good idea to consider each of its components individually.

By doing so you’ll become a well-informed consumer.

You’ll also know what to expect if you need storage unexpectedly, and what questions to ask while, screening movers.

If you’re still trying to decide what type of storage to book, see our breakdown of the best temporary storage option for you.

Storage-in is a term used to describe the time and labor required to get your items from the home you’ve just vacated to the mover’s warehouse.

For those moving locally, storage-in costs are usually (but not always) based on an hourly rate.

If your household goods weigh 7,000 pounds, the estimated costs associated with getting them to the warehouse may look something like this—

The company may add other items like travel or fuel charges too, but everything should be itemized so there aren’t any surprises.

If you’re moving out of state, the charges for storage-in are usually based on a flat-rate per 100 pounds (hundredweight) of your shipment’s weight.

Here, the charge per hundredweight (or every 100 pounds) is abbreviated as CWT.

Warehouse Handling (In and Out)

Now that your items are officially at the warehouse, there are other charges that may apply.

In theory, warehouse handling compensates the moving company for the time and effort required to get your items from the truck into the warehouse.

This may include things like forklifting the storage containers to the area in which they’ll be stored, labeling them, and logging them into the computer system.

And in most instances, warehouse handling is charged twice.

Because it applies on the way IN to the warehouse, and the way OUT when you’re finally ready to take delivery.

While in storage, your items will be placed in large wooden or plastic containers typically referred to as vaults.

It’s common practice for movers to bring these storage vaults directly to your home on move day.

If the containers aren’t brought to your home, your items will be double handled back at the warehouse when the crew unloads the truck and reloads your goods into them.

For this reason, it’s wise to get a written guarantee that the company you chose will provide this service because double handling can lead to unnecessary damage.

If you’re moving with a big national van line and need storage before taking up residence in another state, you may alternately incur a first-day storage charge.

First-day storage charges are storage-in and warehouse handling-in charges rolled into one.

Remember, you should pay for storage-in and warehouse handling OR a first-day charge, but never both.

Should you store with your moving company?

Compared to other related charges, storage itself may be surprisingly reasonable.

As mentioned in previous articles, many movers will offer a free month of storage to entice customers into using their services, but you’ll almost always be charged full price (or more) for subsequent months.

Storage charges are usually based on the weight of your shipment if you’re moving out of state, and like storage-in they’re usually calculated using the CWT method.

For customers moving locally, many companies base their storage charges on the estimated number of vaults your shipment will occupy.

Keep in mind though, this may just be an educated guess.

If the estimator calculates that your items will fit into 7 storage containers, it’s possible that on move day the movers will use 8 or 9.

If so, you’ll probably be charged for the additional vaults.

It’s important to note too, that storage should be charged on a per-day basis.

This way you’re only charged for the actual time your items are stored.

When storage charges are based on containers instead of weight, you’ll want to make sure the crew is utilizing vault space efficiently on move day.

Regardless of where you’re moving, you should be offered free insurance options between .30 and .60 cents per pound per item.

If you’re OK with this option it’ll cover your items for the transportation and storage portions of your move.

The bad news is that it’s limited coverage at best, and will only compensate you minimally in the event of loss or damage.

For example, if a flat-screen television weighing 100 pounds is destroyed during your move, you’d only be reimbursed between $30 and $60.

Not much is it?

If wouldn’t even begin to replace the damaged item, which is exactly why it’s free!

On the other hand, if you choose to purchase additional insurance like Full-Value Replacement Coverage, you’ll not only pay a premium for the transportation portion of the move but for each month your items are in storage as well.

For many shipments, it can add hundreds of dollars per month, which can make your total move cost balloon significantly.

Yes, you’ll have peace of mind, but you may want to do a cost analysis to determine if the extra expenditure is worth it.

Items that don’t fit into standard storage vaults are referred to as bulky items, and they may represent additional storage charges.

Bulky items include things like hot tubs, motorcycles, and playground equipment, so if your move includes any of them, you’ll want to discuss them with your move consultant.

Storage-out is the final transportation or delivery portion of your move from the warehouse to your new residence.
For those moving locally, the charges are usually based on an hourly rate like they are for storage-in.

If your new home is in a different state, however, storage-out is calculated like it is on interstate moves—a combination of the weight of your items and the distance they’ll be traveling.

Though many families have the luxury of moving directly from one residence to another, others aren’t so lucky.

Even if you’re fairly sure you won’t need it, it’s always a good idea to get storage estimates from the companies you’re considering working with.

Storage is often a last-minute necessity brought about by delayed closings and home financing arrangements gone awry.
Knowing what to expect beforehand is a proactive way to lessen the shock should the eventuality arise.

If you’re moving from one state to another, you’ll have the option of storing your household goods at a warehouse near your old home or one closer to your new one.

From a logistical standpoint, it’s a good idea to have your items stored as close to your new home as possible.

That being said, many movers offer discounts and other incentives that make it financially appealing to store your items in their warehouse near the home you’ve just vacated.

If you’re flexible and not particularly worried about moderate delivery delays, it might be a great way to minimize storage costs.

Check out which temporary storage option is best for you 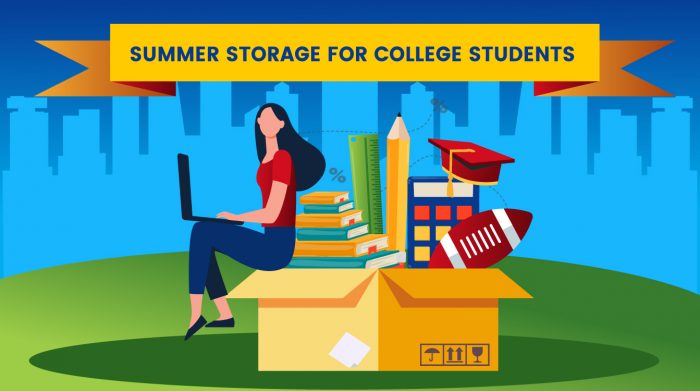 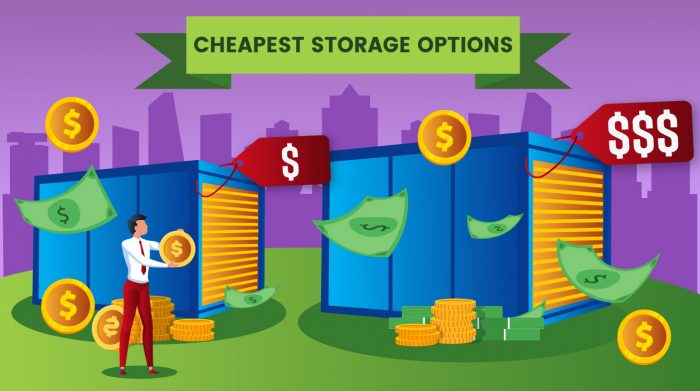 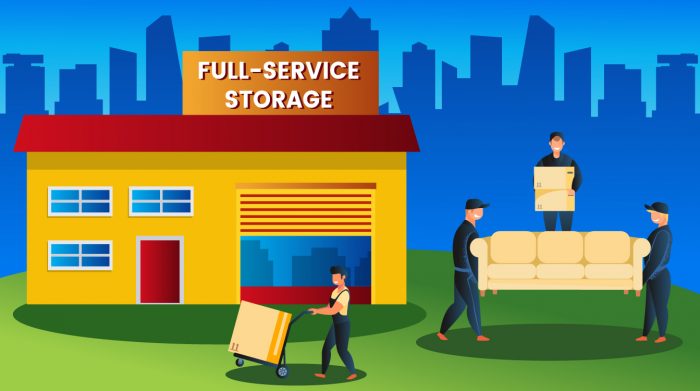 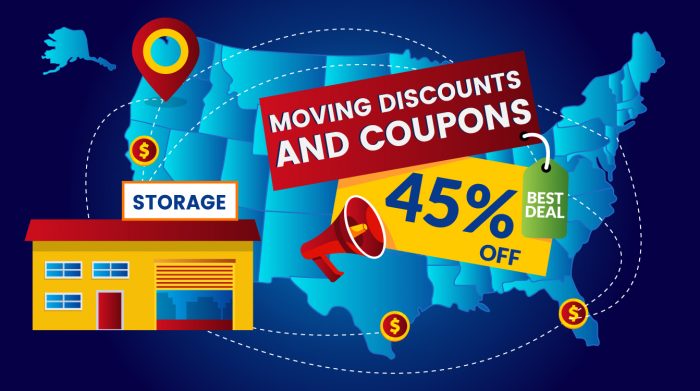 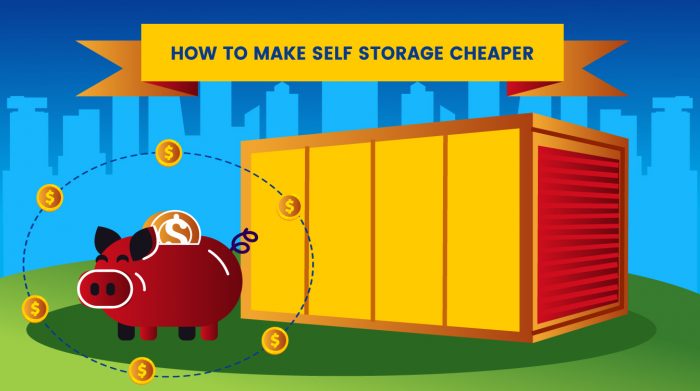 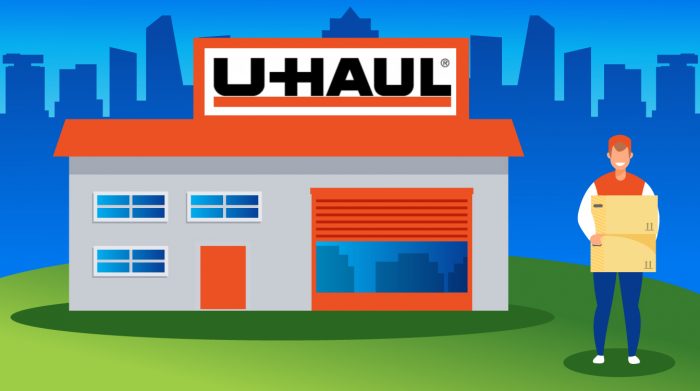 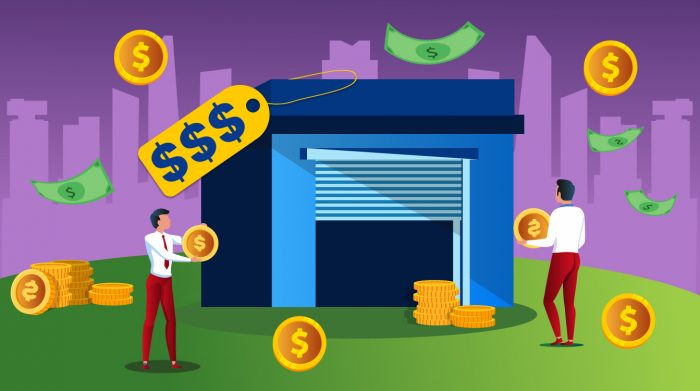 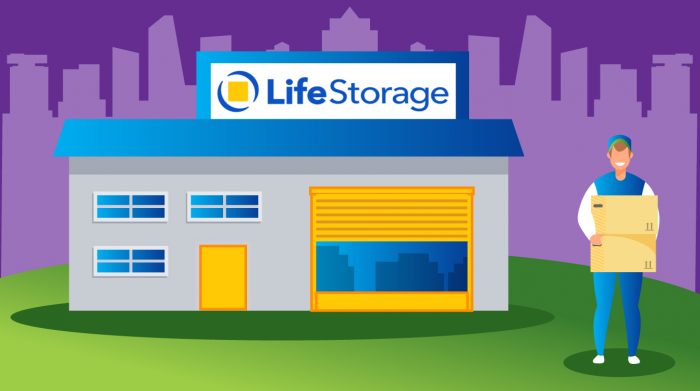 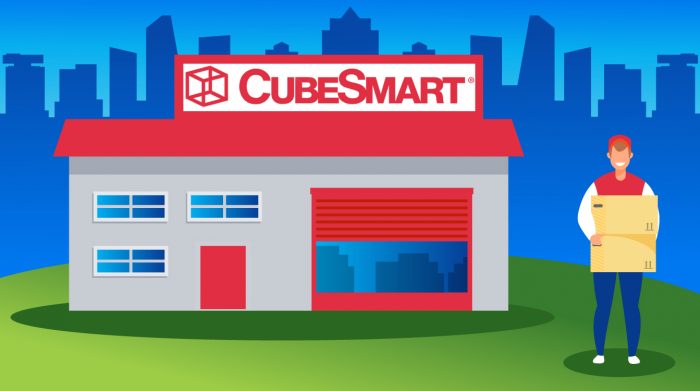 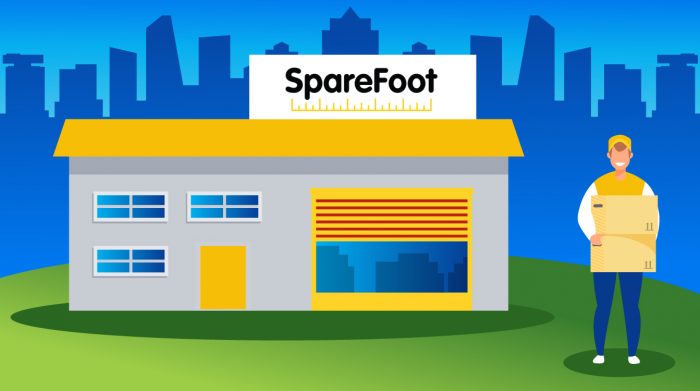 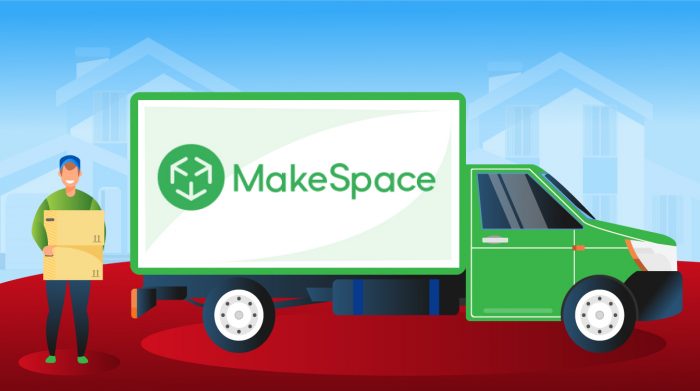 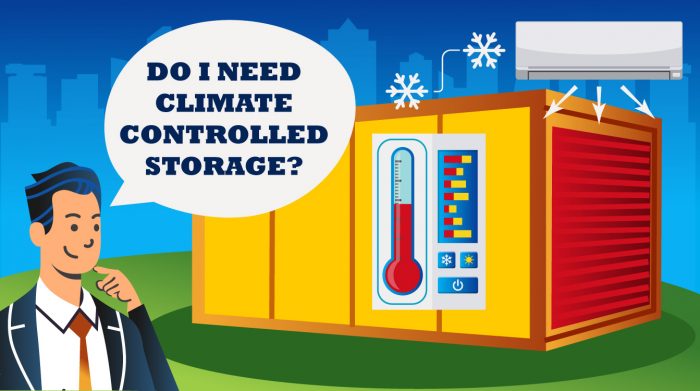 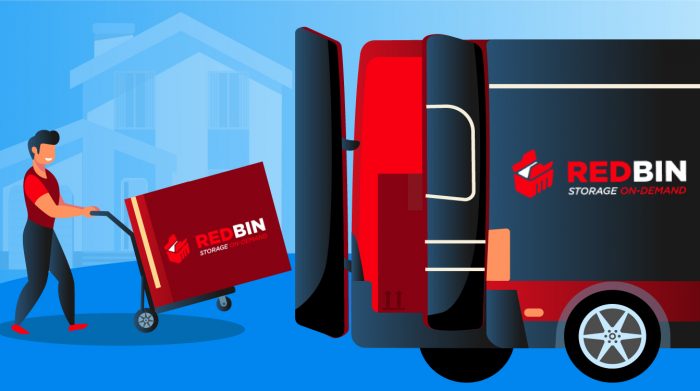 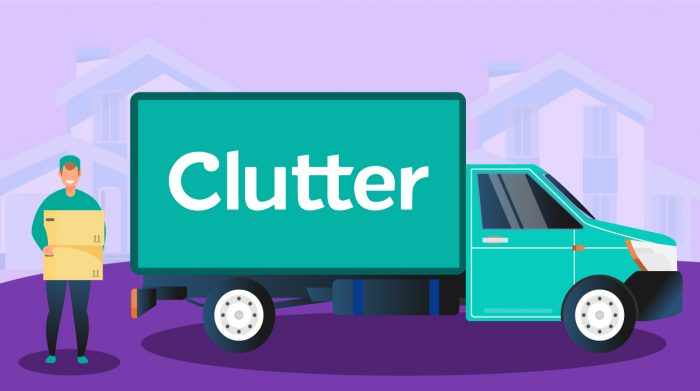 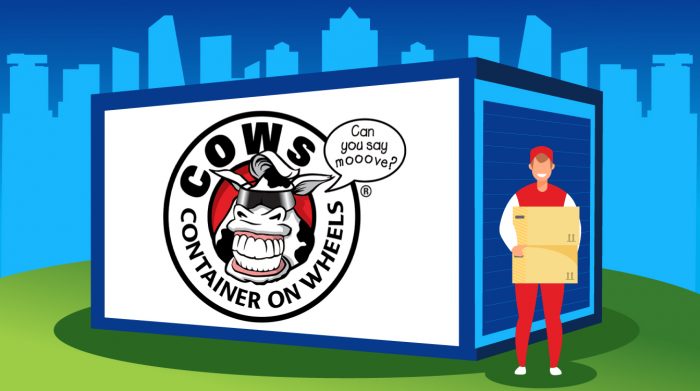 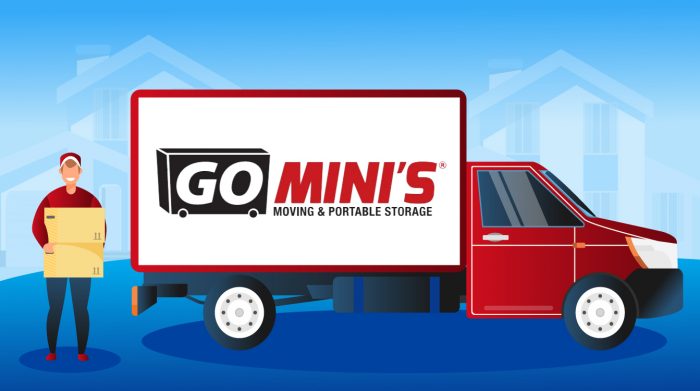 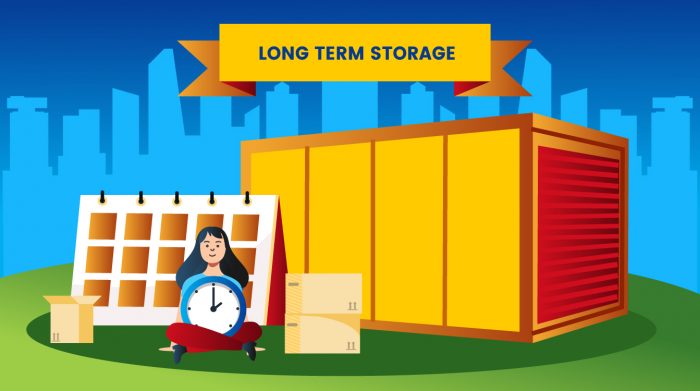 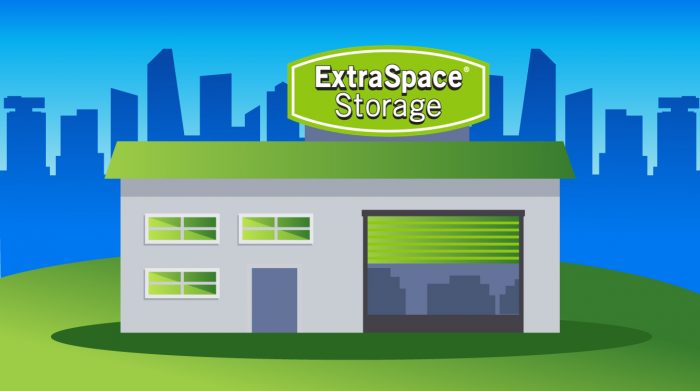 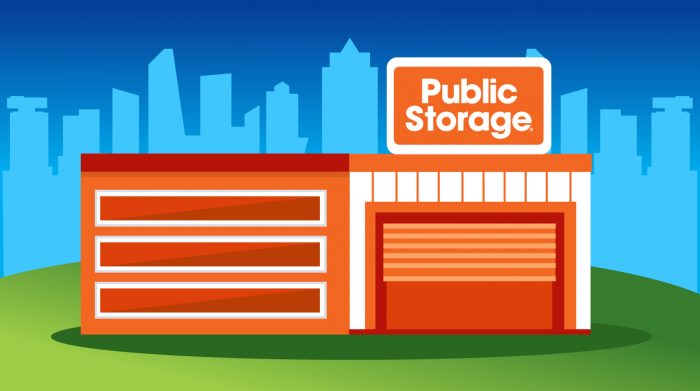 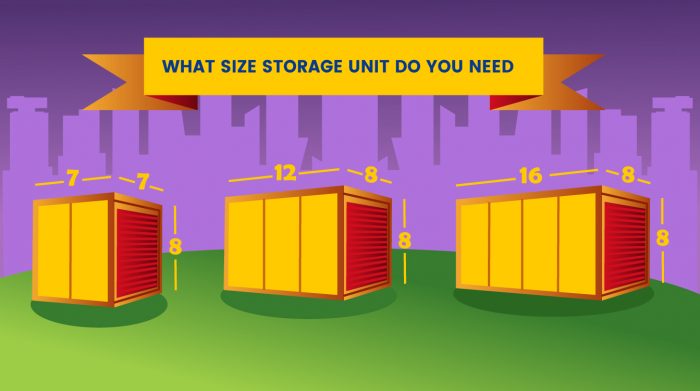