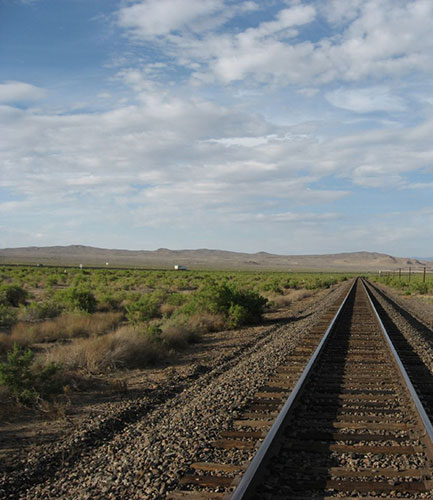 Moving for a job or just to live in a new city is a relatively new idea.

For centuries the idea of moving far away was terrifying and mostly impractical for the average American.

The transcontinental railroad changed mobility in the United States forever and in the process created an entire industry around long distance moving.

Why Build a Railroad?

A primary reason Great Britain fought so hard to keep the American colonies was the promise of the vast North American continent.

About two billion acres lie between the Atlantic and Pacific oceans. Only a small fraction of that territory had been settled by the turn of the 18th century.

Newly independent and with bustling cities up and down the eastern seaboard, the United States soon turned its eyes west, embarking on an era that would be known to posterity as “Manifest Destiny.”

And how would these westward pioneers come to cross the great expanse of the American continent? Railroads. 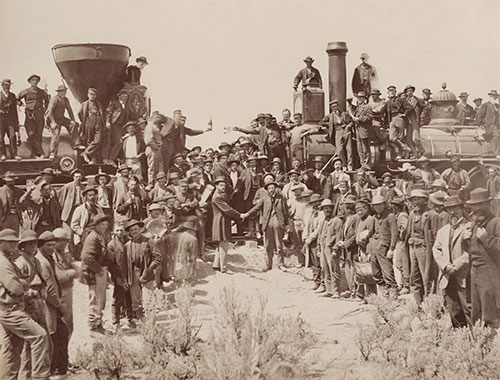 Creation of the Transcontinental Railroad

The first big step in the creation of a transcontinental railroad was the connection of America’s major existing cities.

This was accomplished by 1850 with rail lines connecting the eastern cities of Boston, New York, Philadelphia, Baltimore, and more. 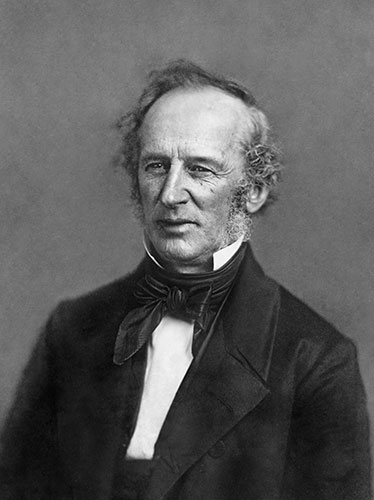 This era spawned the image of great “robber barons” like Cornelius Vanderbilt, the founder of the New York Central Railroad.

The keystone of the great eastern railroads was the Pennsylvania railroad.

Founded in 1846, just as America’s westward expansion was beginning, the Pennsylvania Railroad would go on to become the largest railroad in the country with nearly 11,000 miles of track.

It wouldn’t stop there—the Pennsylvania Railroad, though now defunct, was one of the largest and most successful corporations of all time.

At its height, the Pennsylvania Railroad employed more than 250,000 workers and ran a budget larger than the US government. In fact, it still holds the record for longest dividend history, having paid out an annual dividend for an entire century.

Despite all these amazing facts, most people today will know the Pennsylvania Railroad as the namesake of the preponderance of Penn Stations. 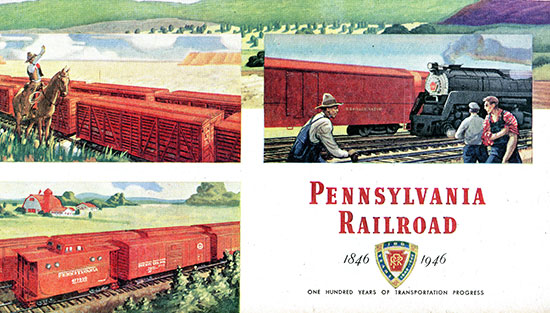 With all of the eastern states and their major cities connected, the natural step was to continue across the great expanse of the American continent.

This step across the continent was widely referred to as “Manifest Destiny,” a desire to fulfill America’s destiny by expanding westward. 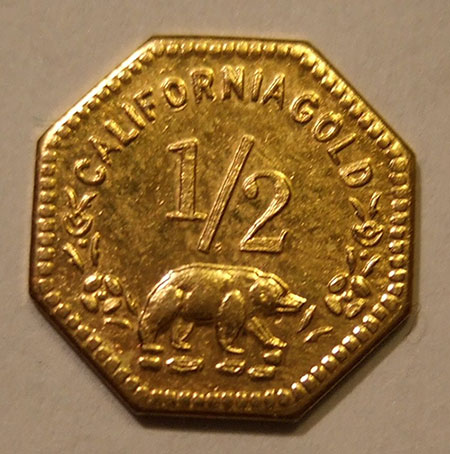 This desire only intensified with the discovery of gold in California and the rush of prospectors in 1849.

Without railroads, the only way to reach San Francisco and the west coast was by brutally long sea routes or equally perilous overland wagon trains.

Anyone who’s played Oregon Trail can testify to how difficult those journeys could be.

The first of two major pieces of legislation precipitating the actual construction of the transcontinental railroad was the Homestead Act, signed into law by President Lincoln in 1862.

The Homestead Act provisioned public land for private settlement at the cost of $1.25 per acre. This sum was a pittance, amounting to about $30 in today’s money.

In all, about 270 million acres west of the Mississippi River were transferred to the private ownership of roughly 1.6 million homesteaders.

This mass migration provided the impetus for a transcontinental railroad. A railroad that would provide safe, reliable travel for all wanting to manifest their destiny.

The second piece of legislation that officially commenced the construction of the transcontinental railroad was the Pacific Railway Act, signed into law by President Lincoln on July 1, 1862.

The act authorized the Central Pacific Railroad to build a rail line east of Sacramento, California. It also allowed for the establishment of the Union Pacific Railroad Company. The company’s primary mission was to build west from existing rail stations along the Missouri River.

Upon ratification of the Pacific Railway Act, railroad construction commenced eagerly in 1863 on both the eastern and western ends of the route. Construction over the next half-decade would be rushed, wild, and at times chaotic. 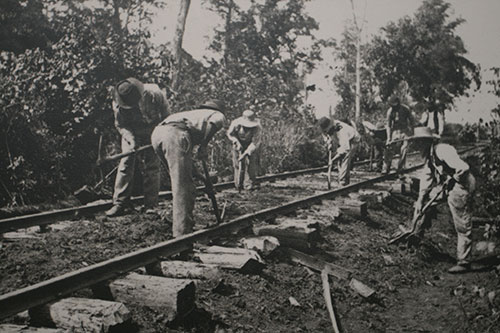 Building railroads was tough work. Twelve tunnels were hand drilled through the Sierra Nevada Mountains at a rate of only a few inches per day. There were infamous nitroglycerin explosions at a Wells Fargo office in San Francisco. And not to mention, constant attacks from Native Americans. 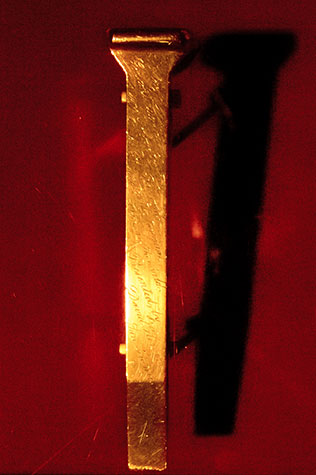 This chaos would finally converge at Promontory Summit in Utah, where the Central Pacific and Union Pacific joined their tracks with the famous golden spike on May 10, 1869. The Golden Spike was the final spike to complete the massive railroad project and symbolizes the beginning of a new era for the United States.

The place where the tracks met is now a National Historic Site and the Golden Spike is on display at Cantor Arts Center at Stanford University.

By 1880, the transcontinental railroad was transporting $50 million dollars in cargo per year, or $1 billion today.

Perhaps more importantly, a westward journey that took several dangerous months before 1870 could now be accomplished in less than a week. Americans could travel between the oceans with ease, leading to a boom in commercial and cultural expansion. Los Angeles soon rose with San Francisco as the bastion of a new golden land of opportunity.

By the turn of the century, America was well on its way to manifesting its destiny as the world’s leading transcontinental power.