According to data collected by moveBuddha, approximately 6,291 residents of the San Francisco Bay Area requested outbound moving assistance between March 11 and September 23, 2020. But unlike other regions in the United States experiencing mass dispersal, Bay residents are leaving one of the least affordable areas in the country.

Coupled with the uncertainty of a pandemic and the rise of remote workers, many Bay residents are migrating to cities with lower costs of living and taking their spending power with them.

Tech companies such as Facebook Inc., Twitter Inc., and Alphabet Inc. (parent company of Google) are now allowing Bay employees to permanently work remote, although some companies are even incentivizing outbound moves to less expensive cities.[1]

According to Bloomberg, Bay company Stripe Inc. is offering a one-time $20,000 bonus to employees who move from San Francisco, New York City, and Seattle.[2] The catch: employees who accept the bonus must relocate to more affordable areas and take a 10% pay reduction.

Not all residents can afford to stay in the Bay

What’s also unique about the Bay Area is that while nearly any state or city in the country is more affordable, not all Bay residents earn above the national average. According to the U.S. Census Bureau, Bay residents earned a median annual salary between $33–$69K per capita between 2014–2018.[3]

However, 49.8% of Bay residents live in Marin, San Francisco, San Mateo, and Santa Clara counties, which raked-in a median salary of $52–69K a year (meaning half their working population earned significantly more). Meanwhile, Alameda and Contra Costa counties’ median wage is roughly $7–$24K less, and yet the difference in monthly home mortgages only falls by a few hundred dollars.

The region’s unaffordable housing is also exacerbated in cities like Oakland, where 2+ bedroom homes now sell between $500K and $4.8 million. “I don’t know anyone that could afford to buy a house here,” says Oakland resident Heidi Olson, who works as an Associate Creative Director.

According to Olson, a single person would need to make at least $120K a year to feel stable in the Bay. But despite the region’s exorbitant cost of living, she doesn’t plan on leaving anytime soon. And she doesn’t know anyone who is threatening to.

“We joke about it sometimes, especially seeing rent prices in other cities,” says Olson. “But the jobs here are too good. Among other things.”

Former Oakland resident Josh Evetushick recently sold his home to a Californian family, although the booming real estate market was not his primary motivation for leaving. “After looking at finances 8–10 months ago, we realized we’d have a higher quality of life in Colorado,” says Evetushick, who began planning a family with his partner in early 2020.

Like many outbound residents, Evetushick is a remote employee for a Bay Area finance company and has joined hundreds of Bay residents in moving to Colorado. Evetushick says he’s already met several transplants from San Francisco, Oakland, and Los Angeles. “You definitely notice more traffic and people moving in,” says Evetushick. “The population is quickly growing here with transplants.”

Evetushick cites many perks of living in Colorado, such as the affordability, easy access to nature, and feeling safer in less populated areas. However, a notable drawback involves the local response to incoming residents.

“Being a Californian, Coloradans aren’t too friendly toward you, unfortunately,” says Evetushick. “They say everyone from California and Texas is moving to Colorado.”

While many Bay residents are moving to states like Colorado, data collected by moveBuddha reveal Texas and Washington as the most popular state destinations in 2020. The state of New York earned the No. 3 spot for the Top 10, where Colorado finally appears at No. 4.

Of the 6,291 residents who left the Bay Area since March 11, 2020, the majority of residents moved to relatively affordable cities such as Austin, Portland, Oregon, Denver, Dallas, and Boise, Idaho.

However, the wealth of the Bay region appears to favor tech cities like Seattle, which happens to be the sixth most expensive city in the U.S. In fact, 10% of outbound residents moved to five of the most costly urban areas in the country, including Boston, Washington, D.C., and the Manhattan and Brooklyn boroughs of New York.[4]

All outbound moving data is provided by moveBuddha’s Moving Cost Calculator tool. Additional data involving salary and housing demographics are provided by the U.S. Census Bureau’s Quickfacts table, which features population estimates from 2019 and demographic information from 2014–2018. All financial figures from Quickfacts represent dollar values from 2018. 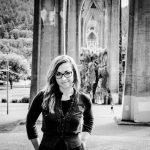