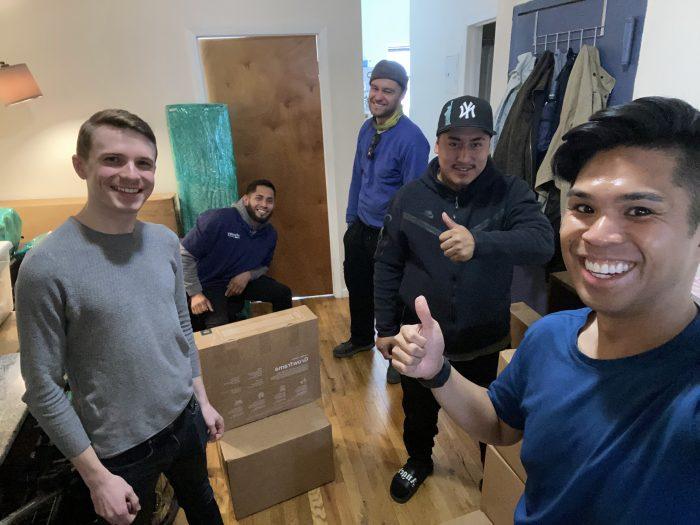 In the summer of 2022, Christian and his partner moved from Brooklyn, New York to San Francisco, California to start new jobs and be closer to their families.

Christian wanted the best mix of service, flexibility, and affordability to make the most of his $5,000 relocation stipend.

He was also eager to avoid hidden fees and last-minute price increases.

According to Safeway’s website, the company values integrity, accountability, and effective communication.

Though Christian experienced a few minor issues along the way, he had a positive experience with Safeway.

To help those considering a move like his, Christian participated in our Better Moves Project by documenting his experiences.

In this post, we’ll focus on what Safeway did well, where improvements could have been made, and whether Christian would use the company again in the future.

Christian’s move details at a glance

During the screening process, he:

After filling out an online inventory form and speaking with a helpful representative, Safeway came through with a $4,300 quote.

Christian also got quotes from American Van Lines and United Van Lines, which were well over $8,000.

Based on the company’s positive reviews, professionalism, and rock-bottom pricing, the decision to use Safeway was an easy one.

How Christian prepared for his move

The company also sent a moving packet with links to helpful YouTube videos and contact information for a preferred packing supplies vendor.

Early on, Christian was most concerned about his musical instruments, standing desk, bicycle, and Dyson vacuum cleaner.

To maximize efficiency to ensure that they moved as little as possible, Christian and his partner prepared by:

Moving day was a positive experience 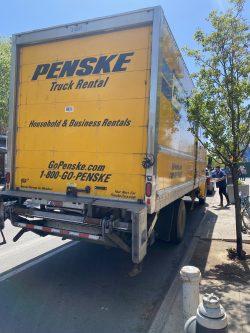 After a brief walk-through, the driver determined that:

Once the contract was amended, the team got to work packing, wrapping, and moving everything to the truck.

The crewmembers were personable and efficient, and Christian was pleased that the driver prepared a detailed inventory.

To keep the movers happy and motivated, Christian and his partner bought donuts, played relaxing background music, and made sure they had clear paths into and out of the residence.

The crew was done by 1:30, but Christian was disappointed that his items would be stored in New Jersey until a truck bound for California showed up.

Christian’s household goods were eventually transferred to a tractor-trailer and shipped to California. 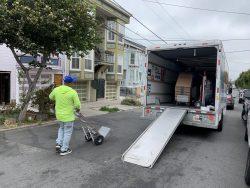 However, he couldn’t get a permit because the movers weren’t able to give him a firm delivery date.

This is common on long-distance moves because movers deliver within multi-day or multi-week “windows.”

With so many variables involved, movers generally give customers only 24 or 48 hours of notice.

The situation was inconvenient for Christian, but in the end, everything worked out. 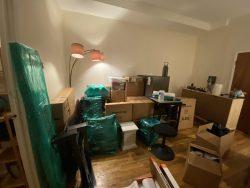 The movers arrived later than expected due to traffic issues.

Thankfully, the crew’s demeanor and professionalism put Christian at ease, and everything was off the truck and into his new apartment in no time.

Luckily, the movers didn’t get a citation for parking without a permit.

Christian decided not to file claims for these items.

Safeway never followed up to see how Christian’s move went.

The verdict – did Safeway make the grade?

What Christian liked about Safeway:

Christian’s advice for anyone contemplating a move like his

On the other hand, the company probably isn’t a good fit for those with inflexible moving dates.

Before you go, check out these helpful moving resources: