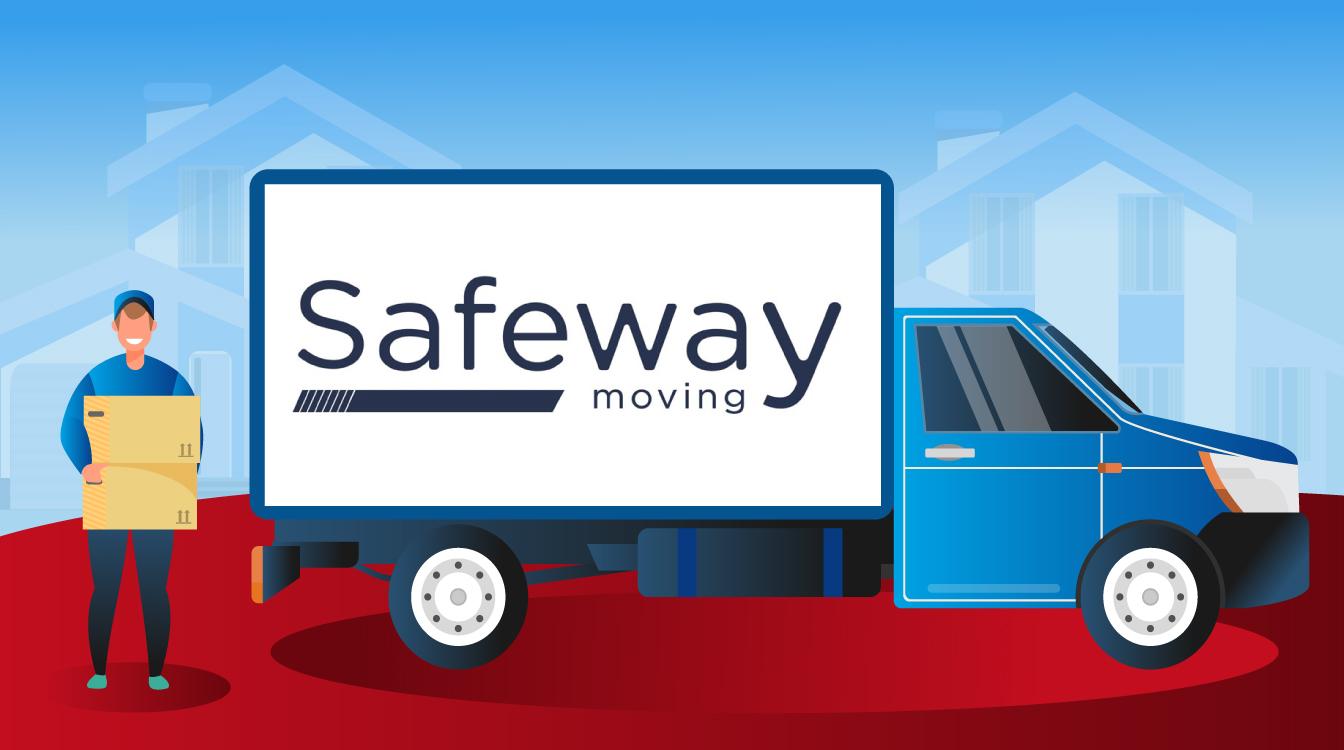 How does Safeway compare to other professional movers?

Read More
Jump to the Safeway review section that you’re looking for:

Based in Chicago, IL, Safeway Moving Systems INC is a well-established broker that focuses primarily on cross-country or long-distance moves. They are affiliated with the Safeway Logistics subsidiary that is based in Indianapolis, Indiana.

Want to receive $500 towards your move? Check out the Better Moves Project by moveBuddha to learn how!

How much does Safeway charge?

Obtaining a price quote requires speaking with a company representative. No instant or ballpark pricing is available from the website. Safeway promotes its binding estimate that has no “hidden” surcharges or fees.

They are currently offering a $100 discount voucher toward packing materials such as boxes and tape as part of their St. Jude sponsorship program. It’s not unusual to speak to a representative, but many professional movers will give you a ballpark on their website about the cost of moving to a new home depending on your household goods.

For a quick personalized quote from a top mover, check out our moving cost calculator.

How are Safeways Customer Reviews?

On Yelp, Safeway Moving Systems has merely eight reviews with an overall rating of 1 star. It is important to recognize that Safeway Moving Company also has a page on this platform with significantly more reviews. It is a strong possibility that some complaints may have been accidentally misdirected among these two separate organizations.

Safeway Moving Systems is registered with the USDOT has an overall rating with the Better Business Bureau (BBB) of A-. They had previously maintained a perfect rating; however, the BBB has received 19 complaints in the prior three years and 11 complaints in the past 12 months.

The BBB explained that at least one “unresolved” complaint prompted the lower rating.

Many of the BBB complaints involved delays in arriving for pick up and others where they didn’t reach the destination according to schedule.

Some customers seem to misunderstand that the pickup date on the agreement generally has a two-day “window” of time. A couple of complaints were from those who had overlooked that part of the contract.

Some of the complaints involved customers who had an unpleasant moving experience and were abruptly surprised when they realized that Safeway contracts with carriers to perform the move. A few of these individuals felt that they were duped into believing that Safeway was not simply a broker.

A company representative does respond to most complaints and makes a genuine effort to resolve concerns. It’s interesting to note that all current BBB complaints were classified as delivery issues or product and service problems. (see chart)

How is Safeway’s Customer Service?

Complaints about Safeway are in line with the most common complaints we see across all moving companies. The two most common communication problems involve the variables that may change the quoted price and the timing the moving truck will arrive for packing, loading, etc.

Some Safeway customers were caught off guard when the final billing calculation was made. Others accused the carrier of showing up the next day or delaying the arrival time last minute.

While these and other terms are clearly stated within the contract the customer signs, customers commonly pay little attention to these critical details until there is an issue. For example, the quoted price was based on 100 cubic feet of space, and the actual amount of space necessary was 120 cubic feet will usually result in an increase in price. Again, there are plenty of legitimate reasons an estimate can be adjusted on move day and Safeway follows industry best practices in this regard.

The other common occurrence is the customer who speaks with the Safeway sales rep often feels that the day they requested for the truck’s arrival for moving was confirmed. Often, the sales representative will verbally confirm or suggest that the customer’s scheduling request will be honored.

Should You Consider Safeway Moving Systems for a Move?

If you’ve done any research on the moving industry you’ll know moves rarely go perfect. There is always some kind of issue; some worse than others. And problems typically stem from some kind of miscommunication.

What’s unique about Safeway is they’ve built a system of followup and quality assurance throughout the moving process.

This greatly reduces the frequency of problems. The company’s focus on quality is a big reason why they made our best interstate moving companies list.