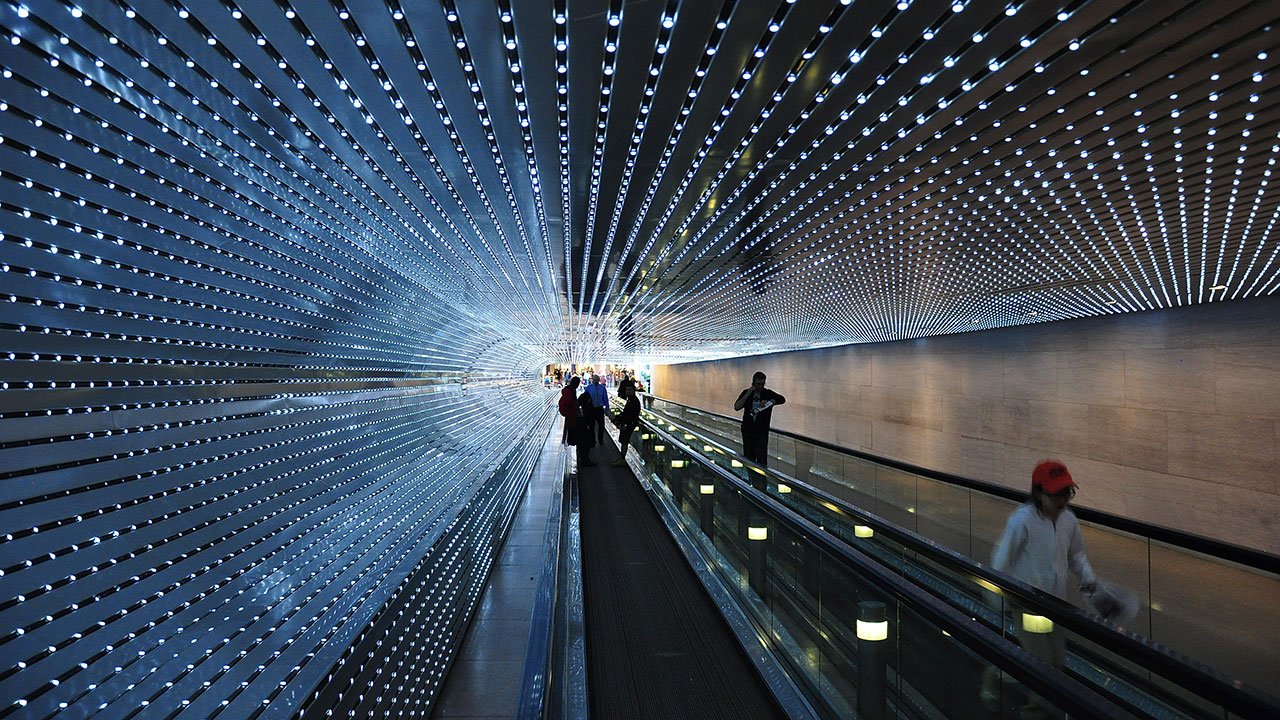 Washington DC is a fast-paced city, full of politicians, lobbyists, lawyers, and other various world-beaters.

To get a better idea of migration trends in and out of DC we took a look at the data from our moving cost calculator to see the most popular areas in the country attracting people to and from the DC area. 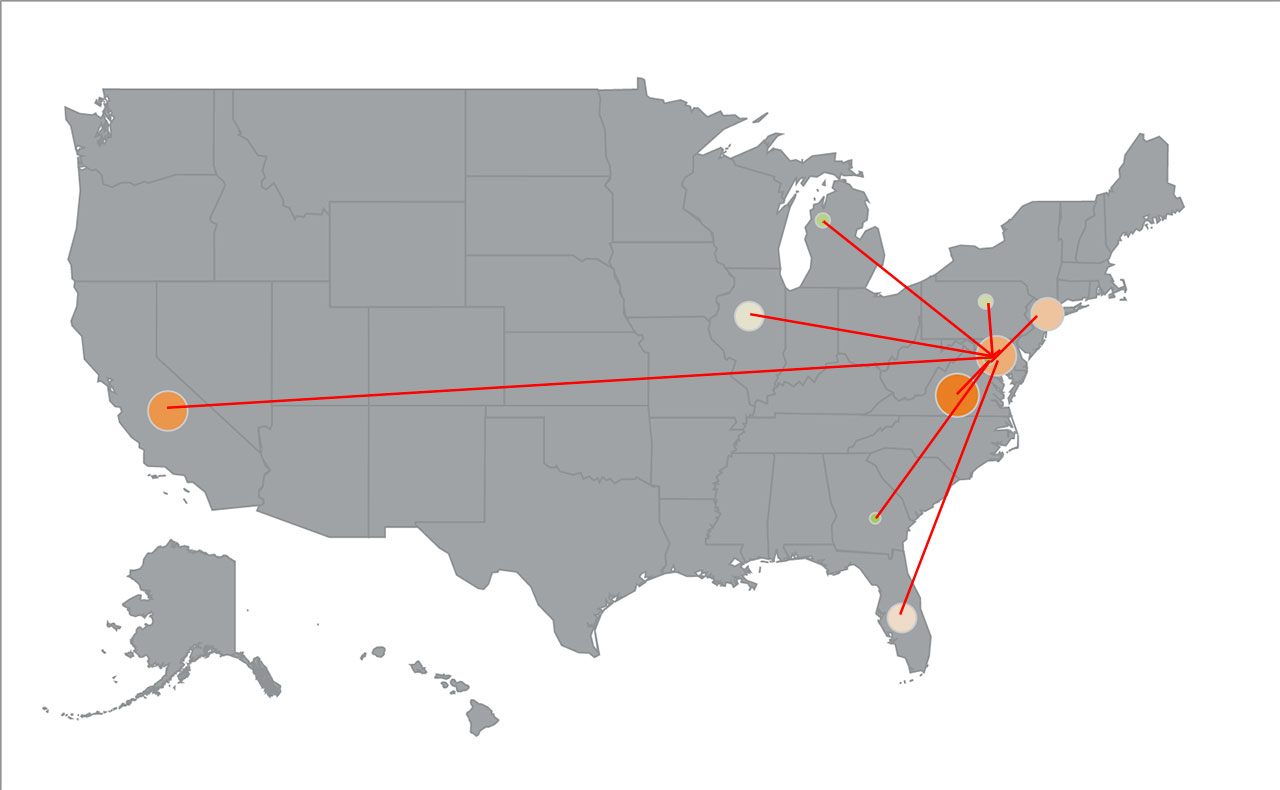 You’ll notice states with the largest populations like California, New York, and Florida are moving to DC.

Another common trend is seeing states in close proximity to DC like Virginia, Maryland, and Pennsylvania are moving there.

There are also a few Midwestern states like Michigan and Illinois who made it on the list, most likely due to areas like Chicago and Detroit.

But let’s focus in on the specific cities a bit…

Where are people moving to DC coming from?

The best way to get an idea of what attracts people to DC is by looking at which individual cities the most people are coming from, so we’ve sorted out the top ten cities migrating to the nation’s capital. 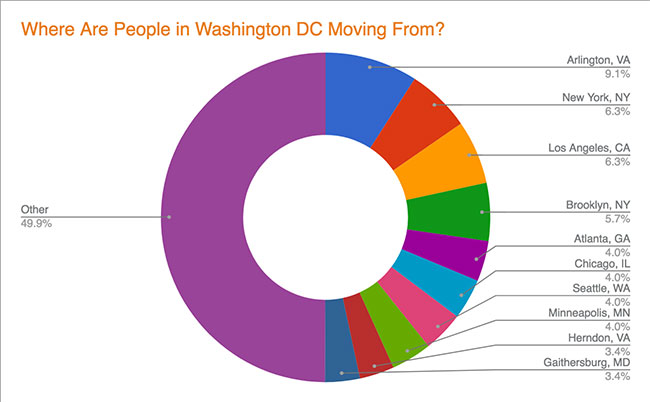 The list of cities sending the most people to Washington DC is pretty much split evenly between two distinct categories.

On one hand, you have the major US cities like Chicago, Los Angeles, and New York. The only real outlier is Minneapolis, which is a big city but not exactly on the scale of others.

And then there are the cities near DC which include Arlington, Herndon, and Gaithersburg who largely operate as large suburbs of the city. This falls inline with a recent national trend of inner city living becoming more popular.

So, now that you’ve got an idea of who’s coming to DC, let’s look at where people are going.

Where are the people leaving DC going?

Examining the places people leave a city for can be just as enlightening as knowing what drew them there in the first place. 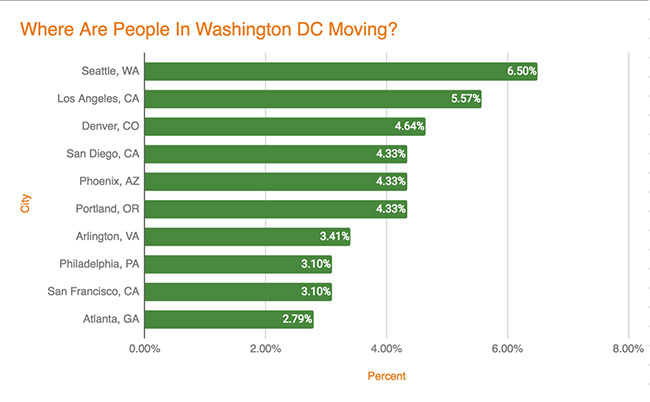 Top 10 Cities People in Washington DC Are Moving to 2018

Once again, major cities get a lot of attention here.

There’s also the reappearance of Arlington, largely due to the fact that it’s within commuting distance to DC.

Generally, it seems like people in Washington are heading to the West Coast and the South, maybe looking to get away from the frigid winters.

But you tend to get a clearer look at the state of migration to and from a city by putting all of the data together.

Since there’s so much overlap between the places people come to DC from and the places they leave it for, taking the net totals of migration into account is usually the best way to see exactly what volume of people are coming from that area. 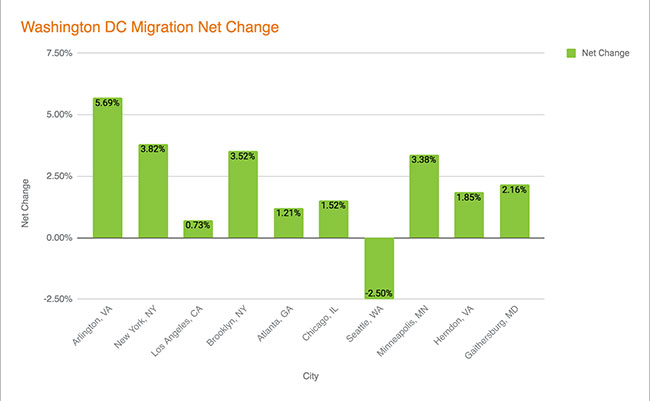 The most striking detail here is the overwhelming volume of people entering DC as opposed to leaving it.

Because it’s so close, DC gained more people from Arlington than any other city in the top ten.

Interestingly, of the top ten cities, the only city more people left DC for was Seattle.

Hopefully, this has given you a better idea of what type of people are moving to Washington DC whether you’re planning to leave or about to make the move yourself.

Our Data:
The above migration trend analysis is primarily based on usage data from our moving cost calculator tool along with information from the US Census Bureau.