Did you know that when you move can be the reason you end up paying up to 30% more for your relocation?There are tons of moving (intentional pun) pieces in the moving industry that can impact your overall experience.

When you move can affect how much you pay and the quality of your move. It can all get overwhelming if you are trying to figure all of this out on your own.

Since moveBuddha has helped thousands of Americans move, we know the ins and outs of the industry. We have created a comprehensive breakdown to help you choose the best moving season for your move.

But before we get started, here are some other links that might help:

Winter is the best season to move because there are fewer people moving. Peak moving season is in the summertime where prices are far higher and moving companies have less availability.

Pros and Cons of Moving in Winter (December-February)

Pros of Moving in Winter

Cons of Moving in Winter

Pros and Cons of Moving in the Spring (March-mid May) 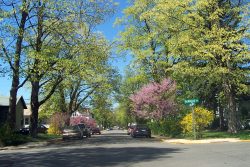 Pros of Moving in Spring

Cons of Moving in Spring

Pros of Moving in Summer 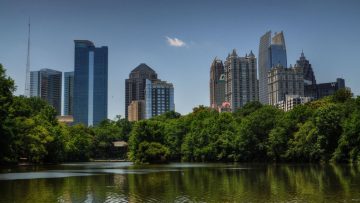 Cons of Moving in Summer

Learn more about how to protect your items and other must-know tips for summer moves.

Pros and Cons of Moving in Fall (mid-September- November)

Pros of Moving in the Fall

Cons of Moving in the Fall

The middle of the month is the best time to move.

Most leases turnover at the end of the month so people are apartment hunting and trying to move in those last few days.

Which is why there is less demand for moving companies mid-month. And since it’s slower, movers are typically more affordable and more flexible with their scheduling mid-month.

Now, if you have to move at the end of the month that’s fine. Just make sure to book a moving company well in advance.

Besides the time of the month, the day of the week is essential to consider when moving.

Here’s how annual moves actually break down by day of the week:

The best day of the week to move is Tuesday because it’s the slowest day of the week for moving companies. Wednesday and Thursday are also good times to move. Most people have to move during the weekend to avoid missing school or work. That’s when moving companies have more demand. If you cannot avoid your move date on a Friday or Saturday, make sure to book your move in advance.

The earlier the better. If you can be the first move of the day for a moving company, do it.

Movers are going to be less tired and fresher in the morning than after moving two other houses that day. We have to remember that movers are people and they can make mistakes. The best way to minimize the possibility of mistakes is by booking them early in the morning.

As I mentioned earlier, it’s a reality of the moving industry that movers can cancel. Be the first move of the day to avoid delays or cancellations.

If you are moving locally, movers get paid by the hour. Movers are more likely to work quickly in the morning; before they’re tired. By booking early in the morning, you can save yourself money.

It’s the little decisions you make when you’re moving that can end up saving you a lot of money. Booking in the early morning is one of those things. Also, if you get to move early, you can spend the rest of the day unpacking your new home.

No matter when you decide to move, the earlier you book your moving company, the better. Check out our moving cost calculator for an instant moving estimate.

What is peak moving season?

In the moving industry the four months between mid-May and mid-September are known as the “peak season.”

On the flip side, the fall, winter and early spring months are referred to as the “non-peak season.”

How do I pick my moving date?

That said, for those who do it’s always best to move during the –

Fall, winter or early spring
Middle of the month
Weekdays as opposed to weekends

Remember, in addition to significant savings, moving during the non-peak season often means better service and quicker delivery times if you’re relocating to another state.

What is the cheapest month to move?

You’ll pay much lower rates if you move between October and March when most moving companies operate well below capacity.

However, if you’re locked into moving during the peak season you may still be able to take advantage of non-peak discounts if you book your move months ahead of time.

For example, if you have to move at the end of June, consider booking your move as early as March or April.

Local and intrastate movers in regulated states may not be permitted to increase their prices during the summer.

On the other hand, since long-distance movers aren’t subject to state regulations, they can (and do) increase their rates seasonally.

What is the cheapest time to move?

To get the most bang for your hard-earned dollars, shoot for a moving day that falls-

What is the most expensive time to move?

Just remember that if you’re heading out of state, moving on a Saturday probably won’t cost you any more than moving Monday through Friday, but if you need a pick up or delivery on a Sunday you’ll probably pay more.

When can you expect the best service?

Why is service usually better during the non-peak season?

Tom Petty said it best – “The waiting is the hardest part…”

As a driver for a big national van line during the ‘90s, I was often one of hundreds of drivers stuck at truck stops across the country waiting for loads.

In states like California in the fall and winter, it often took weeks.

With most van lines, drivers with empty trucks take a number and wait in line, but in some instances the best drivers (those with the lowest claims) get assigned loads before those who’ve been waiting longer.

This means that customers are much more likely to get top-notch drivers during the fall and winter, because during the summer loads are usually assigned based on availability only.

That being said, you can ALWAYS expect good service when you choose a vetted, and high quality moving company.