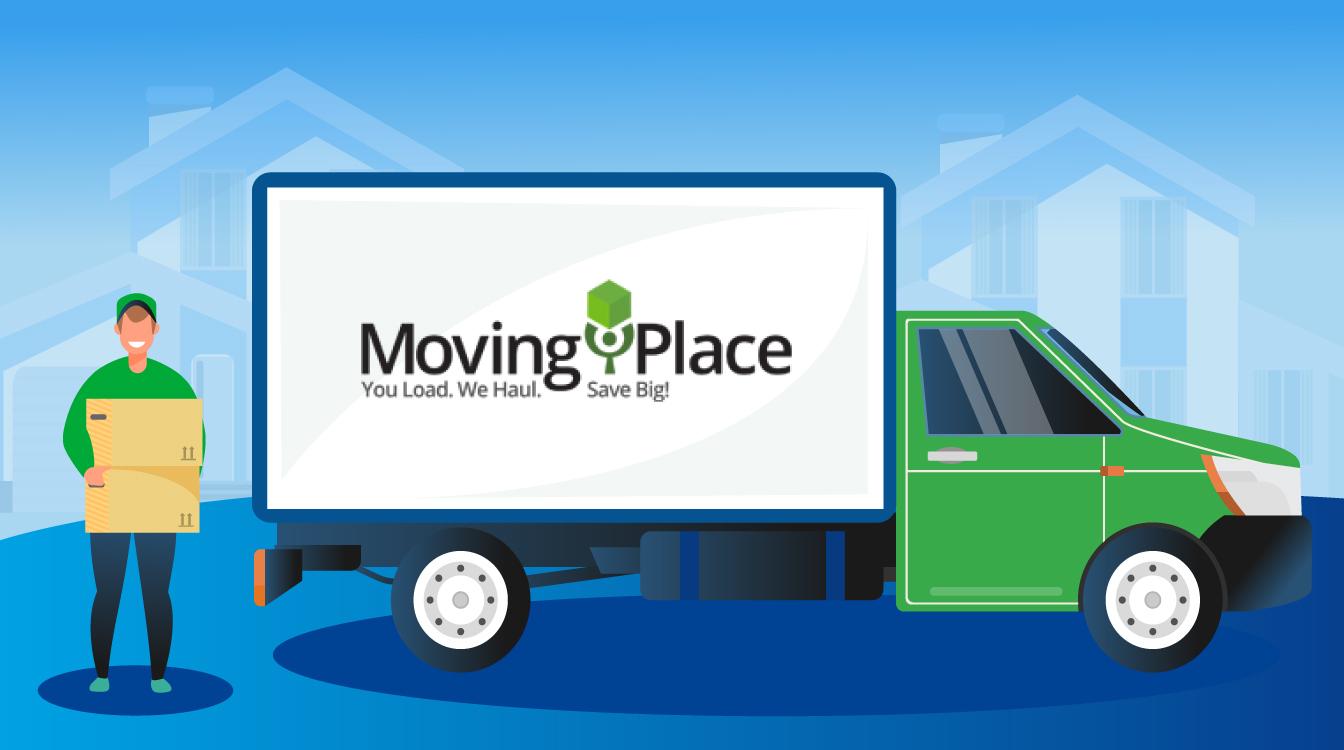 Jump to the MovingPlace review section that you’re looking for:

MovingPlace is a “self-service” moving option based in Lutz, Florida

The Good: The Majority of Customers are Satisfied

MovingPlace’s customers appear overwhelmingly satisfied in most cases. They keep things fairly simple with two truck sizes, automobile transportation, and limited storage services being the extent of those offered. When complaints are posted online, a representative from the organization generally responds to correct the problem.

Several customers were frustrated when their car was not picked up according to schedule or arrived late at their new house or other destination. This is no surprise, as the automobile transport business is mostly composed of owner/operators that move the vehicles and brokers that handle the sales process. This commonly results in poor overall outcomes.

Rates vary based on location, time of year, demand, and other factors.  The organization markets itself as an affordable alternative to renting your own truck, particularly for moves longer than 250 miles.

Although the company is properly insured, they don’t offer customers additional insurance (valuation) coverage options for purchase. This is understandable because all items are loaded, unloaded, and packed by the customer themselves.

On Google, the company has more than 130 reviews with an overall rating of 4.5 of 5. One complaint that several customers made involved getting repeated calls, texts, and emails from other companies after receiving a quote from MovingPlace.

In these cases, the customer did receive a price quote from MovingPlace; however, they chose to go with another company or moving option. This implies that they provide other organizations with their unsuccessful “leads” in some shared marketing arrangement.

A few customers complained that items shifted within the truck during the move and were damaged. It’s possible that the customer carelessly loaded their belongings in the transport vehicle or failed to properly strap things down.

On Yelp, they had an overall rating of 3 of 5 stars. A couple of customers had problems resulting from the truck being unable to fit down their narrow street or driveway. This is likely the case for those who booked a 53’ tractor-trailer.  One customer had several items arrive at the destination that was severely damaged.

A MovingPlace representative explained to them that the customer is responsible for loading, properly securing, and unloading the items.

Customer feedback suggests that MovingPlace is often more affordable compared to PODS, Vanlines or a U-Haul and may offer greater flexibility. Although similar to PODS, this is not truly an “apples-to-apples” comparison. For example, the standard MovingPlace truck is 28’, while you would need both a 16’ and a 12’ PODS container to have equivalent space.

MovingPlace has been accredited with the Better Business Bureau (BBB) since 2018 and maintains a rating of A+. They have had one complaint in the past three years, which was more than two years ago. The lone complaint involved a billing-related discrepancy and that some of the transported items were splashed with an oily substance.

Should You Consider MovingPlace for a Move?

MovingPlace is a viable overall option for those who will handle the loading and unloading of their belongings themselves or hire some local labor.

Customers may take up to three days at the site of loading and at the destination for unloading, which is good considering they use trucks rather than mobile storage unit-type containers.

Those choosing to use the MovingPlace must recognize that the company doesn’t assume responsibility for items damaged during transport that result from poorly loading and insufficiently securing the belongings within the transport vehicle.

They provide exclusively long-distance moving services; therefore, those moving locally should look elsewhere. The truck sizes are either 28’ or 53’ and partial loads are separated from other customer’s loads using moveable wall-type partitioning.

They offer automobile transportation services nationwide; however, the full-service option tends to be less consistent compared to their moving transport services. They offer competitive prices and don’t overcharge on their quotes.