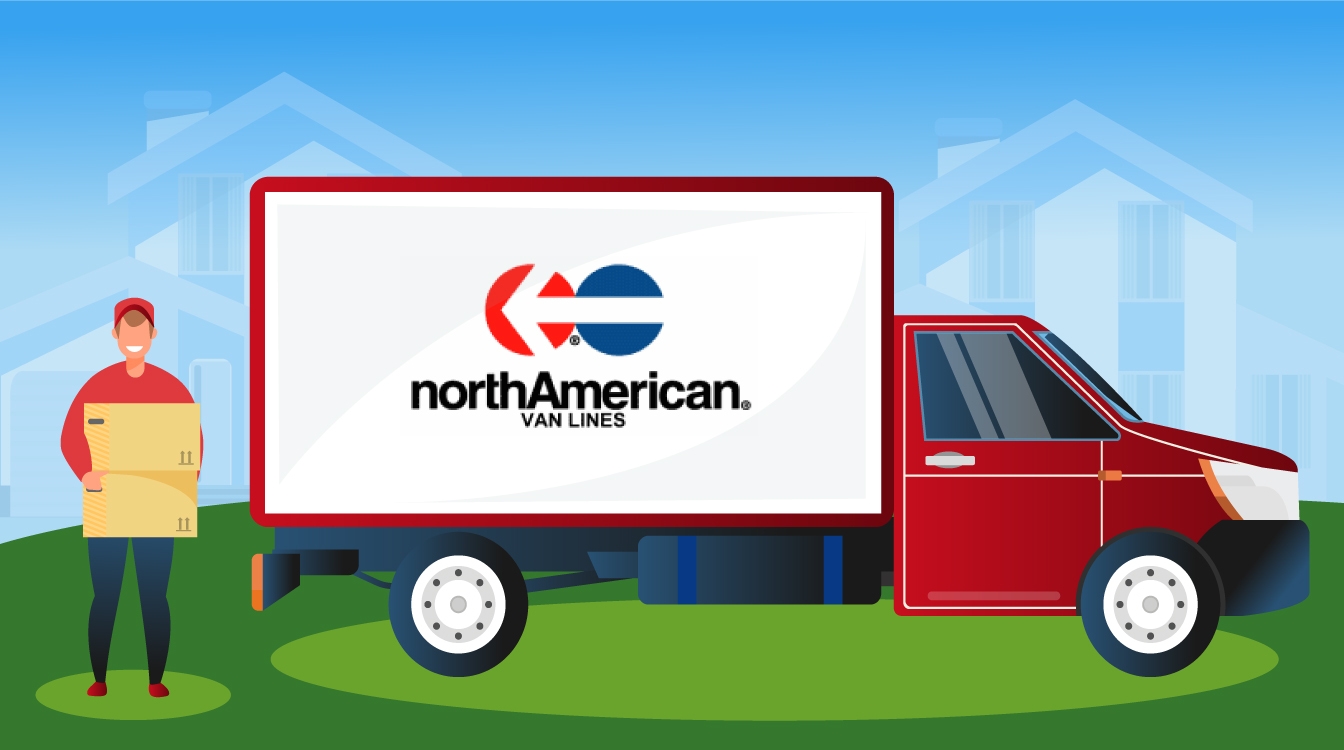 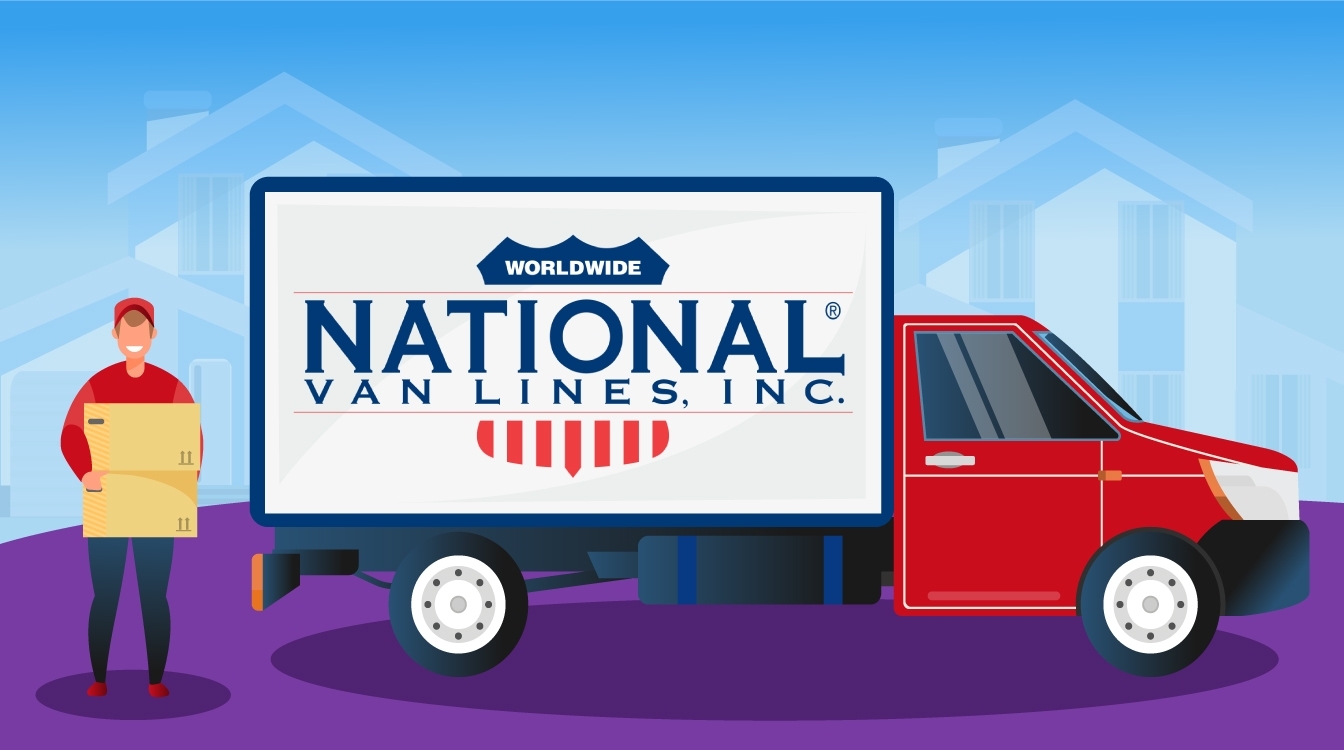 Overall Opinion: Both of these organizations are well-established companies that offer full-service capabilities in the residential, commercial, and government markets.

National Van Lines is a privately-held organization established in 1929 that has been progressive in deploying technology in many key areas of operations.

The primary drawback is that they have several local domestic markets without a current local agent.

North American Van Lines (NAVL) is a massive corporate carrier first established in 1933 that now merged with Allied Van Lines. They have excellent real-time tracking tools and a very robust domestic agent network. The main drawback is that it seems that many of the local agents use movers that are somewhat indifferent as it relates to preventing damage to items being transported.

What we love: Blue Express Program

The North American Blue Express program is designed for corporate employees that are relocating. The program has a total weight limitation of 4,000 pounds. Customers are provided with definite loading and unloading dates and packing services are included (unpacking is extra). Valuation protection coverage is included in the rate.

Here, a crew of professional movers will load a portable moving container and later unload it at the destination. These moving containers are similar to those offered by Pack-Rat, PODS, and the U-Haul U-Box program. This process is managed by a central Personal Move Representative

What we don’t love: Some Local Agents Employ Careless Movers

Customer feedback suggests that some of NAVL’s local agents have inconsistent quality employees. Online reviews indicated that many movers act carelessly and create damage to either home itself or the belongings that are being moved. This results in too many claims of property damage and disgruntled customers.

What we love: The ReloQuote Virtual Survey System

The development of the ReloQuote system for “contactless” estimates is an excellent tool, particularly amid the COVID-19 pandemic.

Customers can use a smartphone or other recording device to capture a detailed inventory of items that are used to generate a quote. They also use FaceTime to successfully complete this process that is consistent with social distancing guidelines. The feedback online from those who have used these options is largely positive. 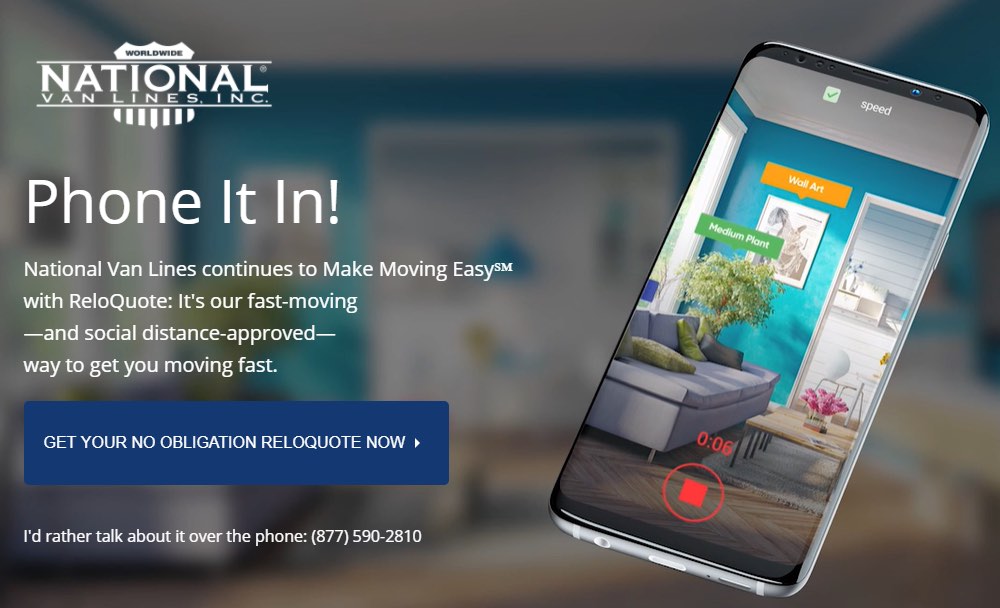 What we don’t love: Service Area Limitations in the U.S.

We have found that National Van Lines has some significant parts of the country without a local agent. Some of the states without an agent included Arkansas, Louisiana, Mississippi, New Hampshire, Vermont, and Wisconsin. Major metropolitan areas with no local agent include Atlanta, Jacksonville, and Memphis.

This creates concerns when one of the locations is the origin or destination of a move. National will likely need to subcontract with a local moving company that has not been approved as an agent and may not adhere to the same quality standards. It should be noted that the company is still actively expanding its agent network according to reports on its website.

North American Van Lines seems to a local agent in the vast majority of major U.S. cities. We did identify several gaps within many U.S. states and major metropolitan areas where no local agent existed.

Neither organization provides online pricing and requires interaction with a customer representative. North American did post some estimated ranges. These include an average cost of $2,300 for local moves and interstate moves averaging between $4,300 and $4,800.

Neither company offers any specific discounts currently; however, local agents may have promotional discounts and other incentives.

Both of these companies are viable options for local, national, and international moving and relocation services. They share some similar areas of concern including that too many customers have items lost or damaged during the move or transport process. These companies are both high-volume operations that focus primarily on state-to-state and international moving projects.

At the local level, agents may have limited storage capabilities and employ inconsistent quality staff. Local moves are handled exclusively by the local independent agent but can still reflect poorly on the national corporate affiliate. Customers are encouraged to purchase the upgraded full-value or complete compensation protection plans that are insurance-type plans.