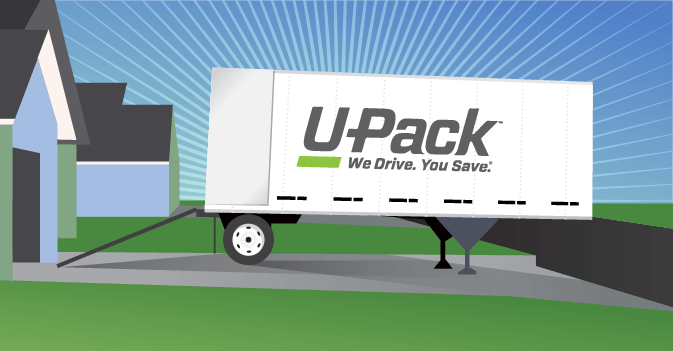 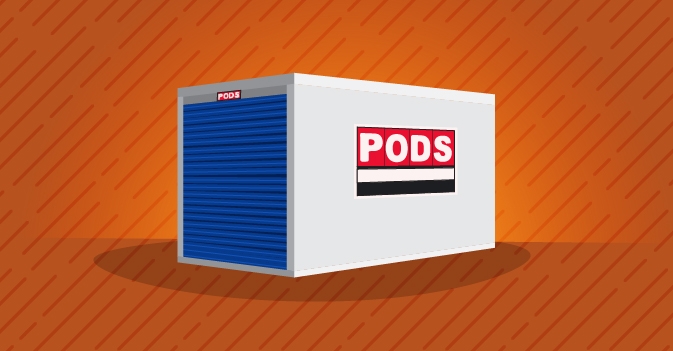 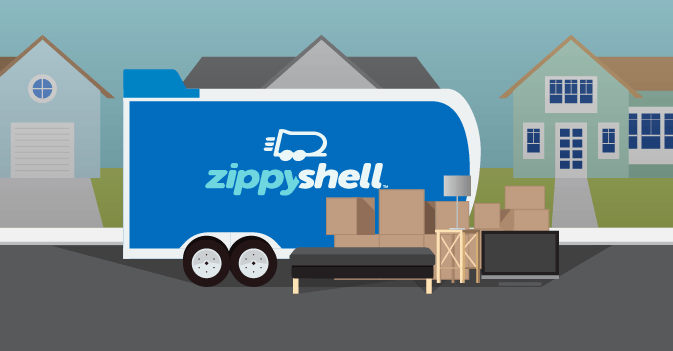 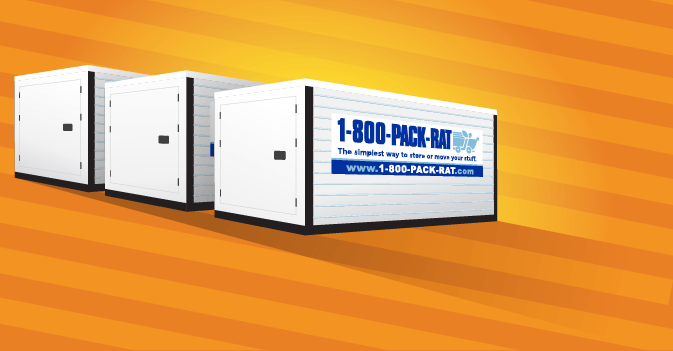 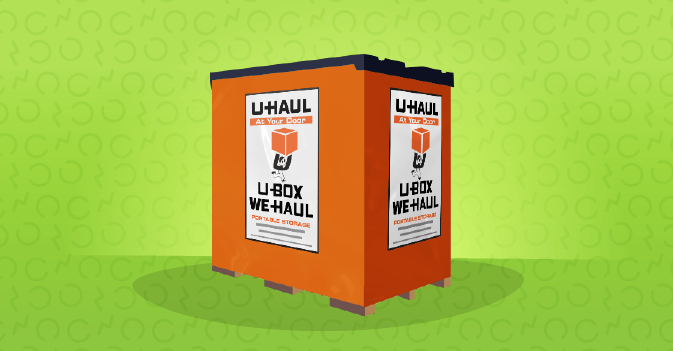 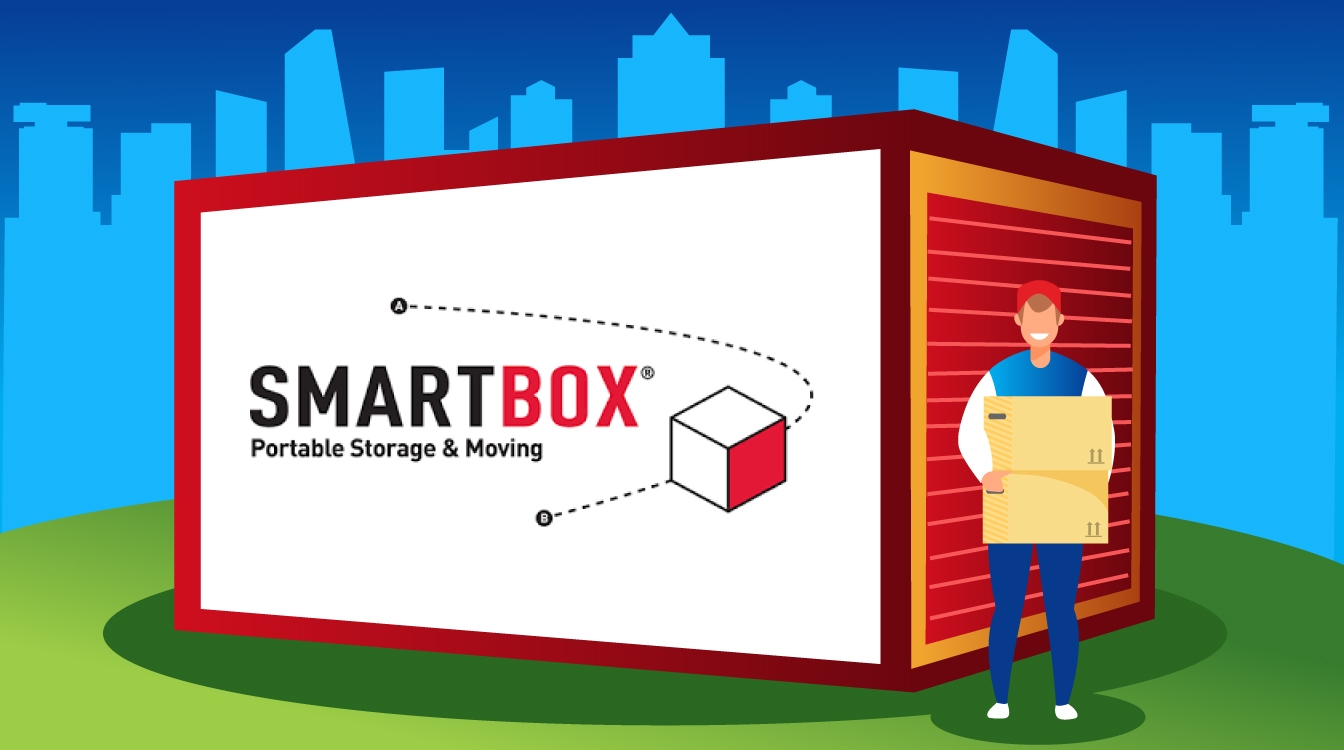 Do an internet search for “largest moving companies” and your results will include everything from consumer reviews and advertisements, to business articles and YouTube videos on how to pack dishes.

According to moving industry statistics:

Factor in local, full-service, and DIY moves, and it’s no wonder that revenue is measured in the tens of billions of dollars annually.

By some estimates, there are more than 5,000 national service providers spread across multiple sectors.

Many are relatively small independent players, but others are large corporations with vast resources and extensive coverage areas.

Let’s take a look at some of the largest and what we recommend.

The best moving company for you will depend on the nature of your move, however here are a few general ideas that tend to be true.

Due to their reach, van lines will always be an option. However, for most people moving out of state, their resources are overkill and you end up overpaying for a routine move.

For international moves, the resources and reach of van lines comes into play so we recommend working with them.

If you’re moving out of state on a budget, look into moving container companies.

If you’re moving locally and need to do it yourself, a rental truck is your best option. 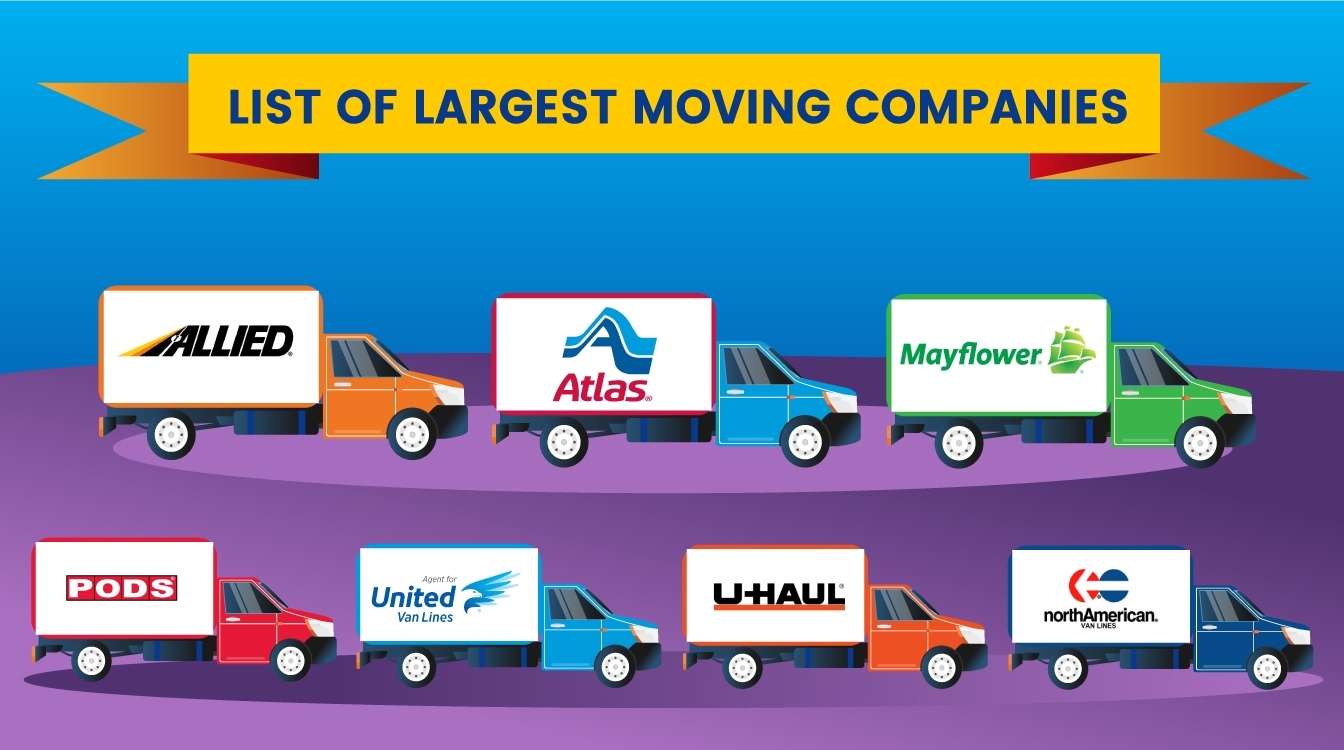 The van line model has been around for more than a century, but really came into its own in the mid-20th century as Americans became more mobile due to:

In the past few decades, some of the industry’s largest companies have merged to create the largest relocation services powerhouses in the United States, which is why many of the ones below are listed together.

Van lines can be ranked based on a number of factors including revenue, number of trucks, and the size of their agency network, so lists vary.

Whereas van lines derive most of their business from interstate moves, franchises tend to focus on local and regional ones.

In many ways moving franchises are the best of both worlds, because they’re independently owned and operated but offer customers many of the benefits of working with a national company, so they’re great choices if you’re looking for local movers.

Below are some of the largest:

Though moving container companies usually get lumped in with other DIY move options, they’re different in that they provide the transportation between your old and new homes, which is a big plus for consumers who’d rather not drive a clunky moving truck.

With their service, they bring an empty container to your home or business, you load it, and when you’re done they pick it up and deliver it to your new address.

You’ll need to unload it yourself as well, but it’s convenient, flexible, and often relatively inexpensive.

The biggest container moving companies include:

Truck rental companies have been the mainstays of the Do-It-Yourself segment of the moving and storage business for decades.

They’re popular options on both local and long-distance moves, but due to recent economic factors like migration trends and supply and demand, they’re now nearly as expensive as professional movers in some instances.

For that reason, it’s always wise to consider comparing quotes from the best movers during the pre-move screening process.

The top truck rental companies are:

Whether you’re storing a boat or patio furniture for the winter, moving into a smaller home, or decluttering a garage or basement, storage services will probably be a necessity.

There are thousands of storage facilities in nearly every city and town across the country, and they offer a variety of options including climate-controlled, outdoor, and drive-up storage to fit most needs and budgets.
Insider’s Tip
Competition tends to keep mini-storage prices reasonable, but be warned, hidden charges often lurk in the fine print of storage contracts, so don’t sign on the dotted line until you’ve read yours thoroughly.

The largest self-storage companies are:

In the old days customers were limited to using a full-service moving company or doing everything themselves.

Now, however, there are tons of hybrid options that let families on the move choose the services they want and combine them into one unique, efficient, and affordable package.

Regardless if you’re renting a truck and moving across the country or hiring a container moving company and moving to the other side of the state, moving labor providers are perfect if you’d rather not spend multiple days lugging heavy dressers, boxes and appliances up and down stairs and into and out of trucks.

The largest moving labor companies are:

1. What are the best options for an international relocation?

Due to their abundant resources, expertise, and global reach, it’s usually best to use one of the large national van lines if you’re moving to a different country.

2. Are moving containers OK for local moves or is it better to rent a truck?

Moving containers can be used for local moving, and they’re especially good options for those who don’t feel safe driving a moving van.

3. Why are moving costs and truck rental prices so high in California and New York?

New York and California, along with other states like Illinois, Indiana and Connecticut are experiencing large numbers of residents leaving, and the demand for trucks and moving services has caused prices to rise, sometimes significantly.

On the other hand, moving from states like Colorado, Arizona, Washington, and Idaho is usually less expensive.

4. What’s the best way to handle a corporate relocation?

If you’re relocating for work, it’s always a good idea to ask about or negotiate a relocation package with your company before accepting the position.

5. How can I be sure I’m using a reputable company?

It’s not easy, but there are lots of great resources to help you vet the companies you’re considering working with, like the Better Business Bureau (BBB), and the American Moving & Storage Association (AMSA), a trade organization for households goods movers.

Whether you’re looking for a storage company or a transportation services provider, getting a moving quote doesn’t have to be a hassle.

You can spend hours online and on the phone getting quotes yourself, or you can benefit from the legwork we’ve already done with our moving cost calculator.